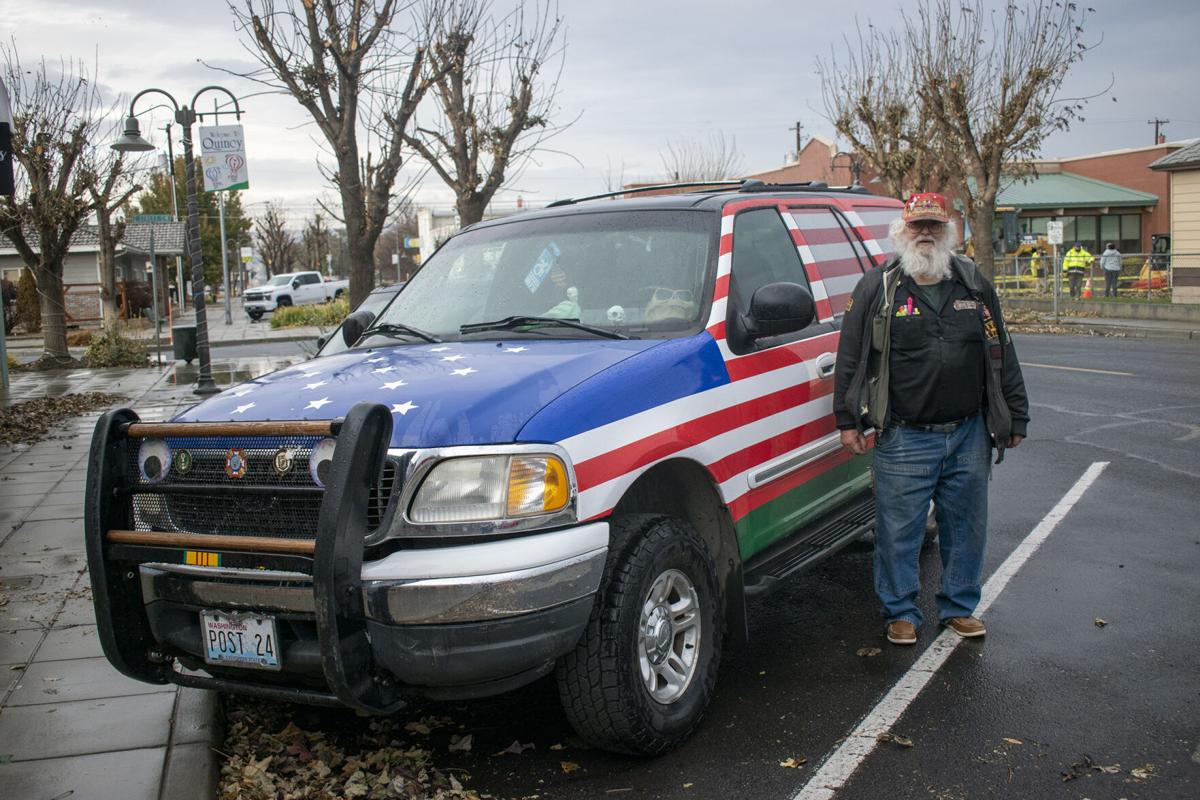 Mark Owens’ distinct vehicle is adorned with the American Flag. 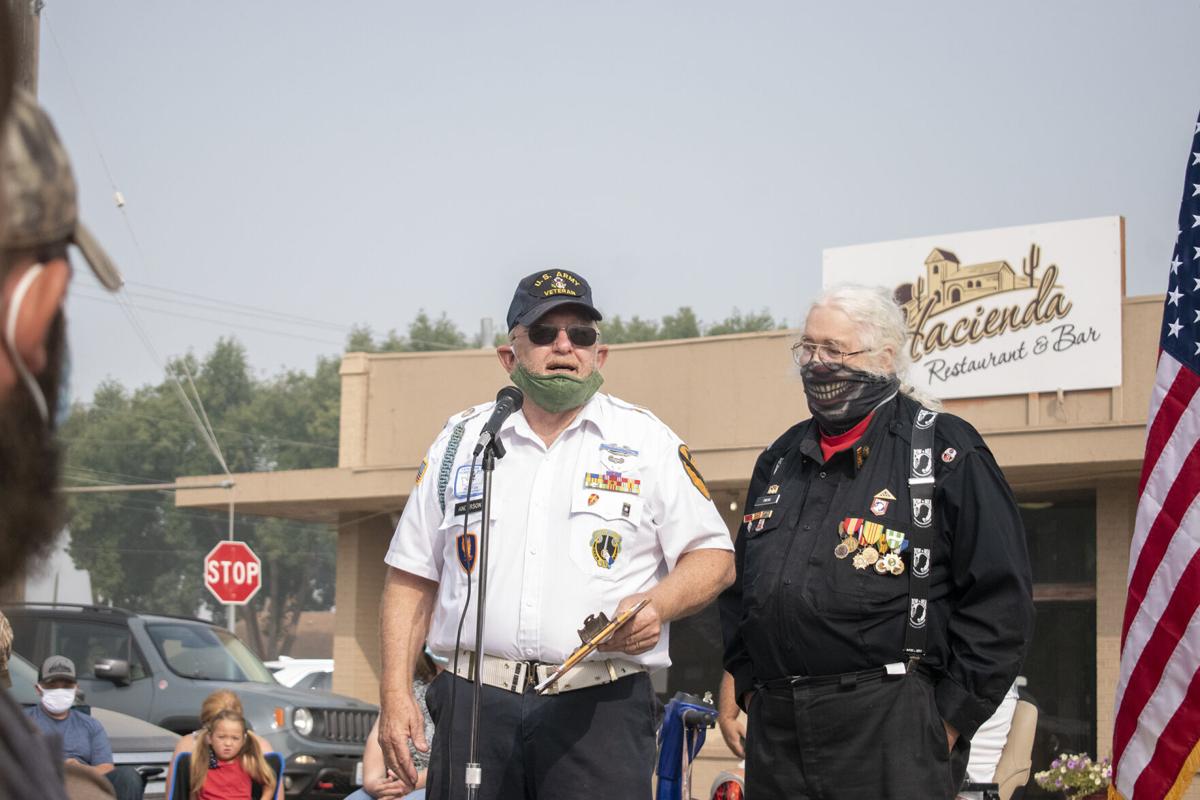 Phil Anderson and Owens at a ceremony at the Veteran’s Recognition Wall in which new name plates were added.

Mark Owens’ distinct vehicle is adorned with the American Flag.

Phil Anderson and Owens at a ceremony at the Veteran’s Recognition Wall in which new name plates were added.

Owens’ service began the day after his twentieth birthday. On May 18, 1969 he joined the U.S. Army in Seattle. For the two years prior, he had been dealing with obtaining a release for a medical issue that restricted him from joining earlier.

Owens came from a family of veterans. Both sides of his family had numerous veterans who served in multiple branches of the military and fought in conflicts such as WWII, Korea and Vietnam. He had always known he wanted to serve in the military since he was a kid, Owens said.

Owens attended basic training at Fort Lewis-McChord before going to Fort Leonard Wood in Missouri for individual training. Owens said that those who spent time there called Fort Leonard Wood, “Fort Lost in the Woods.”

In November of the same year he joined, Owens was deployed to Vietnam. This month is the 50th anniversary of his return from Vietnam. He was a part of Company B 577th engineer battalion, 35th group 18th engineer brigade stationed in the Duc Trong District.

Owens helped build infrastructure such as bridges and roads for the year he was there. He said that he experienced mortaring, and that one of the most surprising parts of Vietnam was the conditions that people were living in there.

When he returned to the states, Owens was stationed at Fort Benning, Georgia for a year and half. While there, he helped rebuild the barracks to have two-man partitions and then eventually be two-man rooms. He was transferred into infantry school there and took care of two WWII barracks for the remainder of his stay.

Once his three years of active service were up, Owens chose to spend the remaining three years in the reserves. He chose to drive back to Washington from Georgia. Along the way home, he stopped for the winter and worked in Indiana.

It wasn’t until 1994, nearly 25 years after he joined the Army, that Owens joined the American Legion in Quincy. He was a historian for the organization by being a photographer for the group. The next year, his uncle was visiting and he decided to take him down to the legion hall. The local VFW happened to be meeting and that’s when Owens became involved in the VFW.

In 1996, Owens became Post Commander and in 2011 became the Quartermaster. Since he joined, VFW Post #24 has grown from 24 members to 205. The post also has grown to cover most of Grant County.