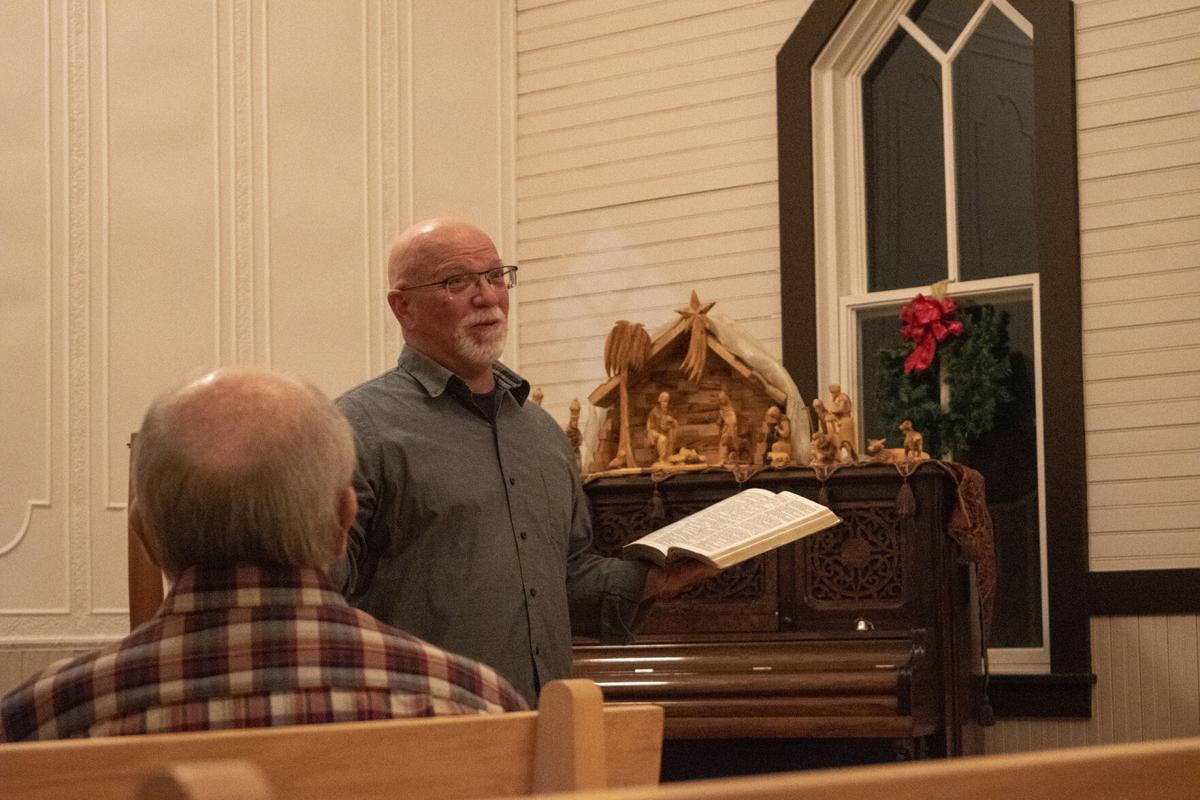 Jess Slusher reads from the Bible and blessed the service. 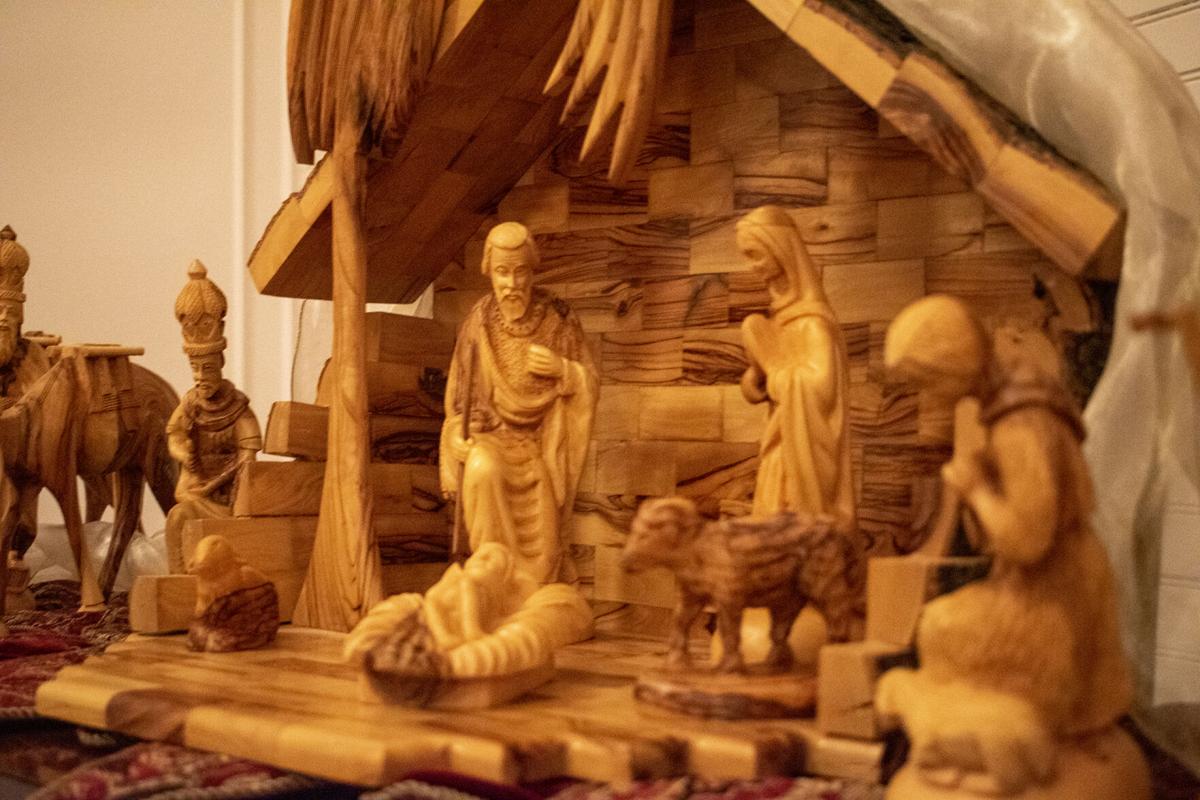 A wooden nativity scene adorned the top of the piano.

Jess Slusher reads from the Bible and blessed the service.

A wooden nativity scene adorned the top of the piano.

The Quincy Valley Historical Society and Museum hosted the annual old fashioned Christmas on Dec. 20 at the Pioneer Church. The service included the telling of the Christmas story from the book of Luke, a story book reading, singing of Christmas Hymns and the lighting of the tannenbaum(Christmas tree).

Normally two services are held with about 80 in attendance at each service. This year however, could only accommodate 30 per session. The first service was cancelled and the second session only had about 20 attendees.

Harriet Weber, Director of Operations for the Quincy Valley Historical Society and Museum, conducted the program.

The program included a telling of the history of Christmas in Quincy and of Pioneer Church. The church was completed in 1904 and was used by different faiths in the community. Within five years, other church buildings were built and the Pioneer Church changed hands multiple times over the next hundred years. In 2006, for the centennial in 2007, the Pioneer Church was purchased by St. Paul’s Lutheran Church as a combined part of the centennial celebration of Quincy and the church. It was then donated to the Historical Society to be restored and moved to the Historical Society grounds. It is now a community gathering place like it had been in its early years. The program included German Christmas songs in honor of the German roots in Quincy. German-Russian immigrants were responsible for the building of Pioneer Church.

Weber also compared that this year and Christmas may be similar to the gloom felt in Quincy a hundred years ago, in 1918. That year, a 19 year old Quincy Valley resident was killed in October on Flanders Fields during WWI. In November, three local sisters died within weeks of each other during the Spanish Flu epidemic.

Jess Slusher, Pastor of Quincy Faith Community Church blessed the service and the candles on the Christmas tree were lit.