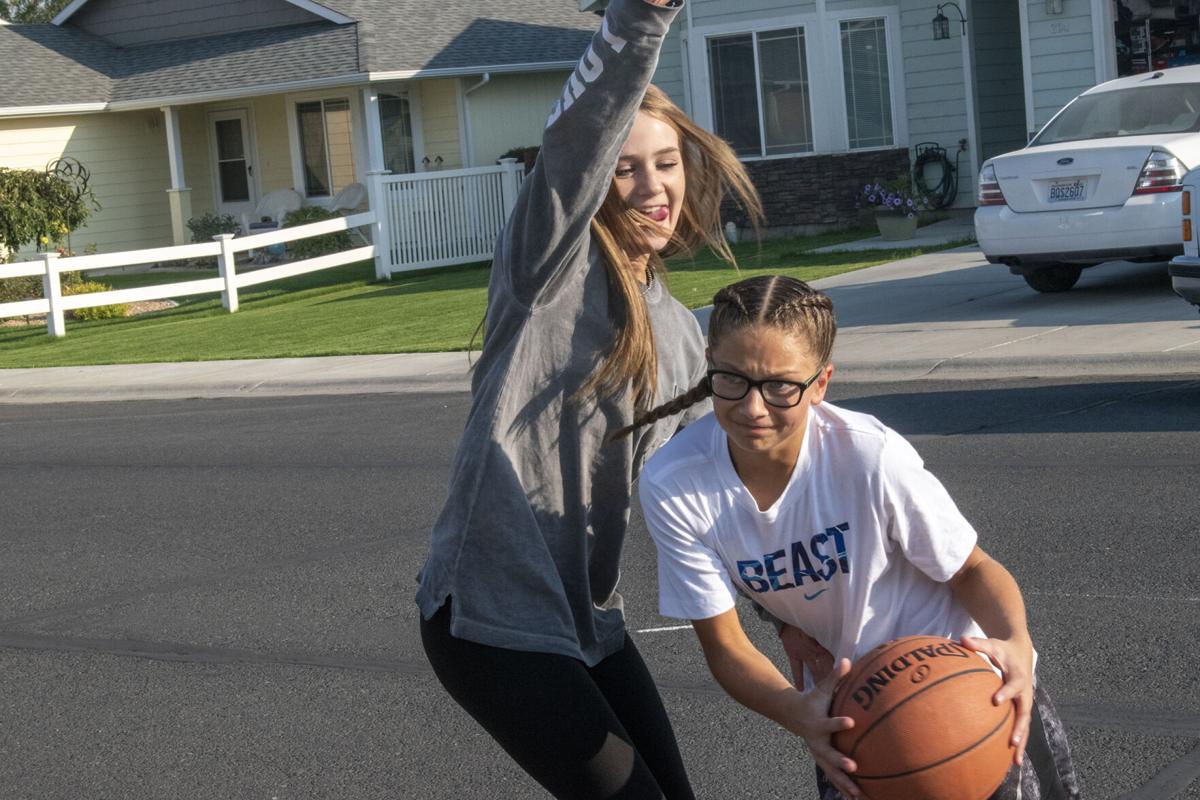 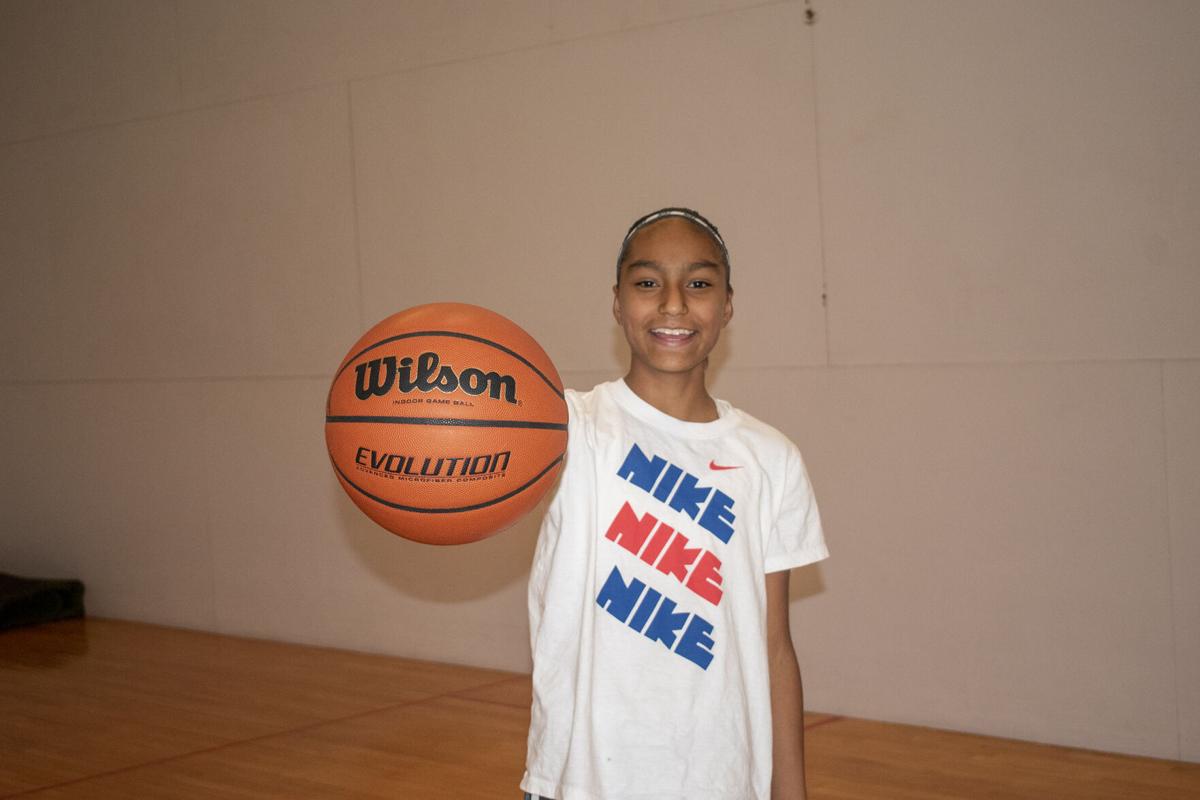 Chloe Medina hopes to play in the WNBA someday. 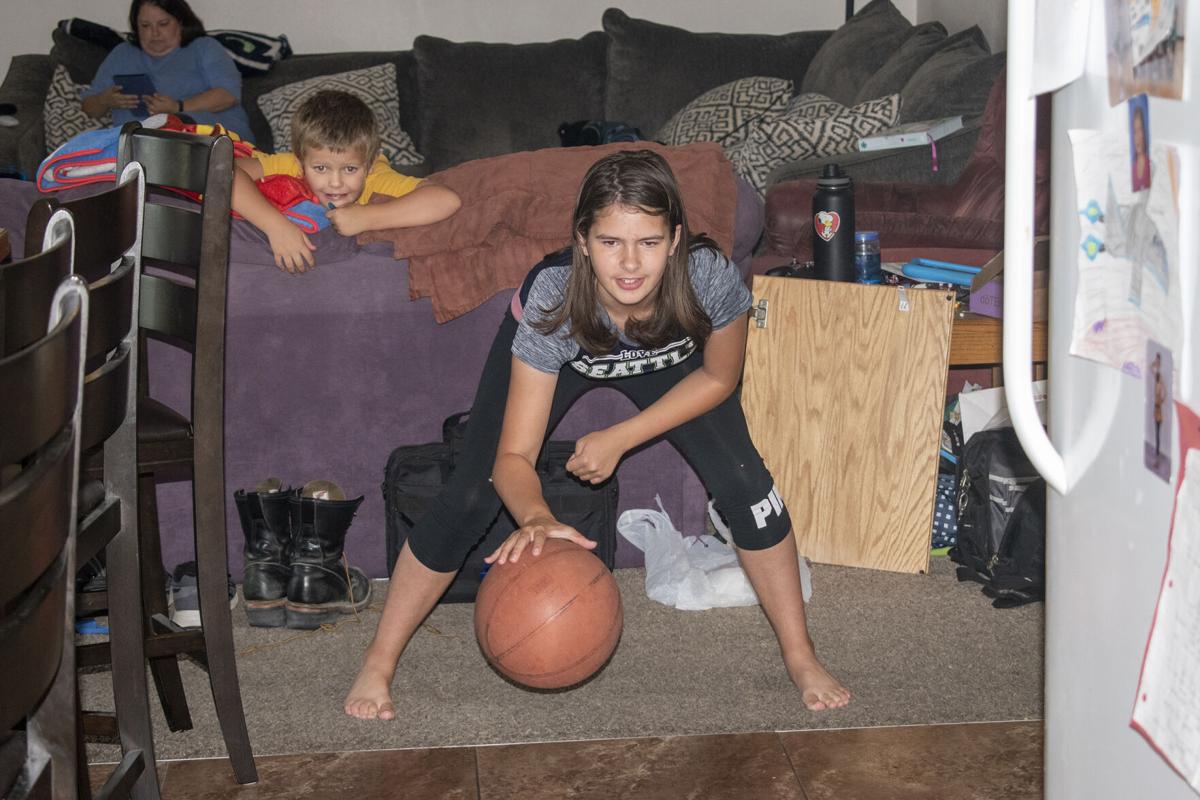 Penelope practices her dribbling with the app.

Chloe Medina hopes to play in the WNBA someday.

Penelope practices her dribbling with the app.

A group of Quincy girls are staying active and refining their basketball skills during COVID-19 by using an app called HomeCourt.

HomeCourt is an AI-powered, interactive app that allows users to track their shots, work on improving dribbling techniques, re-watch and analyze their workouts and compete with other users in a variety of skills categories.

Jeremy McCreary, a real estate agent and youth girls program coordinator in Quincy, introduced the AAU girls to the app after being introduced to it by Joe Harris, an NBA player who invested in the app and was formerly coached by McCreary. McCreary did some research and was able to get in touch with the Co-Founder, Philip Lam, who gave him 100 free accounts for girls to start working on their basketball skills from home.

While the app is free, there is a monthly or yearly subscription that has to be bought in order to access the features that the app has to offer. The cost is $7.99 monthly or $69.99 yearly for individuals. There is also a plan for teams which price at $1.50 per player per month for a yearly plan or $1.99 per player per month for a three month plan.

Currently, there are 20 girls in grades 3-12 signed up with the app in the Quincy area.

Due to COVID-19 concerns about city parks being too full, the city of Quincy has removed the hoops from all the parks. This, along with schools being closed, prevent the girls from going to the park to play and practice their skills.

“We have to start thinking out of the box and I’m really happy the girls are really using the app a lot. A great way to use technology to get the kids active! Especially right now!” McCreary said.

There are three girls in grade seven that have been putting in some of the most work.

“These girls using the app have been the bright spot in our program the last month. We’re trying to get more girls in Quincy to make a user and start putting in work from home. If they don’t have a hoop we can find them a hoop and if they need a ball we will deliver them a ball. We want to grow this program.” McCreary said.

Hayden Morris is 12 years old and currently has logged the most time on the app. Her favorite part of the app is the shooting drills. She says the app has helped her become a better shooter and improved her dribbling skills. She aims to letter in basketball all four years of high school and see where it takes her. Her drive to use the app is her aim to be a better basketball player and she tries to put in two hours a day on the app. She has logged 38 hours as of Sept. 21. Her older sister, Emilee, who is 14, has also been putting time in to the tune of 11 hours.

Penelope Thorsen got busy with the start of school but was using the app almost every day up until then. She has put in 21 hours. The 12-year-old said the app has helped her agility the most and likes that it keeps track of everything for her. Thorsen hopes to play basketball in high school. Her nine-year-old little sister, Juniper uses the app as well. Juniper has put in 20 hours.

Chloe Medina, 12, knows exactly where she wants her basketball career to go. After high school, she wants to play basketball at Gonzaga before playing professionally for the Phoenix Mercury WNBA team. She uses the app because “basketball helps get my mind off of things and seeing other people’s times pushes me to work harder,” Medina said. She has logged 38 hours in the app.

One downside is that the app is only available for Apple devices. The HomeCourt website says that they hope to have an Android version of the app, but that there is no current timeline of when it will be available.

Any school-age girls in Quincy interested in using the app is encouraged to contact Jeremy McCreary at (509)797-1425.