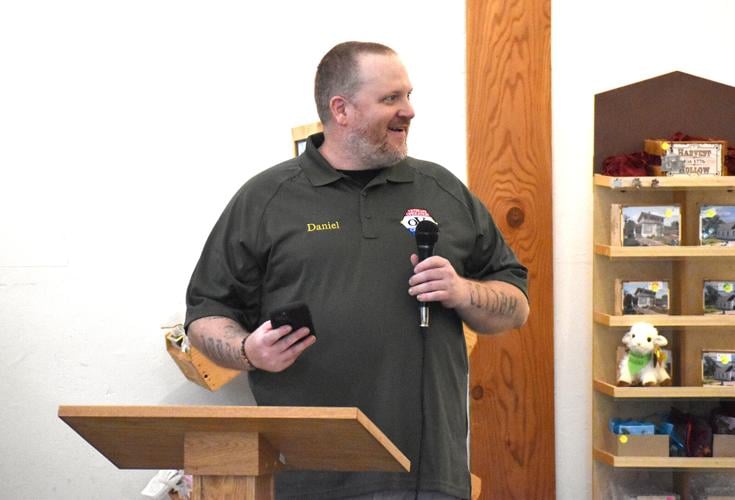 Dan Chism is the founder of Veterans Operation Creation. 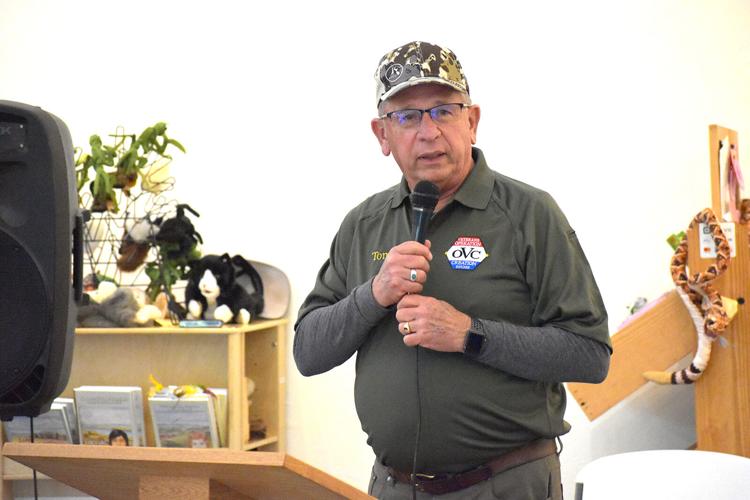 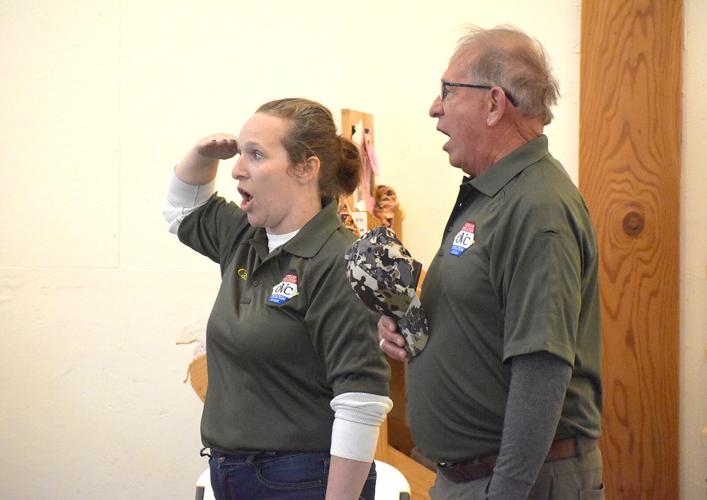 Cassi Nelson and Tom Parrish, with their powerful voices, lead the singing of the national anthem. 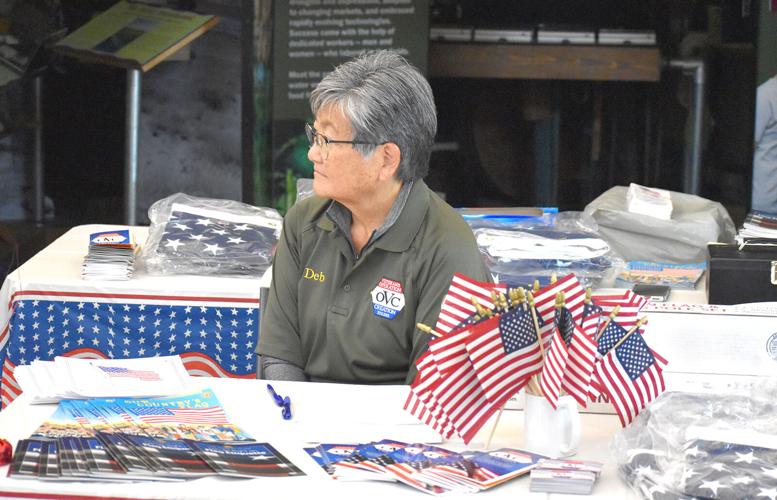 Deb Adams is on the board of Veterans Operation Creation, which sponsored the Flag Day event Tuesday in the Quincy Heritage Barn.

Dan Chism is the founder of Veterans Operation Creation.

Cassi Nelson and Tom Parrish, with their powerful voices, lead the singing of the national anthem.

Deb Adams is on the board of Veterans Operation Creation, which sponsored the Flag Day event Tuesday in the Quincy Heritage Barn.

A short and stirring patriotic program kicked off a Flag Day social by Veterans Operation Creation on June 14, including a flag presentation and a sensational performance of “The Star-Spangled Banner” led by Cassi Nelson and Tom Parrish.

About 40 attended the family-oriented event, with balloons, a recording of “God Bless the USA,” a hit song by Lee Greenwood, and free ice cream sundaes at the Quincy Valley Historical Society & Museum.

Besides all that, the event served to introduce the reinvigorated Veterans Operation Creation, a nonprofit created by Dan Chism.

He was in the Iraq War, and, he said, he had friends who passed from suicide, drinking or drugs.

“I really wanted to reach out to veterans, especially in the community I live in,” he said.

In 2017, his organization started with social activities, and then he got busy at work (he is a welder), and running his nonprofit became a little overwhelming.

“So, I kind of put it on the shelf for a little while,” he said.

He bought a house with the help of Deb Adams, a broker with Windermere, and they got to talking about veterans and his nonprofit organization. With her interest and leadership skills, Chism said, they gave the organization more structure and created a board and bylaws.

The group has a Facebook page and a slogan: Connecting veterans and their families through arts and agriculture.

A current project is supporting the community garden. The group is building raised-bed garden boxes for the garden and grows vegetables there.

“The main focus of that is to create dirt therapy sessions for veterans. Growing stuff … and getting your hands in dirt is a cool way to get people out of their shells,” Chism said.

The group plans to be in the B Street Market. It also plans an activity on Patriot Day, Sept. 11, at Trinity Gardens Lavender Farm.

“We hope to bring some entertaining events and draw a lot of people together, and create a healthy community,” he said.

B Street Market opens for 2022 season

Community garden gets off the ground