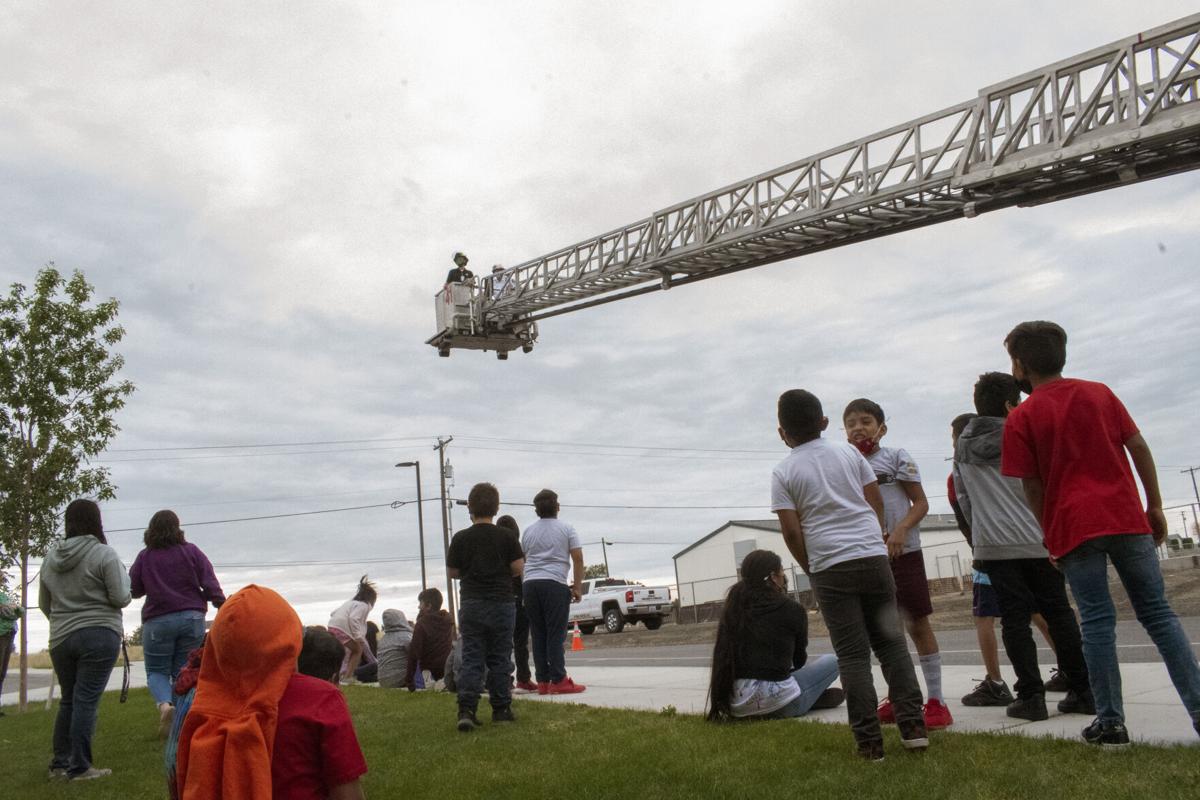 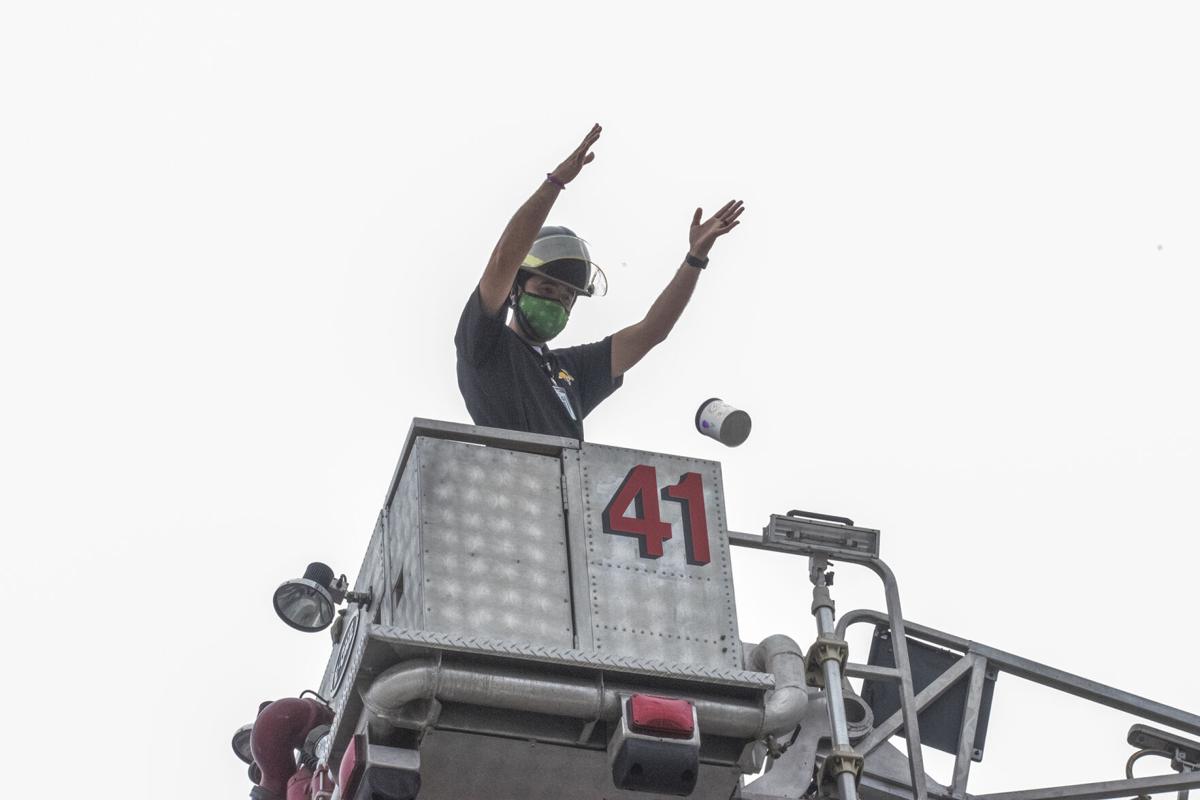 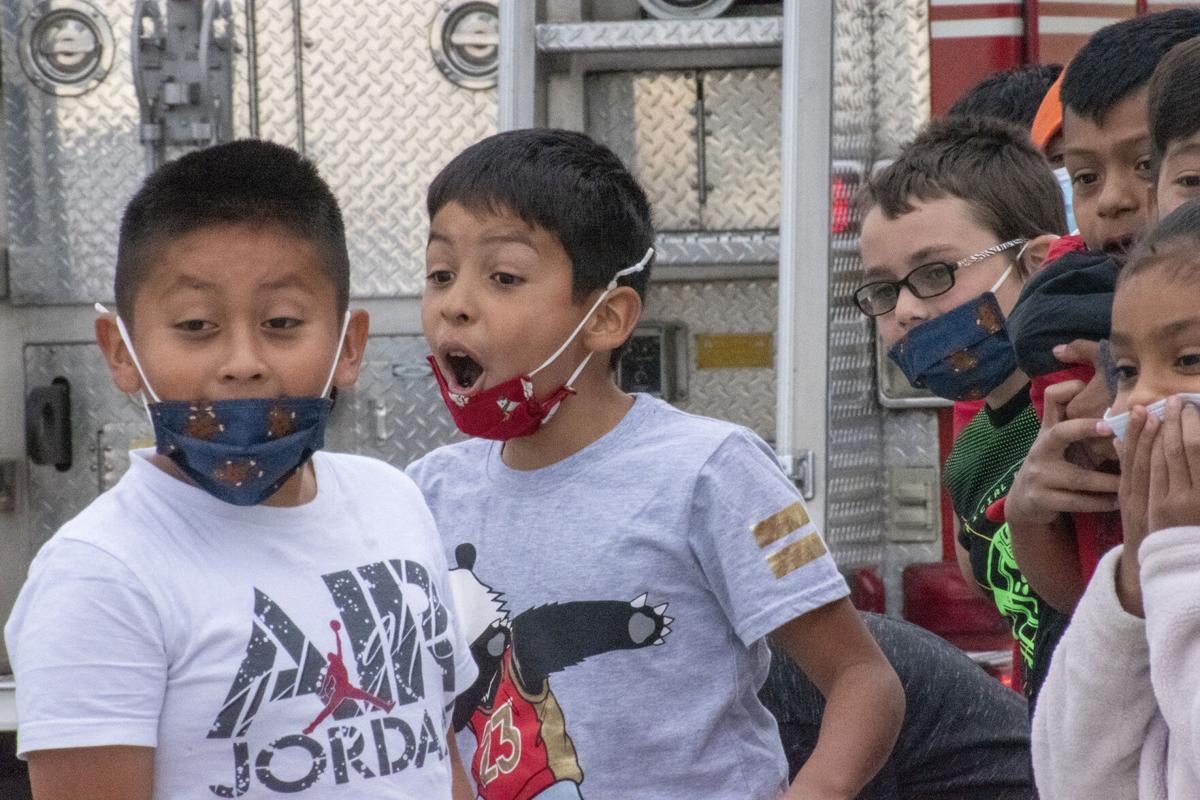 Grant County Fire District #3 (GCFD#3) took their bucket ladder truck to each of Quincy School District’s elementary schools this past week to participate in an egg drop challenge.

The egg drop is an annual STEM project for elementary students to create a vessel out of random materials that would protect the egg from breaking when dropped from about 25 feet off the ground.

Their final drop was at George Elementary on June 11. Several classes took part in the experiment, from kindergarten to third grade.

A wide array of containers were used to try to protect their eggs, from shoe boxes and cereal boxes to toilet paper rolls and yogurt containers.

One girl, whose egg survived the fall, had placed her egg in a rounded container full of marshmallows.

Students were in awe as the projects came hurling down and hit the pavement with a thud. There were some that were easy to tell had already cracked but others had to be opened by the student to check if their egg had survived.

By the end of the last class, the pavement was splattered with egg remnants and pieces of the vessels that had broken off.

Junk in the Trunk fundraiser seeks to help Senior Center

Air advisory issued for Grant County due to wildfire smoke

B Street becomes a Better Block over the weekend