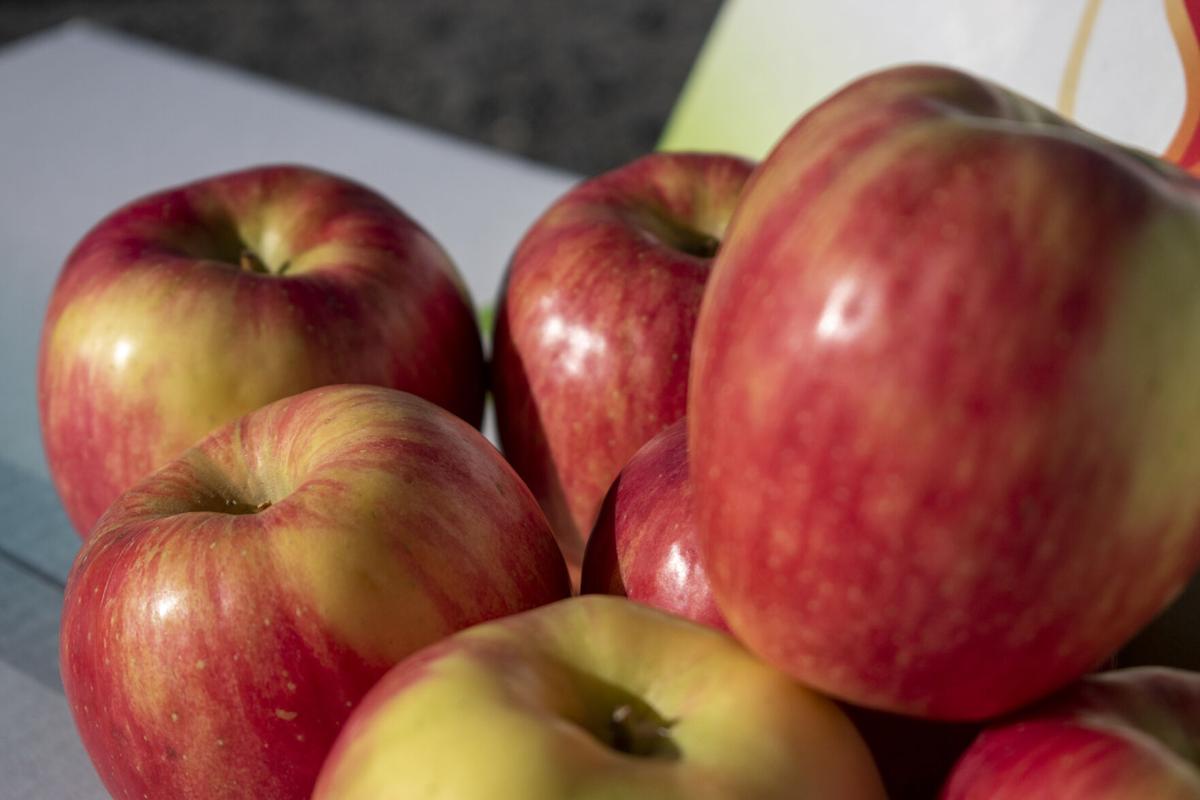 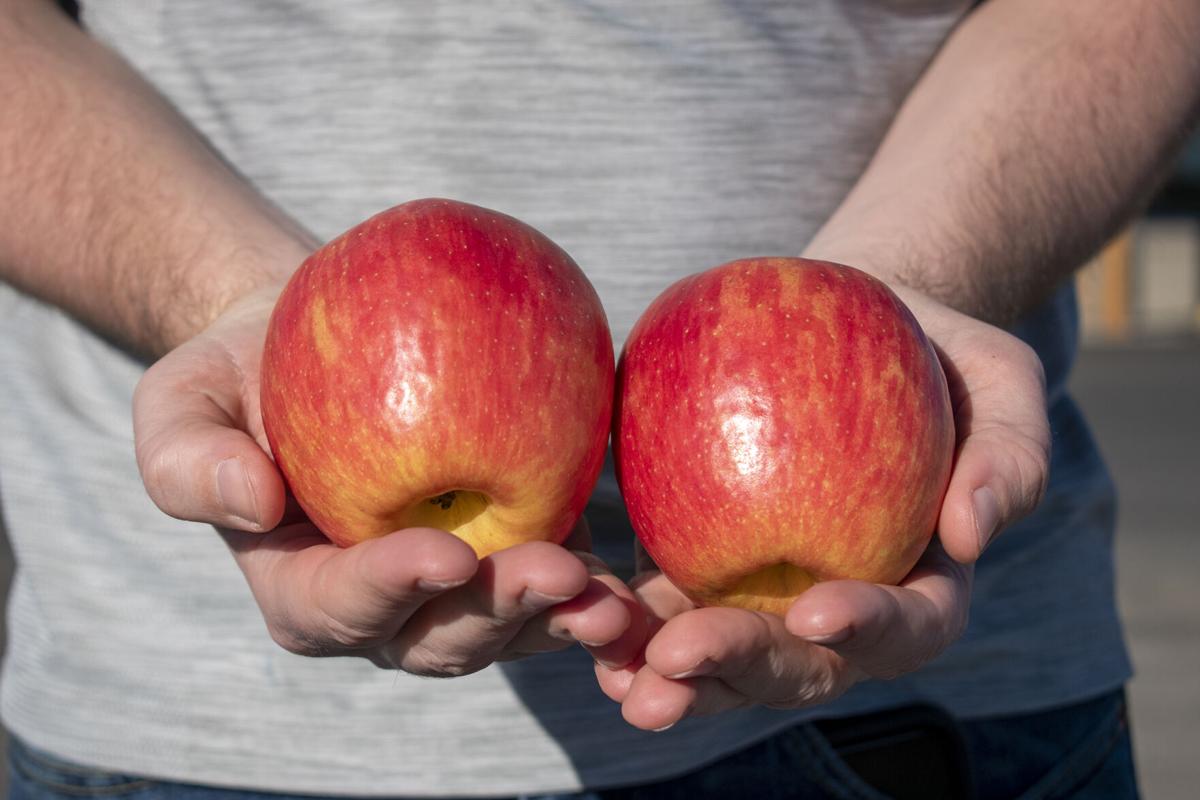 The Karma apple resembles its ancestors, the Honey Crisp and Fuji with its brightly colored skin and speckled appearance.

The Karma apple resembles its ancestors, the Honey Crisp and Fuji with its brightly colored skin and speckled appearance.

The Karma apple is exclusive to Starr Ranch Growers and more specifically, the Quincy Valley. The first Karma apples produced were grown in the George/Mattawa area but there are a few other test site locations in the state. One of those test locations is in Yakima where it is being grown organically.

The apple has taken 15 years to come to development from cross pollination, planting, tree maturity and producing the apples themselves.

It is a hybrid of fuji, golden and honeycrisp. This new variety is resistant to browning and is described as being on the tart side.

The apple is starchy right off the tree so it is harvested in September and October and stored until they are packed in January and February.

Quincy Starr Ranch Growers packaged the first and only shipment of Karma apples this year on Feb. 5. 20 bins, which equals out to about 350 boxes, were packed to be sent out to retailers to sample and some to be stored.

There will be a small supply available to the public next year, with it being more widely available the following year.

Starr Ranch was founded in 1934 by Paul Thomas. The original ranch was 300 acres located along the Columbia River just south of Pateros, Wash.