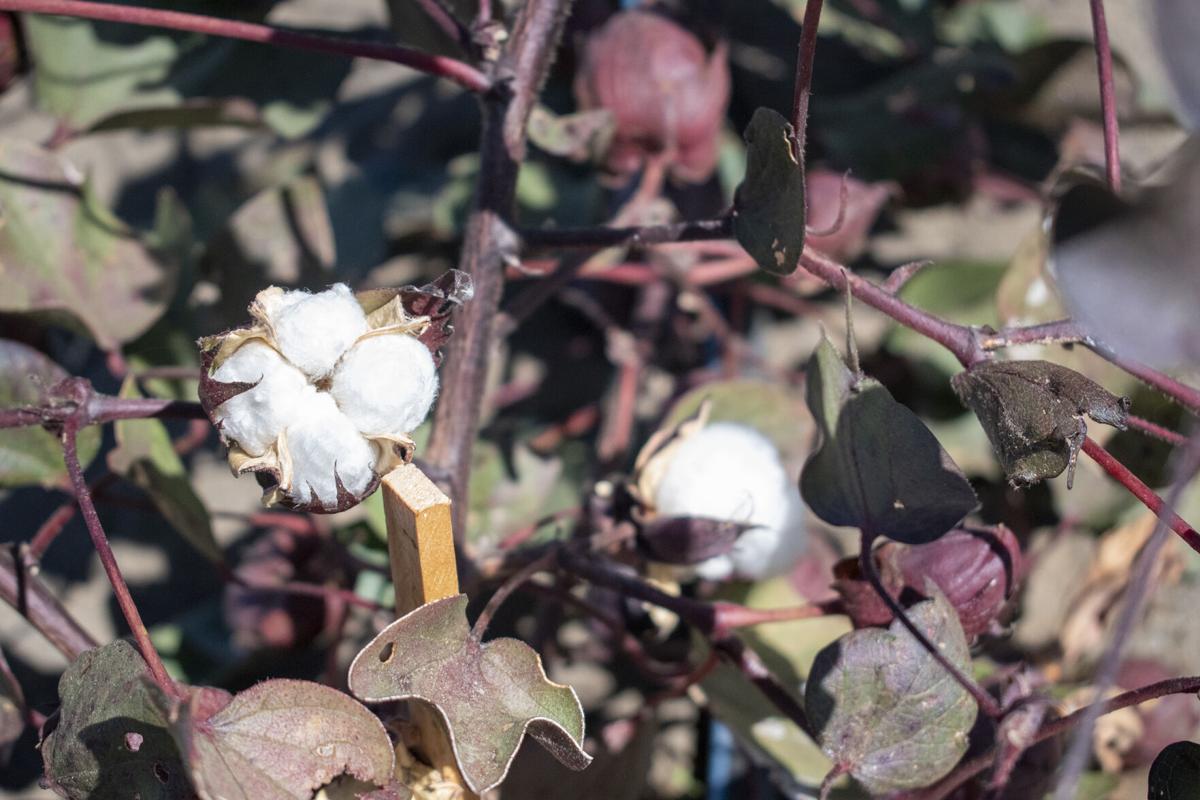 Cotton grows out of its bulb like a blooming flower. 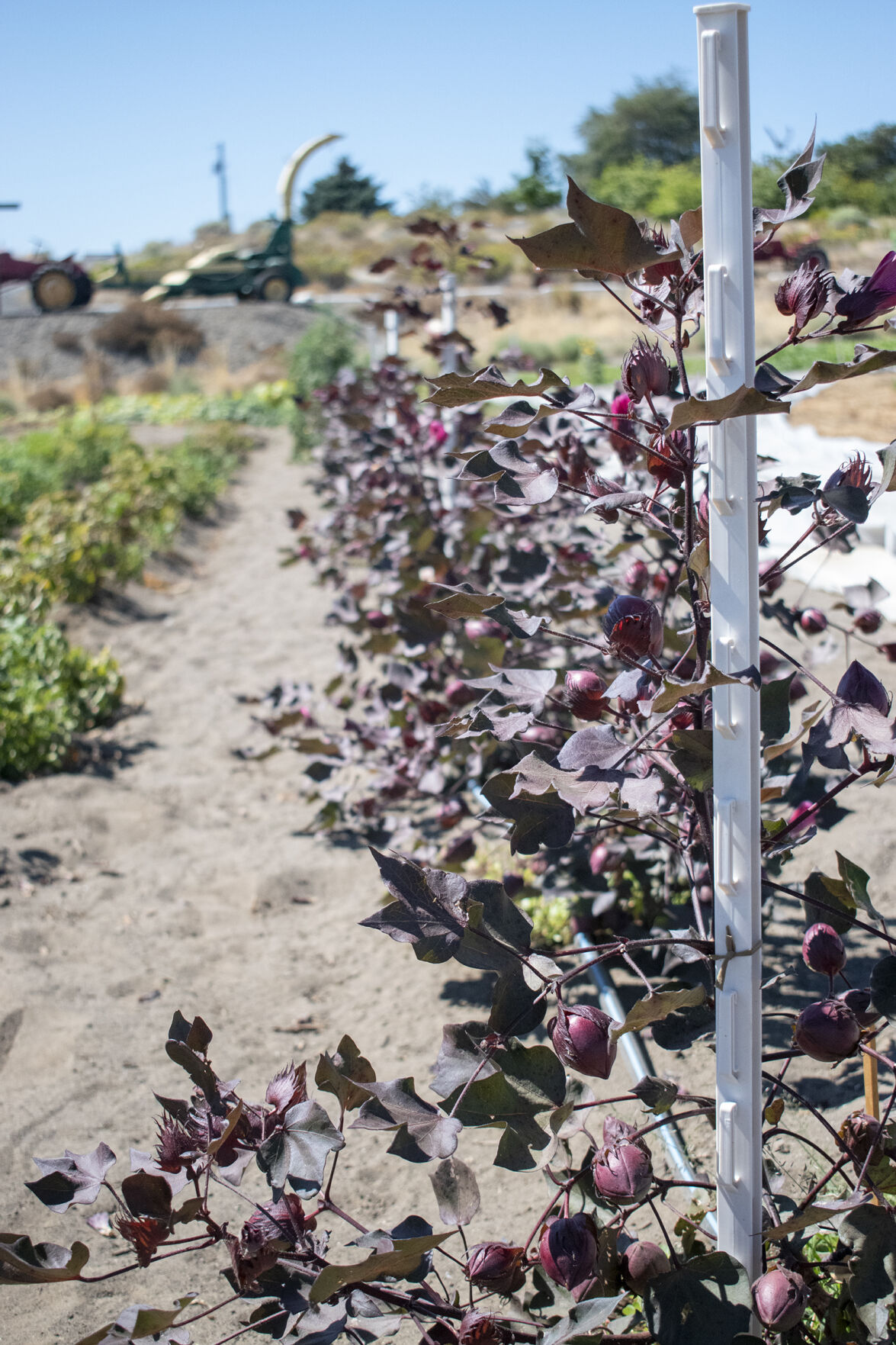 A row of cotton grows in the middle of Kooistra’s experimental field. 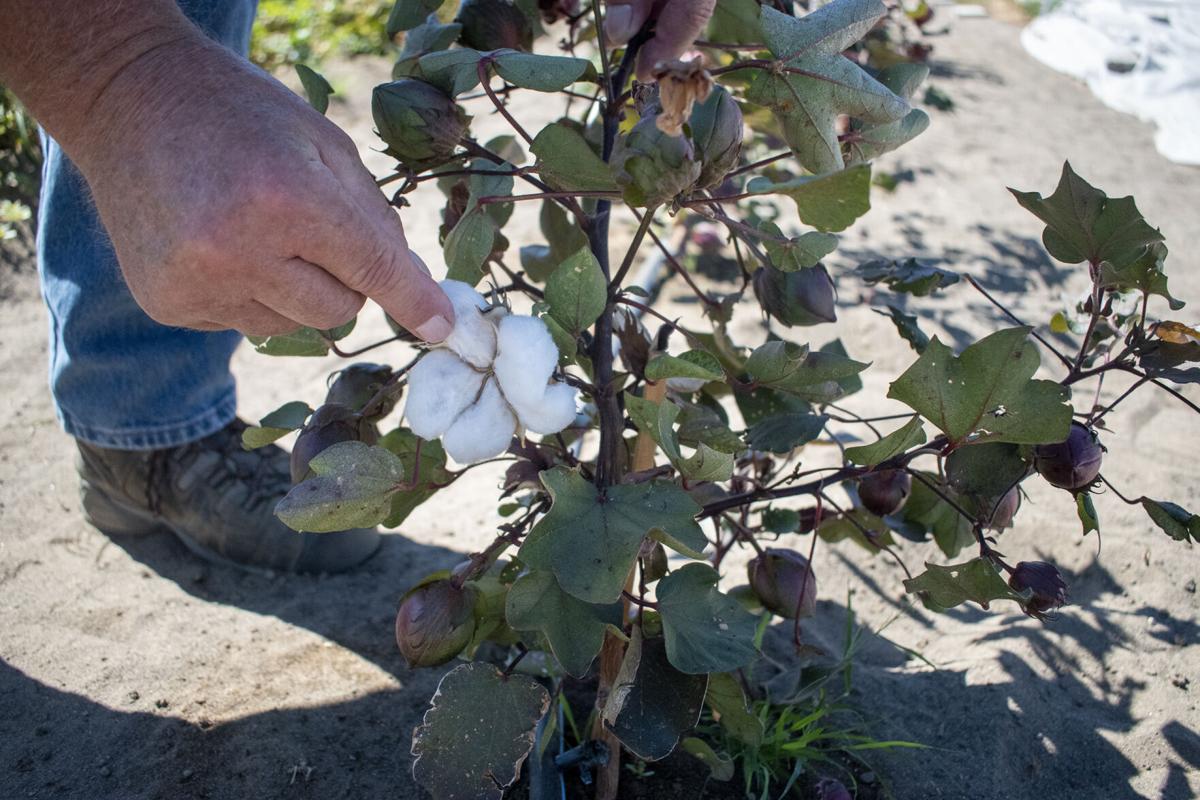 Kooistra points to the cotton that one of his plants has produced.

Cotton grows out of its bulb like a blooming flower.

A row of cotton grows in the middle of Kooistra’s experimental field.

Kooistra points to the cotton that one of his plants has produced.

One Grant County resident has found success growing cotton locally, potentially adding another crop to the more than 90 already grown in the county.

Augustus “Augie” Kooistra, owner of Augie’s Ag Sales, was on a business trip around the midwest where he came across a seed manufacturer in Texas. While they were talking about corn seeds, Kooistra found out that the manufacturer also sold cotton seeds. He also found out that some people who were not living in cotton cash crop states were unable to get cotton seeds from commercial seed companies. Kooistra came across this same problem when he tried to order them through commercial seed companies. Kooistra didn’t let that stop him though, so he went online and ordered some. In most states where cotton is a cash crop, it is illegal for people to grow it in their backyards.

Kooistra has an experimental patch where he grows different products with different types of soil to see what works best. That is where he planted his cotton seeds and before long his plants have grown to about two feet high. Not only did they grow, but the plants are actually producing cotton.

According to the United States Department of Agriculture website, the nation is the world’s third-largest cotton producer and the leading cotton exporter. More than 125,000 jobs are generated from farm to textile mill.

Washington has been a state in which it has been believed cotton could not be grown outdoors due to the extreme heat and short growing season before frost happens. This was the reasoning Kooistra received on why the seed companies would not sell him cotton seeds.

Cotton comes in many different varieties that have different growing periods. Some are as short as 100-day or 115-day which is very similar to the corn seed Kooistra sells.

Allan Peterson, Business Development Manager for the Grant County Economic Development Council said that in order to consider Grant County growing cotton as a profitable crop, they would have to look into the market demand as well as the costs to raise it and the competition in that sector.

An article from 1994 in the Kitsap Sun said that two residents of West Bremerton grew a cotton plant in their house. The Post-Register could not find any other records of cotton growing in Washington State.