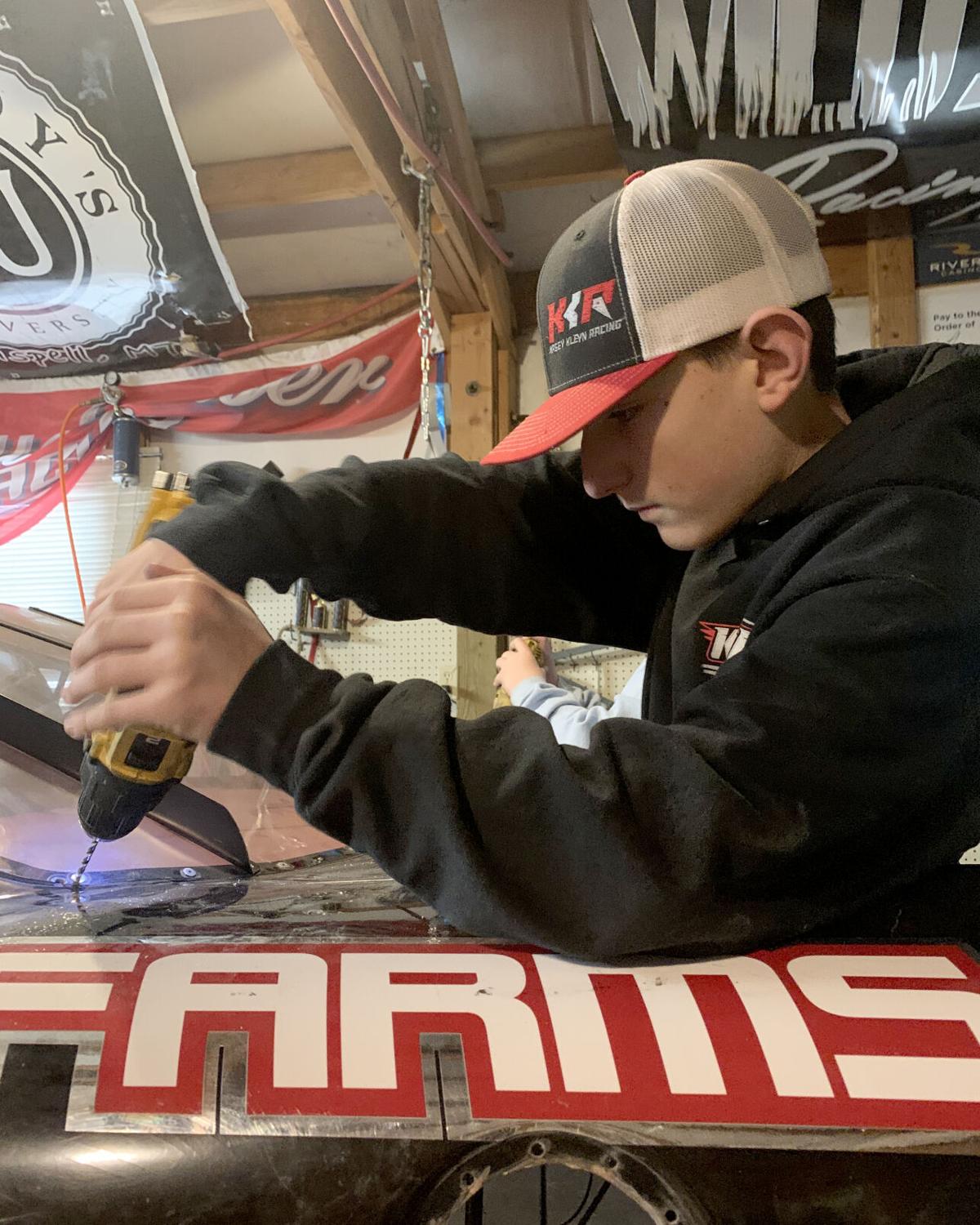 Kasey Kleyn works on his car. 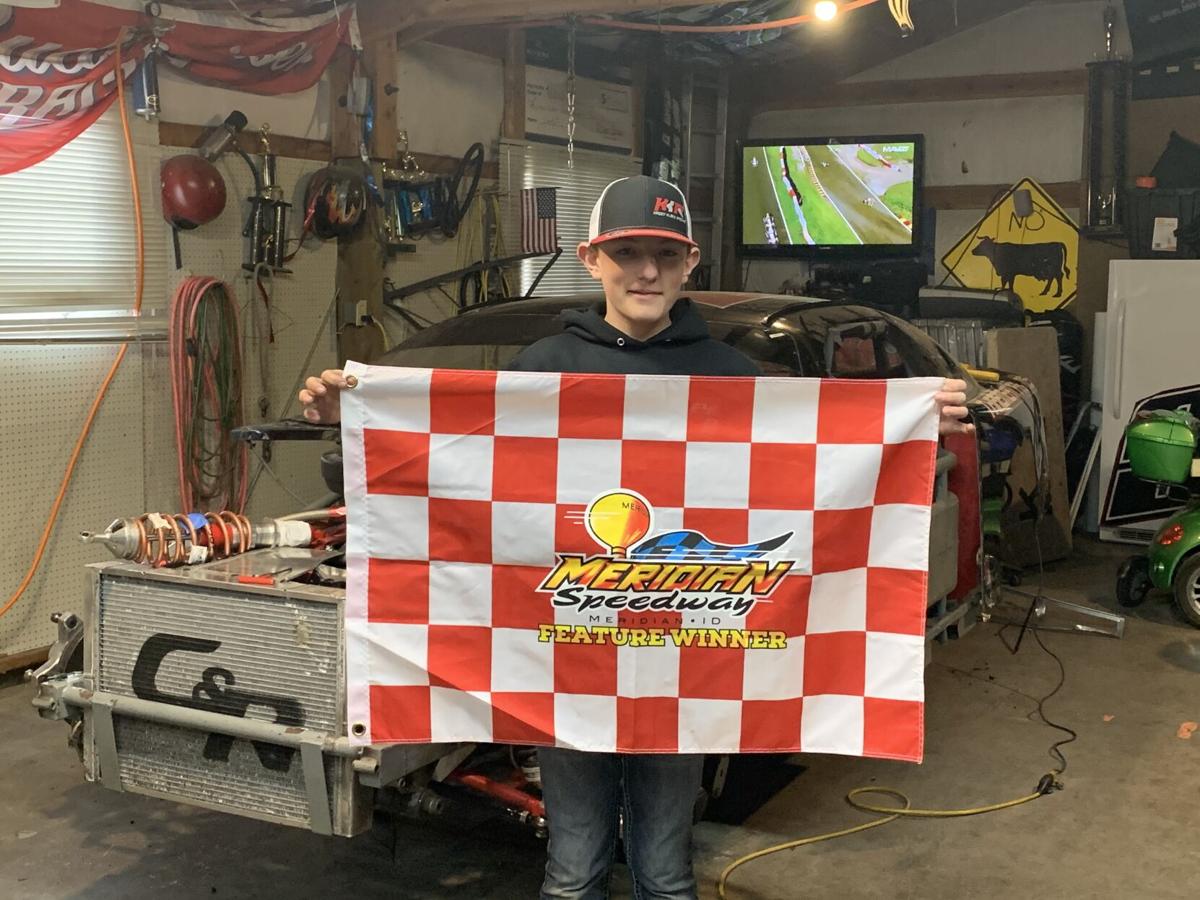 Kasey poses with the flag he was awarded for being the feature winner at the Meridian Speedway in Meridian, Idaho. 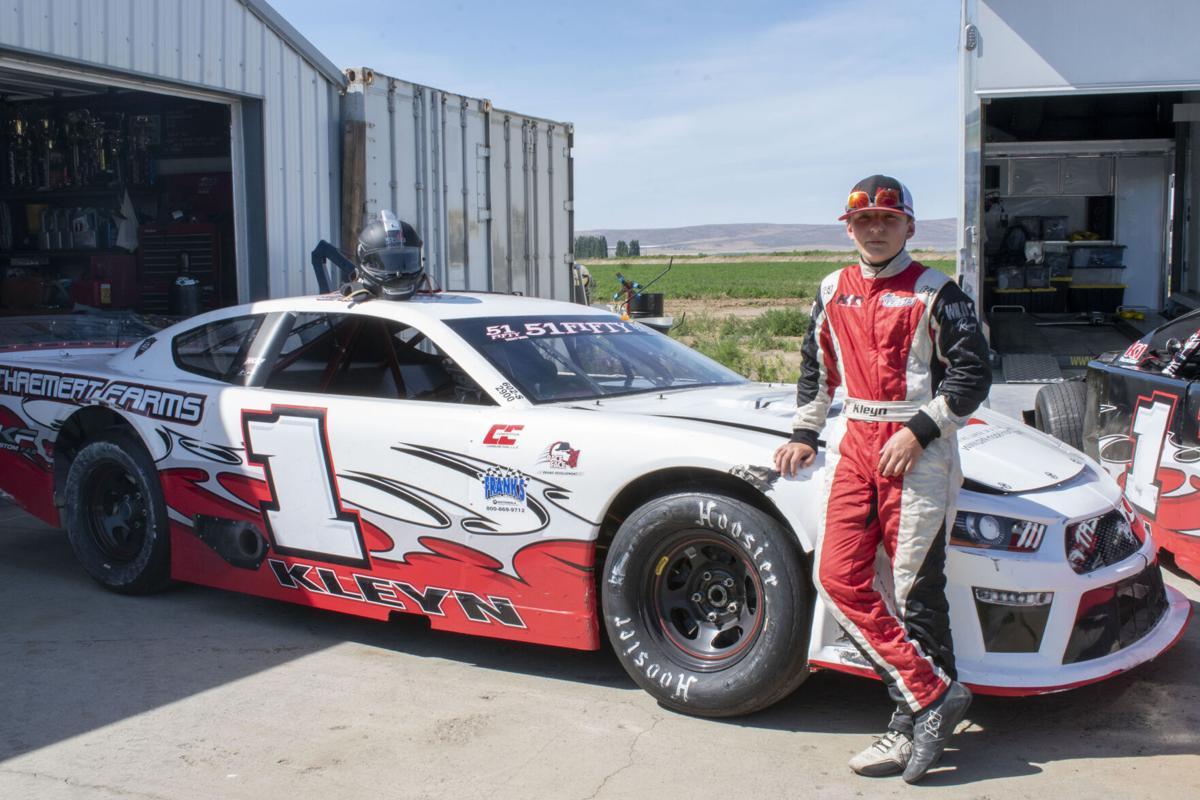 Top, Kasey Kleyn poses with his 2020 car, decked out in his racing suit.

Kasey Kleyn works on his car.

Kasey poses with the flag he was awarded for being the feature winner at the Meridian Speedway in Meridian, Idaho.

Top, Kasey Kleyn poses with his 2020 car, decked out in his racing suit.

Kasey “Cash” Kleyn, previously featured by the Post-Register in July 2020, has completed his racing season with multiple track records and looks forward to the upcoming 2021 season.

The new season for the 51 Fifty Jr. Late Model Series in Madera, Calif. starts March 13. Kasey’s goal for this year is getting top five. This past year he finished tenth place in points for the overall season and earned the Most Improved Driver for the 51 Fifty series. He said he is most proud of making the top five in Madera because he worked really hard to earn that spot.

Throughout this last season he raced in at least 16 races and set four speed track records. One was in Wenatchee and the other three were in Meridian, Idaho.

At Stateline, Idaho, Kleyn finished top 22 out of 44 and was the only child in the open race with adults.

Kleyn said that he thinks he did pretty well this season and that his favorite race was his last race in Tucson, Ariz. because it was a change of scenery for him and because he made top five.

Despite his father breaking his back this summer in a racing accident, Kleyn is not phased and looking forward to getting back into the driver’s seat. He is still aiming for NASCAR one day. He said that if NASCAR doesn’t work out, he would still race as a hobby.

In his free time, Kleyn is learning from his dad on how to work on his cars and is told “races are won in the shop, not on the track.”

Kleyn has three race cars in total. One travels with Kleyn in the Northwest and two stay in California for the 51 Fifty races. The end goal for the Northwest car is the Idaho 200 in September.

For the new season, Kleyn has a new design for his car. The new design features $100 dollar bills in reference to his nickname, “Kasey Cash.”

Kleyn said that most people don’t understand how much physical strength and endurance it takes to race. It is not like driving a regular car and it can get really hot inside the race cars.