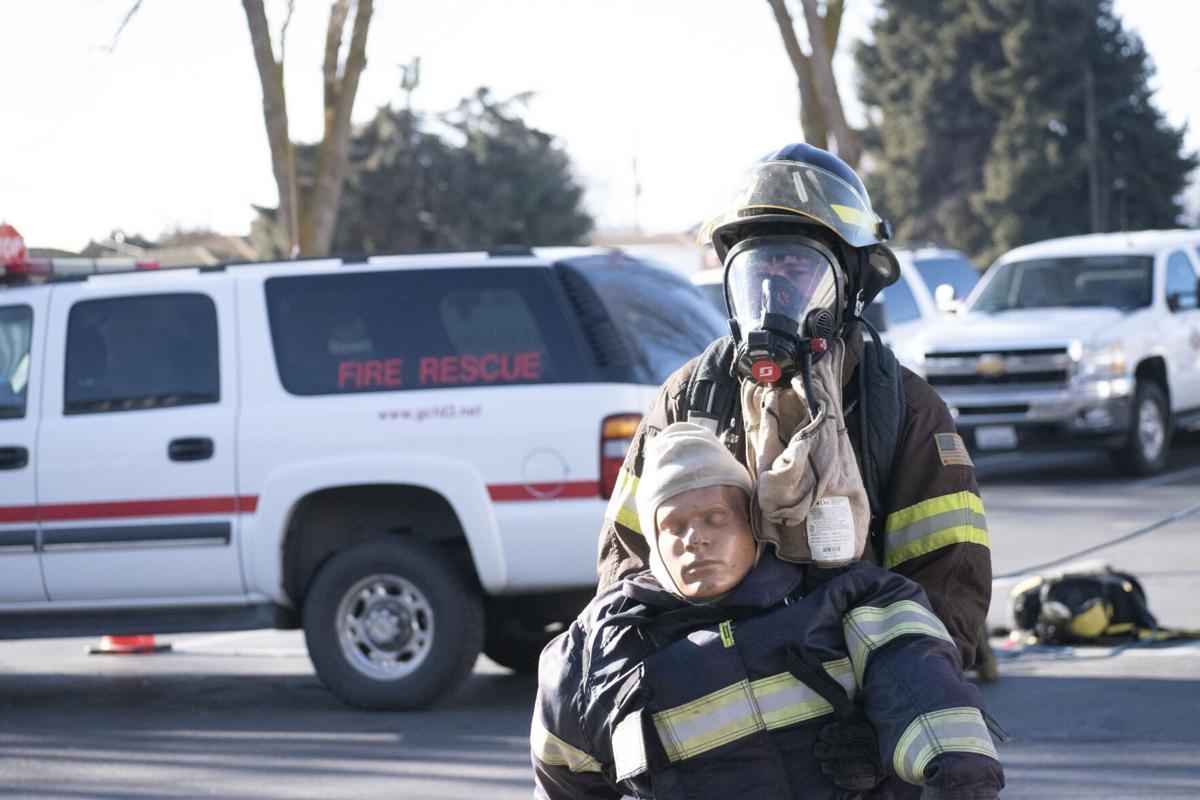 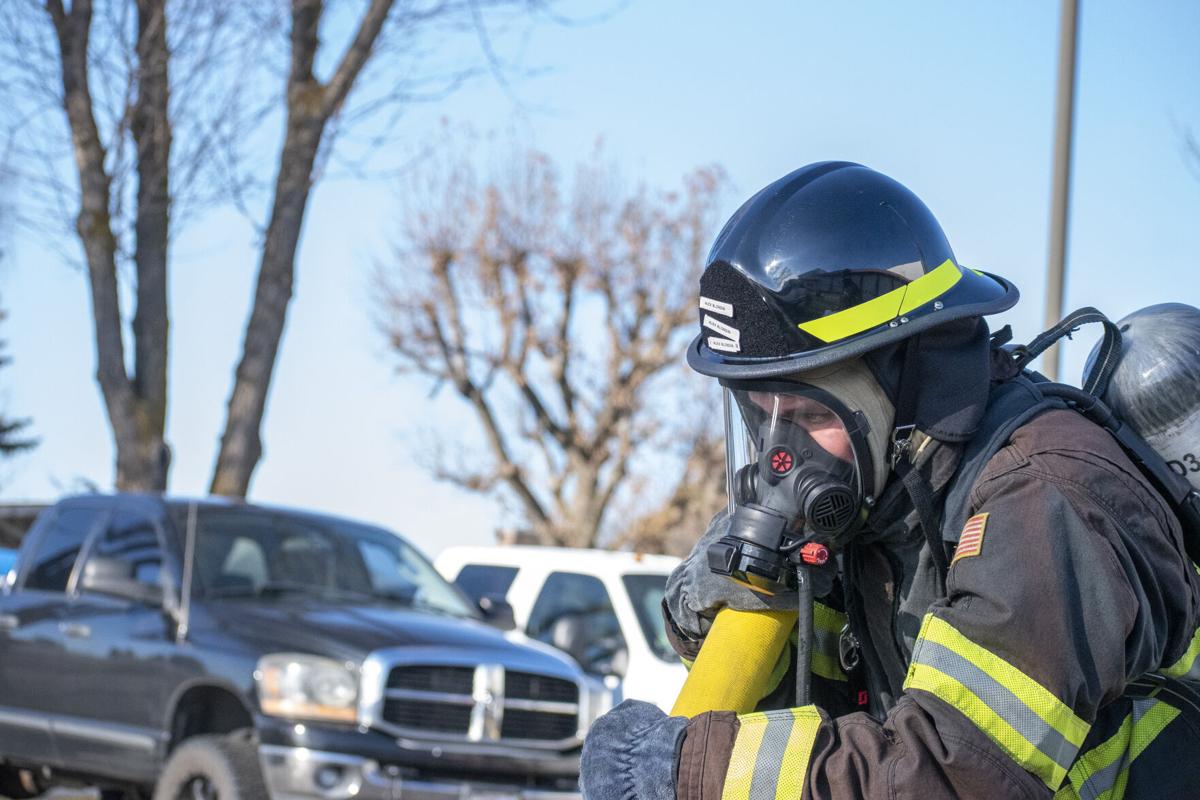 A firefighter focuses as he pulls the hose. 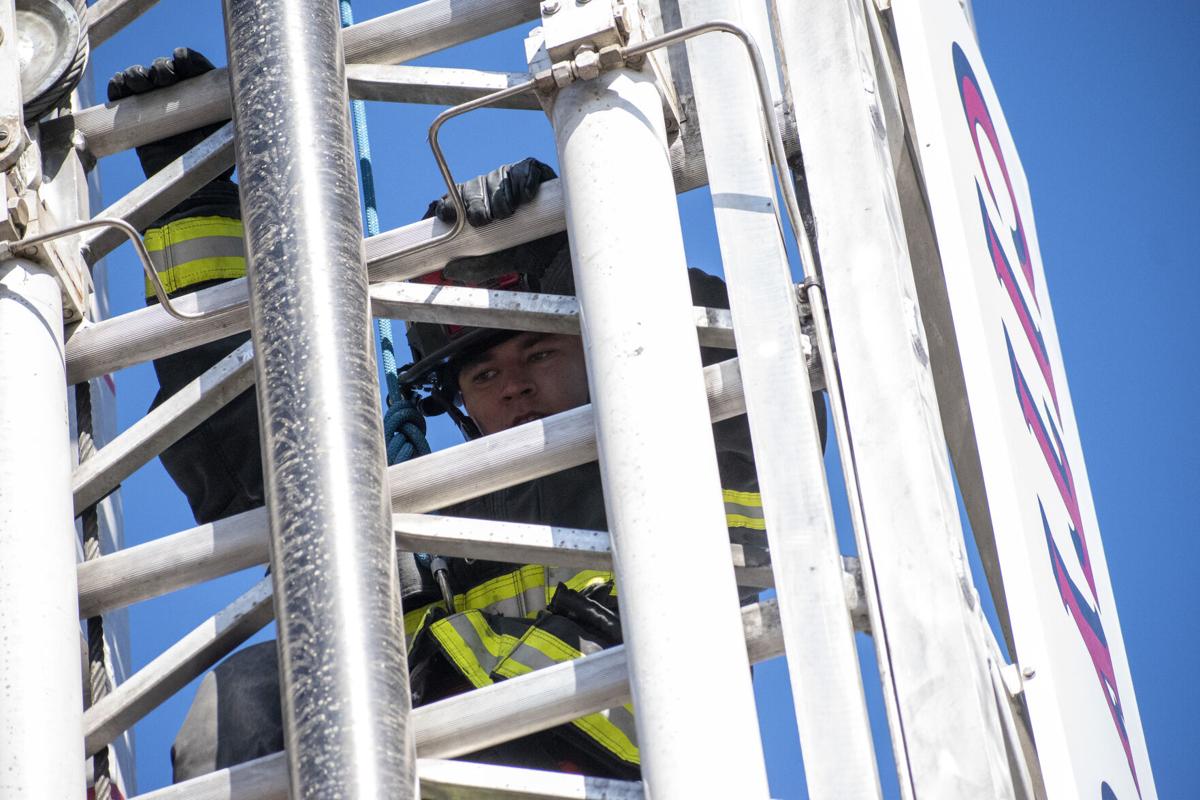 A firefighter looks down through the rungs of a 100-foot ladder. 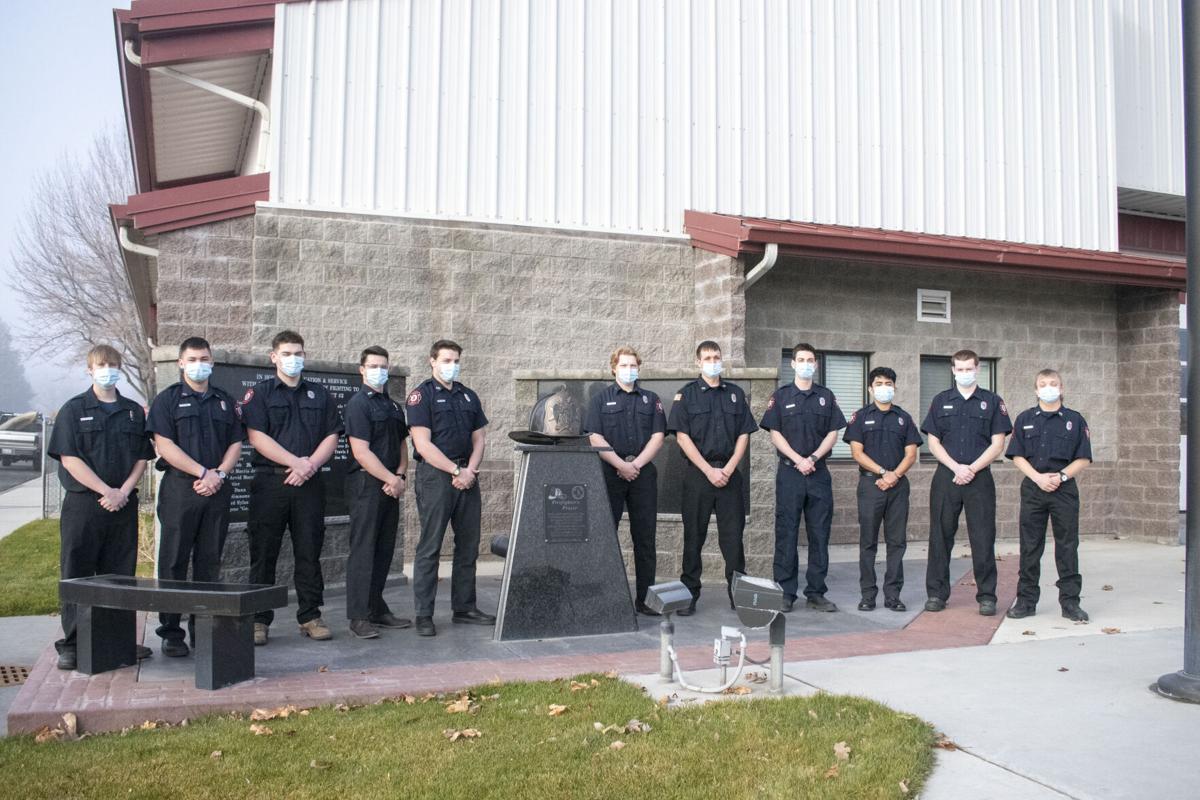 A firefighter focuses as he pulls the hose.

A firefighter looks down through the rungs of a 100-foot ladder.

While not all days at Grant County Fire District #3 (GCFD#3) are as exciting as Jan. 17, each day is equally as important to the firefighters in the residential program.

Sunday, 11 of the 13 residents were participating in a Comprehensive Physical Agility Test (CPAT). This was the first this year in order to establish a baseline for their scoring and improvement but resident coordinator Michele Talley said she hopes to conduct it quarterly.

The CPAT was a timed course set up at the firehouse that included climbing the 100 foot bucket ladder, pulling a firehose, lifting a rolled firehose by pulley 40 feet into the air, pulling a 200 pound dummy and following a water hose on their hands and knees while blind folded through a maze inside the building.

Each resident was in full firefighter gear and all obstacles, excluding the ladder climb, was done wearing their masks with the oxygen tanks on.

“I’m a lot more out of shape than I thought I was,” said recently-joined resident Alex Blondin. “It’s a lot harder than it looks.”

One by one, from 10 a.m. to 2 p.m., the group cheered and supported each other through the course.

While they had nothing else planned that day, they are always prepared that they may be called out to a fire at any point.

Normal days include online training courses, riding along to calls, working on college credits if desired and getting to know the other residents better.

The resident program in Quincy takes adults of any level of firefighting experience for the program for up to two years before they go off to volunteer or be hired by a department.