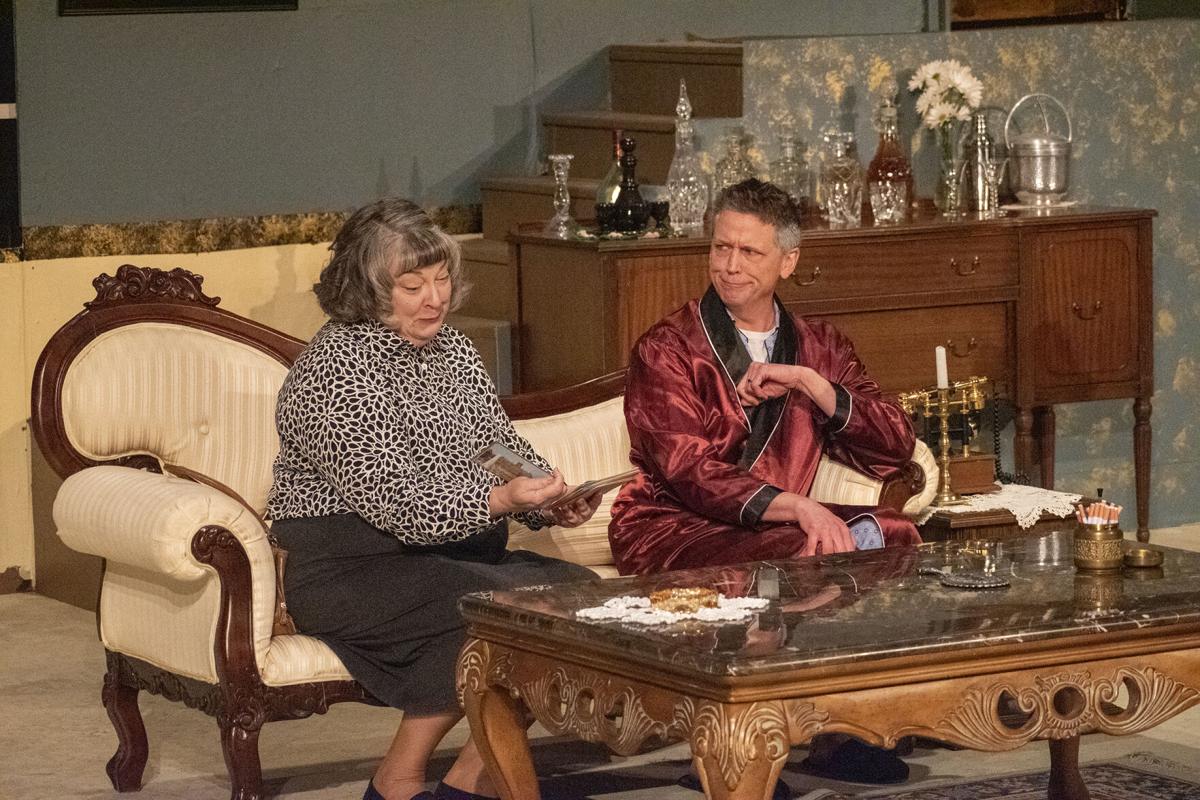 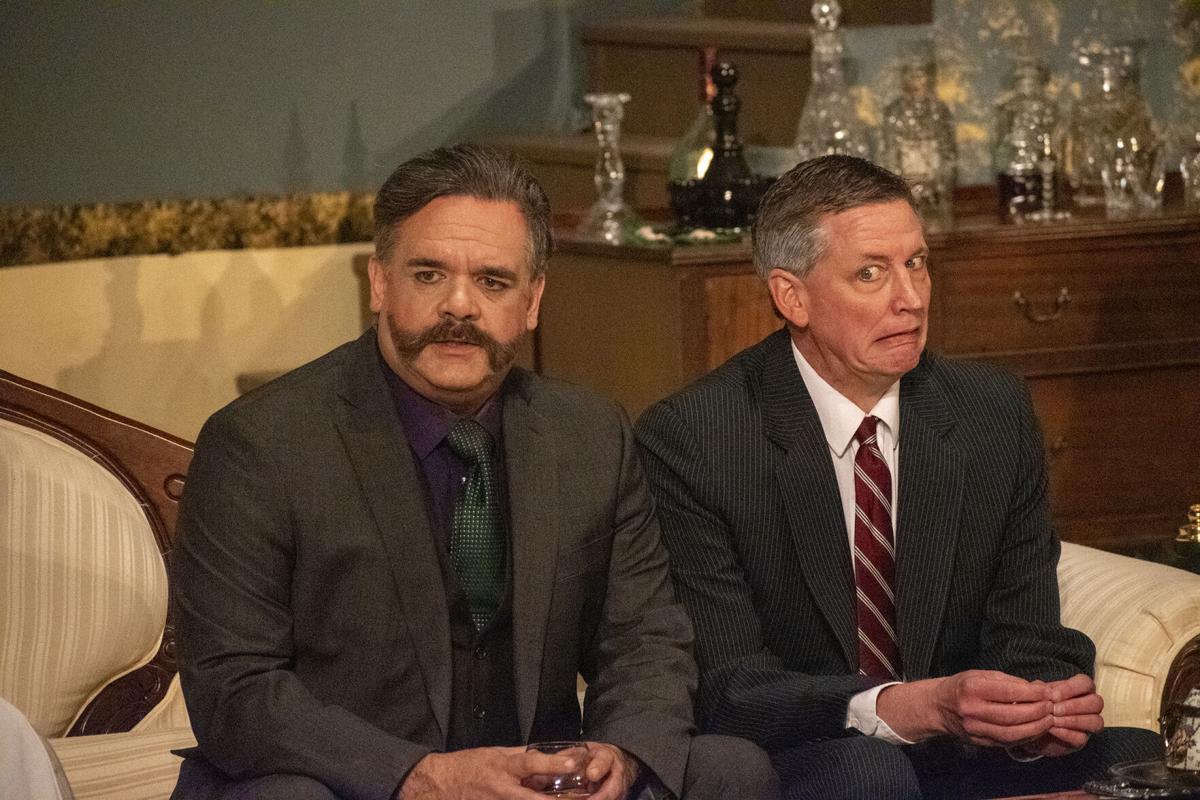 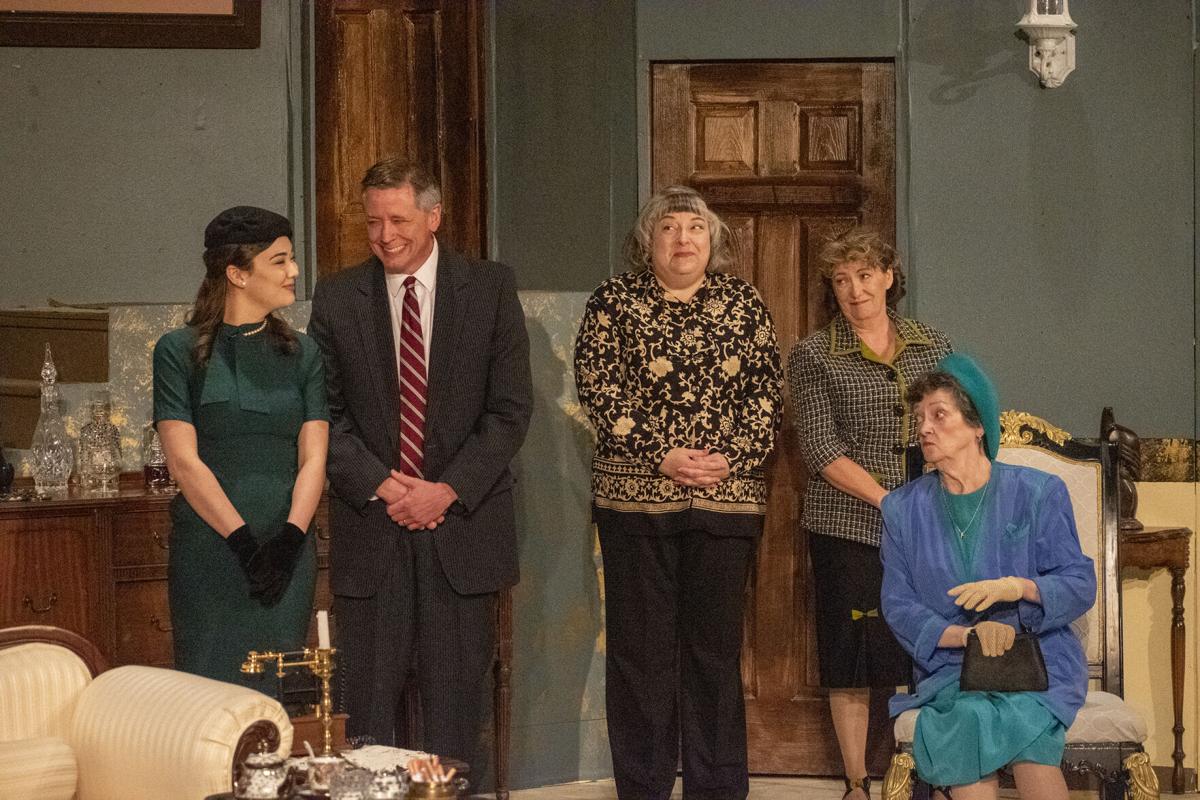 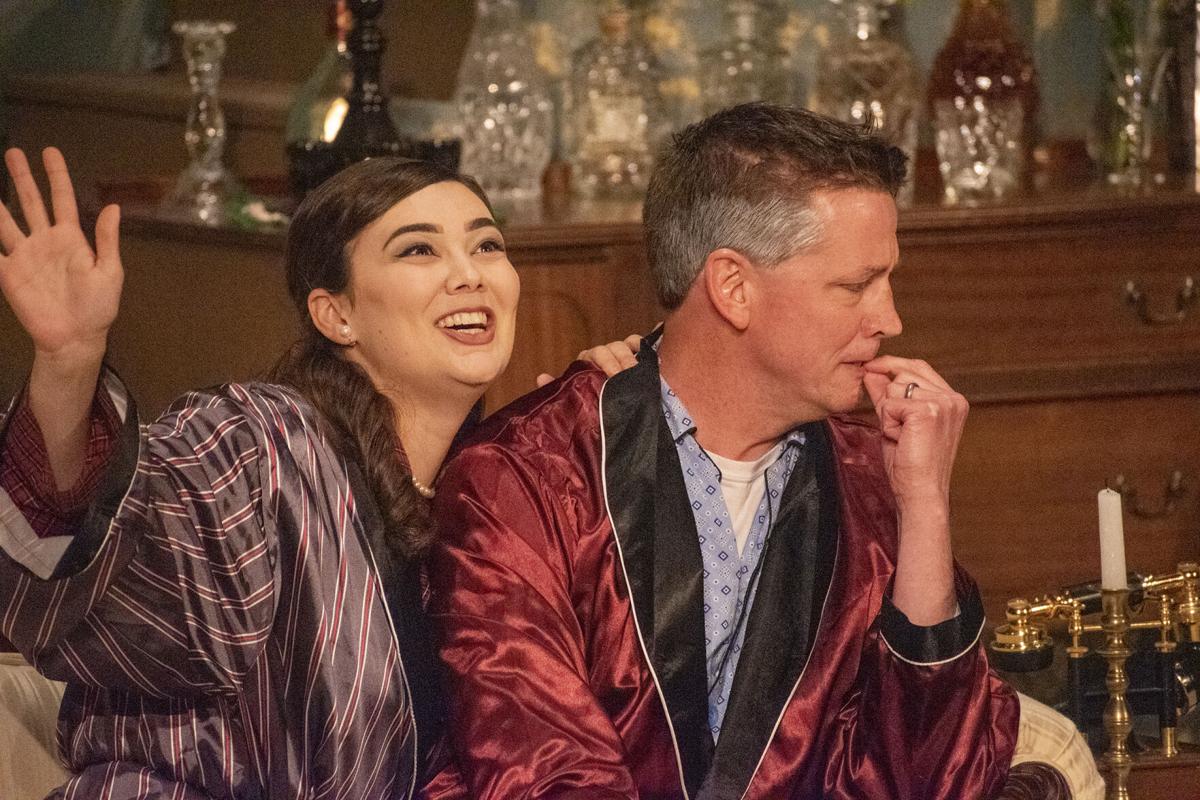 Director Jesse Huntwork is a local to Soap Lake and has been a part of Masquers Theater for six years. This is his first production as director.

“What we need in this dark time is to laugh, and I think my cast and everyone here at the theater has done a good job of that so far,” Huntwork said.

They started rehearsals and casting for ‘Present Laughter’ in early 2020 just before the pandemic hit. They were two weeks into rehearsals when the governor instituted the first large shut down.

Huntwork said that it was very emotional being able to finally present the show that they had initially intended on showcasing last year.

Huntwork’s favorite part of the show is the end of Act Two when all the actors are on stage together, and describes it as “refreshing” to have everyone on the stage at once and finally after so long.

This was the first production for three of the 11 actors. All actors of Masquers Theater are unpaid and one actress even drives an hour from Grand Coulee to be a part of the production.

They have limited seating due to COVID-19 restrictions but have been selling out nearly every night. Their normal seating capacity is a little over 100, but current restrictions are only allowing about half of that.

This weekend is their last slate of shows. The Sunday Matinee has already sold out but there are still spots open for Friday and Saturday night showtimes starting at 7:30 p.m.

For reservations call the box office at (509) 246-2611 and leave a message with your name, phone number, number of seats needed and which show date.

The play is split into three acts with two short intermissions;

Act One: Daphne finds herself in Garry’s house after an “eventful” evening. Garry doesn’t remember who she is. He just wants his morning to pass.

Act Two: The wife of his best friend ends up at Garry’s apartment after “forgetting” her key. Things get heated up! The morning after, the whole company of the house realizes what Garry has done and they try to hide it.

Act Three: Cats out of the bag! Everyone is mad at everyone. Garry defends himself and we find out the truth of what is really going on behind the scenes.

Toppenish escapes from Quincy with a 21-13 victory

FCAD to honor anniversary of 9/11