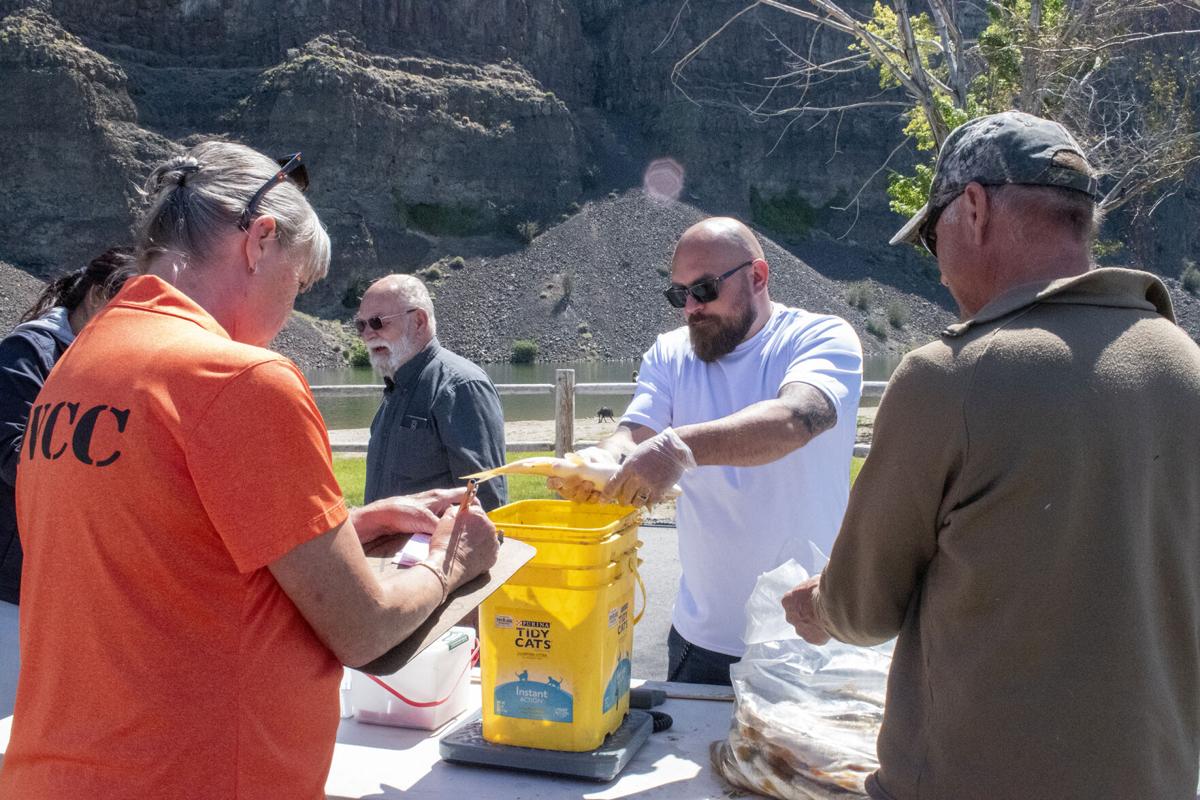 Fish were measured and weighed at two tables by the Crescent Bar boat launch. 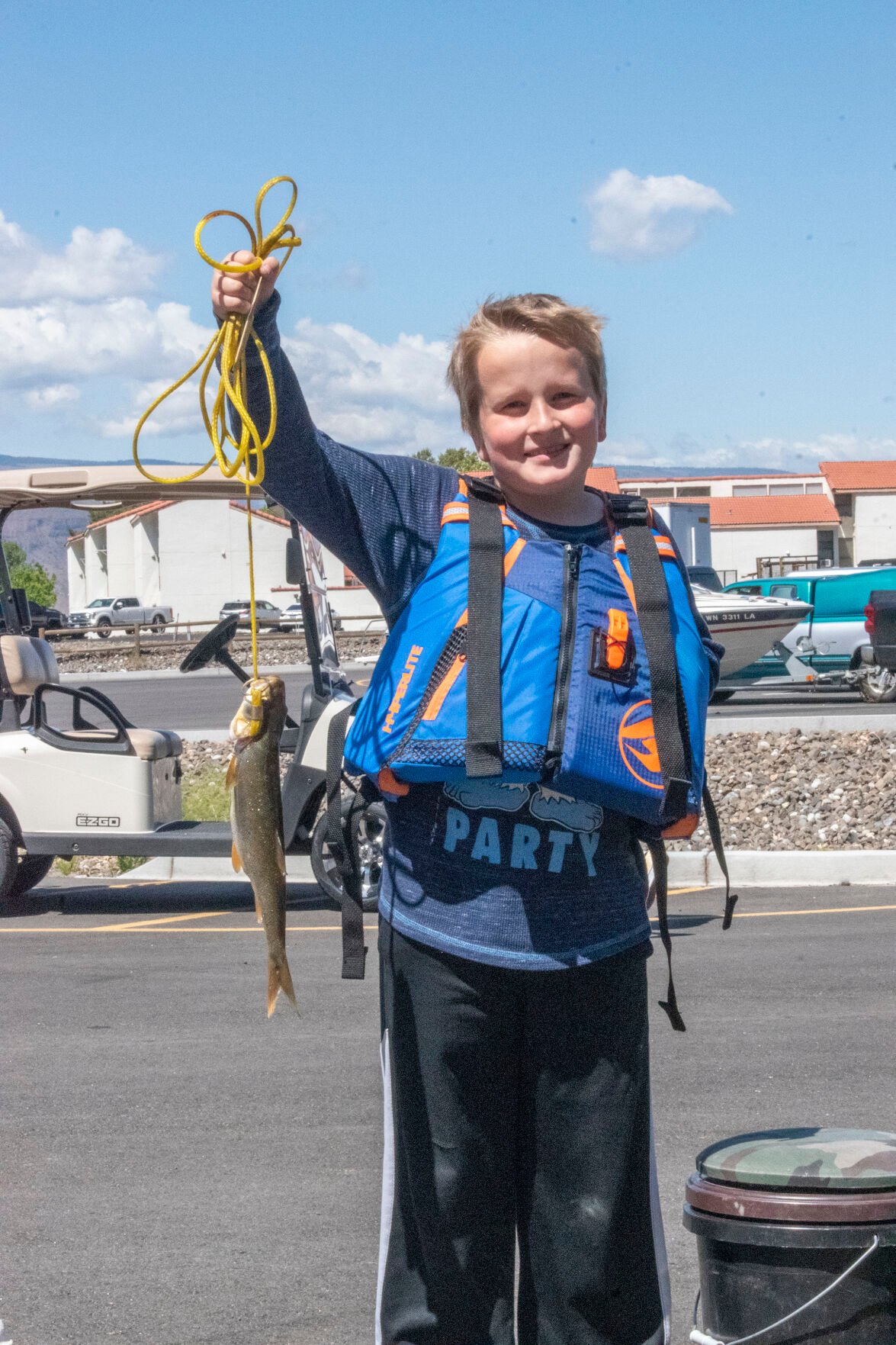 William Peterson holds one of the fish he caught as he waits to have it checked. 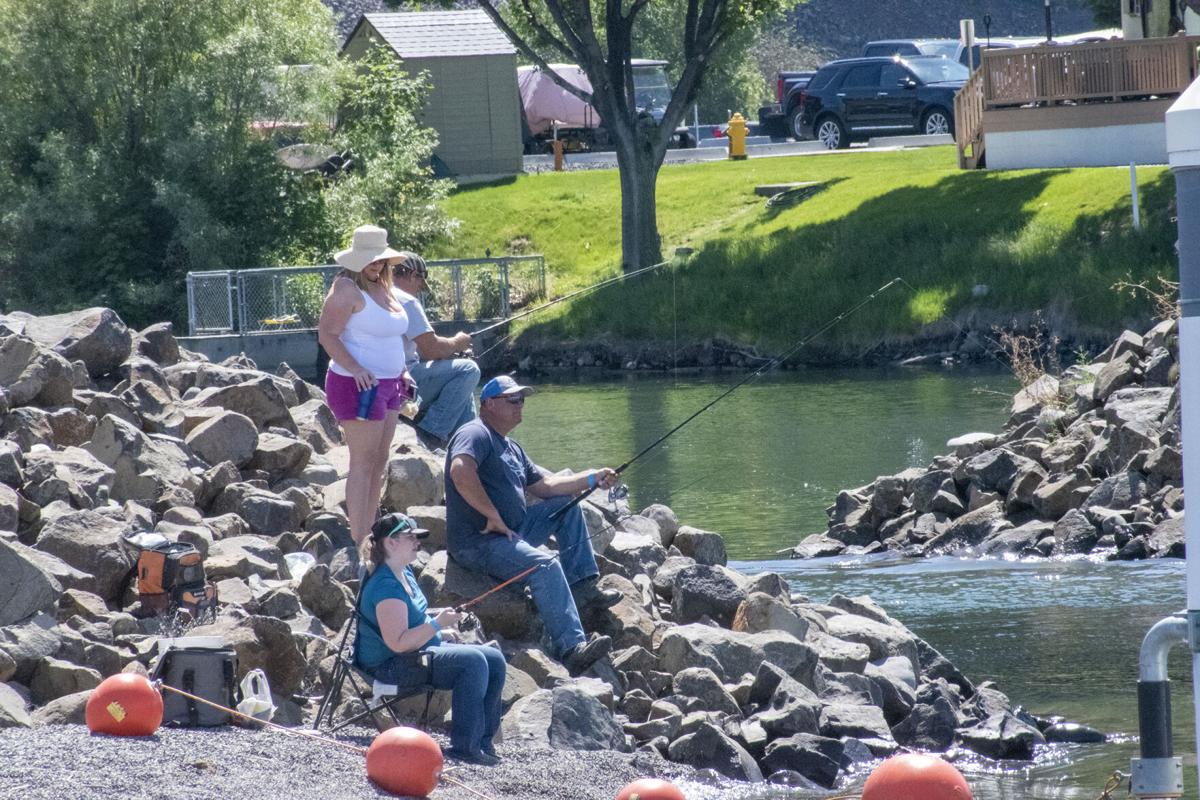 Fish were measured and weighed at two tables by the Crescent Bar boat launch.

William Peterson holds one of the fish he caught as he waits to have it checked.

The Northern Pikeminnow Fishing Derby saw its most successful year yet with 152 participants that caught 2,336 fish for a total weight of 1,306.8 pounds.

The three-day derby gave those who registered the ability to fish for Pikeminnow on the mainstream of the Columba River from the Wanapum Dam to the Rock Island Dam.

The top five adults who caught the most fish in total pounds were:

The top five kids who caught the most fish in total pounds were:

The winners each got first pick for prizes before the rest were raffled off. Prizes included an electric scooter, virtual reality set, fishing nets, hats, coolers, a depth finder and more. Morgan Moerey of Kirkland won the raffle for a Polaris Huntsman 4-wheeler and flatbed trailer.

Northern Pikeminnow eat millions of salmon and steelhead juveniles each year in the Columbia and Snake River systems. Because of this, the Pikeminnow Sport Reward Fishery Program, funded by the Bonneville Power Administration and administered by the Pacific States Marine Fisheries Commission, pays anglers for each Northern Pikeminnow that they catch that is nine inches or larger.

The goal of the program is not to eliminate Northern Pikeminnow, but rather to reduce the average size and curtail the number of larger, older fish. Rewards range from $5 to $8 per fish, and special tagged fish are worth $500.

Junk in the Trunk fundraiser seeks to help Senior Center

Air advisory issued for Grant County due to wildfire smoke

B Street becomes a Better Block over the weekend