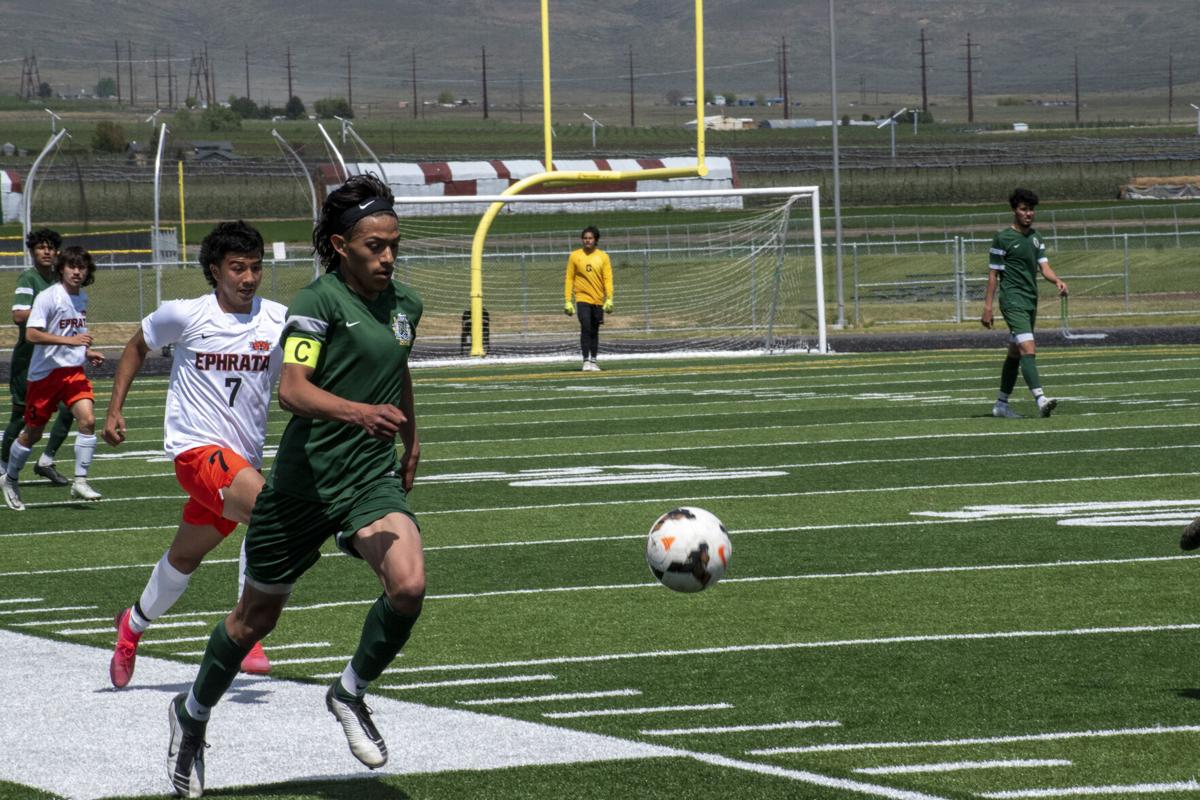 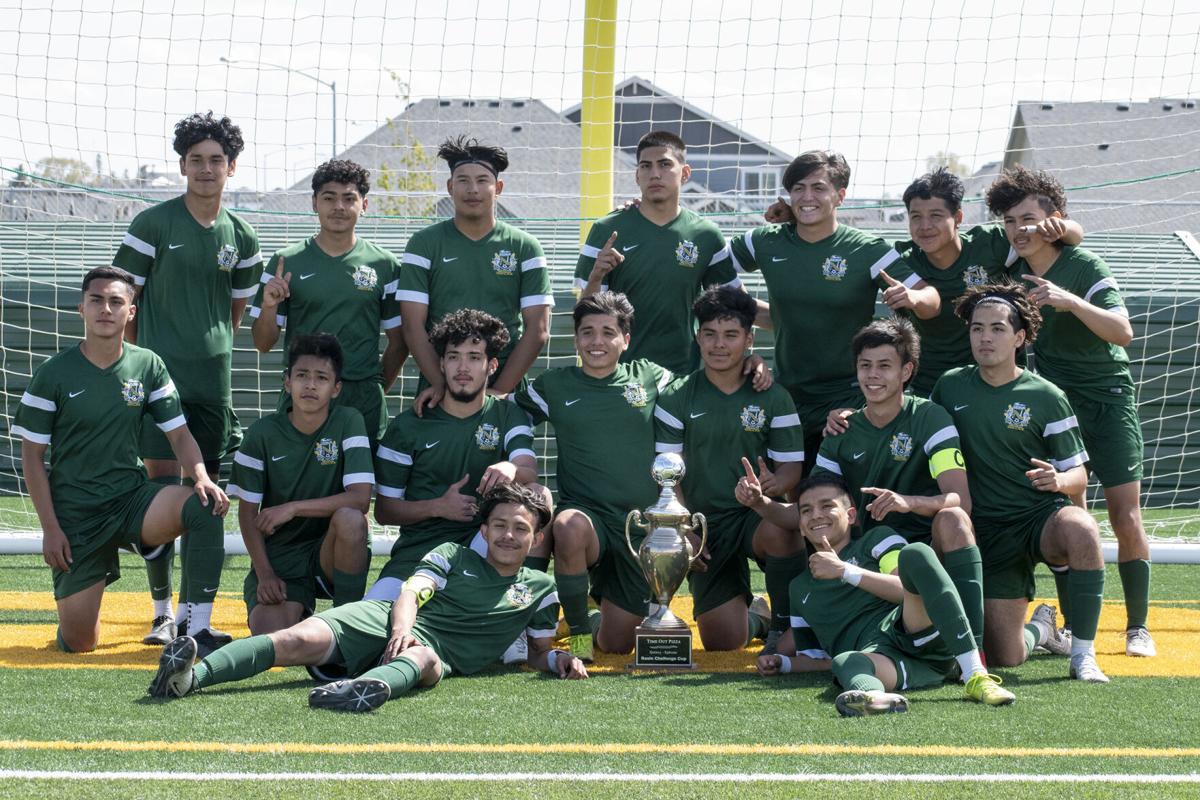 The Jacks were all smiles as they posed with the trophy. 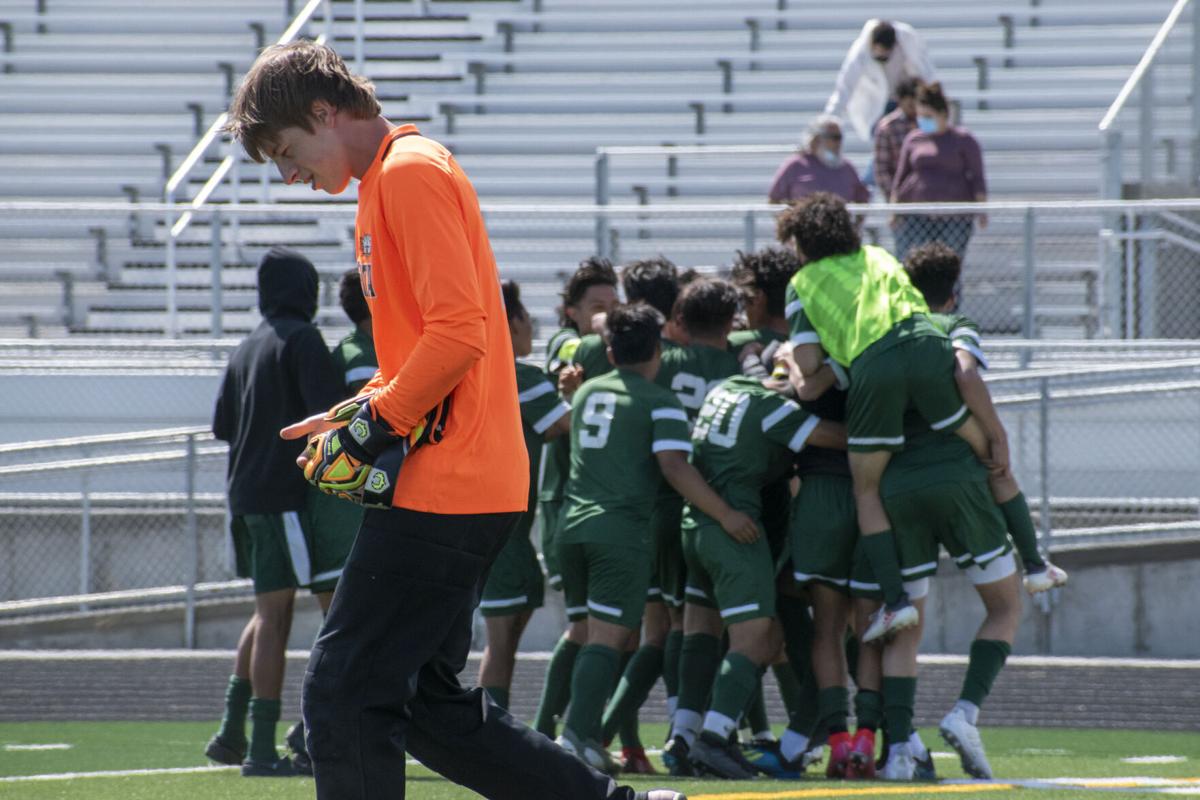 The Ephrata goalkeeper walks away with his head down after failing to block the last shot by Quincy.

The Jacks were all smiles as they posed with the trophy.

The Ephrata goalkeeper walks away with his head down after failing to block the last shot by Quincy.

May 1 was an exciting day for the Jacks soccer team as they defeated long-time rival Ephrata and walked away with the traveling trophy.

Quincy’s Jose Lopez started out by scoring the first goal only two minutes into the match. It wasn’t until 10 minutes later that Ephrata managed to score and get on the board.

Quincy’s Juan Gutierrez scored with only two minutes left in the first half, bringing the score to 2-1 right before the break. Shortly after the score, Ephrata’s sophomore Hudson Sager received a yellow card from one of the referees. He disagreed with the referee about being offside but it wasn’t until he shouted “you’re blind as a bat,” that the referee carded him.

In the second half of the match, Ephrata scored knotting the score at 2-2. The tight game was filled with near-miss goal attempts by both teams. Lopez got a yellow card in the second half.

Despite attempts by both teams, neither one was able to score again in the second half, the game ending 2-2.

They immediately went into a nail-biting penalty shoot out instead of overtime. Quincy was the first to kick but was blocked by Ephrata’s goalkeeper. The Jacks proceeded to make their remaining four shots during their turns. Ephrata only made three, missing two, resulting in a Quincy victory.

Head Coach Francisco Tafoya said after the game that he was “happy we got the win and (it) feels good to beat Ephrata.”

He also explained that their performance during the game wasn’t exactly what they were looking for, but that they were happy with the result.

“I’m happy for the seniors that they actually got to play and play against Ephrata and have those bragging rights,” Tafoya said.