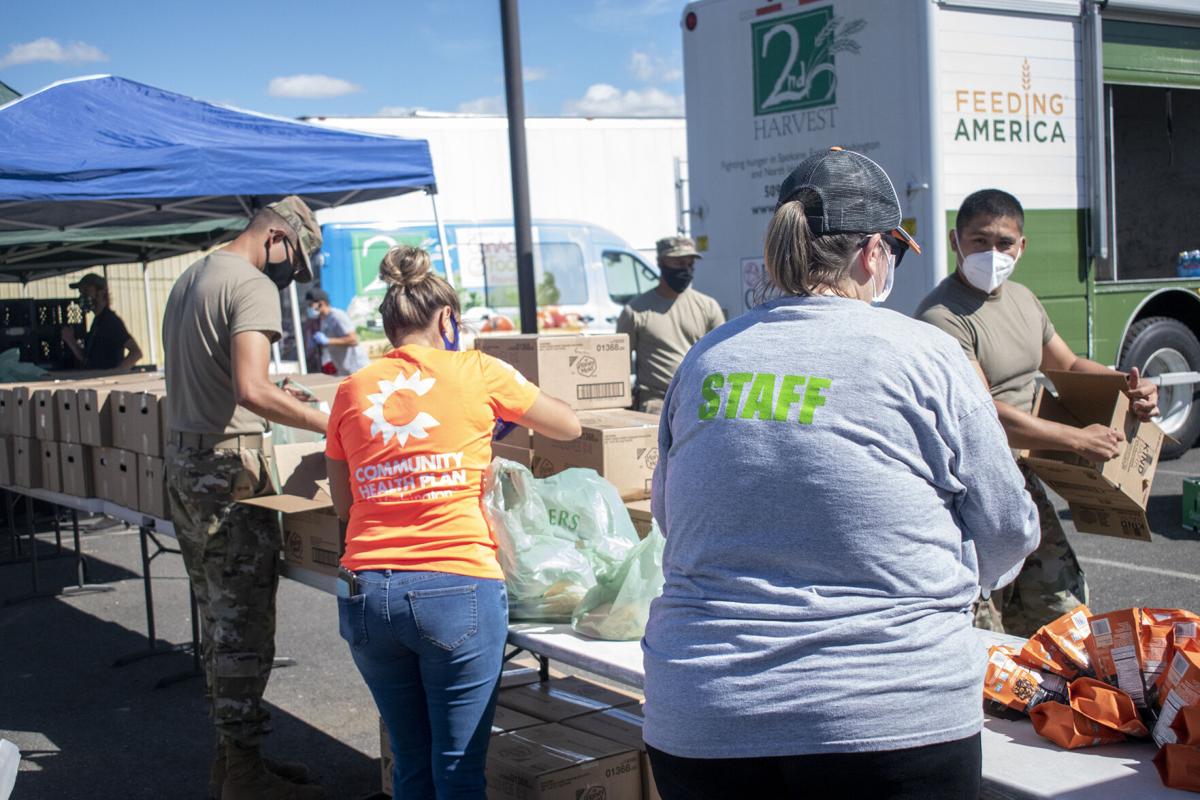 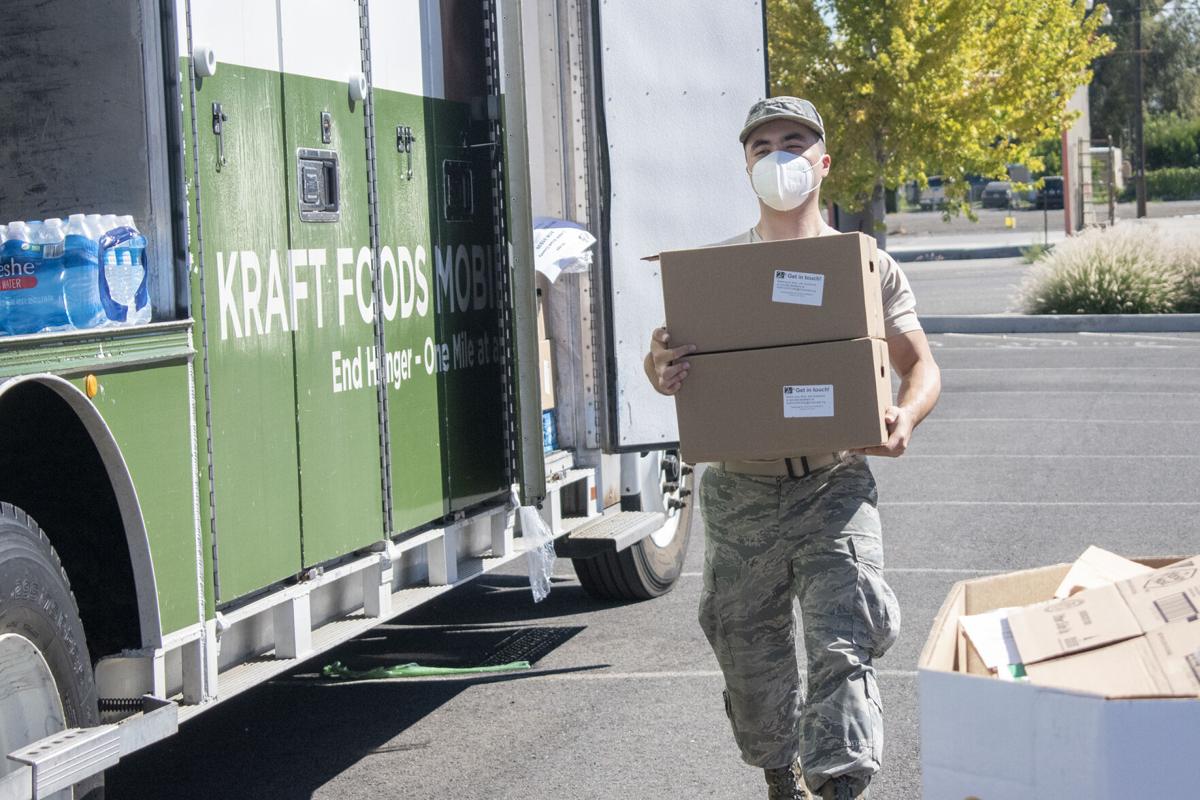 A National Guard member carries boxes from the supply truck to the tables to be distributed out to families.

A National Guard member carries boxes from the supply truck to the tables to be distributed out to families.

On Aug. 31, Second Harvest gave out enough food for 300 families at the Quincy Community Health Center.

QCHC covered the logistical costs for transportation and labor for Second Harvest to come to Quincy from Pasco and give out the food. National Guard members from Task Force Columbia directed traffic and loaded cars with the boxes of food. Mobile Market Team members, National Guardsmen and QCHC staff helped put together the bags of food.

As cars drove through, each family received a gallon of milk, two pounds of butter, five pounds of meat, and a 30-pound box of apples, pears and potatoes. There were also bags of pasta and other dry food items given out.

Walmart, Darigold and farmers from around the Pacific Northwest donated the food that was distributed.