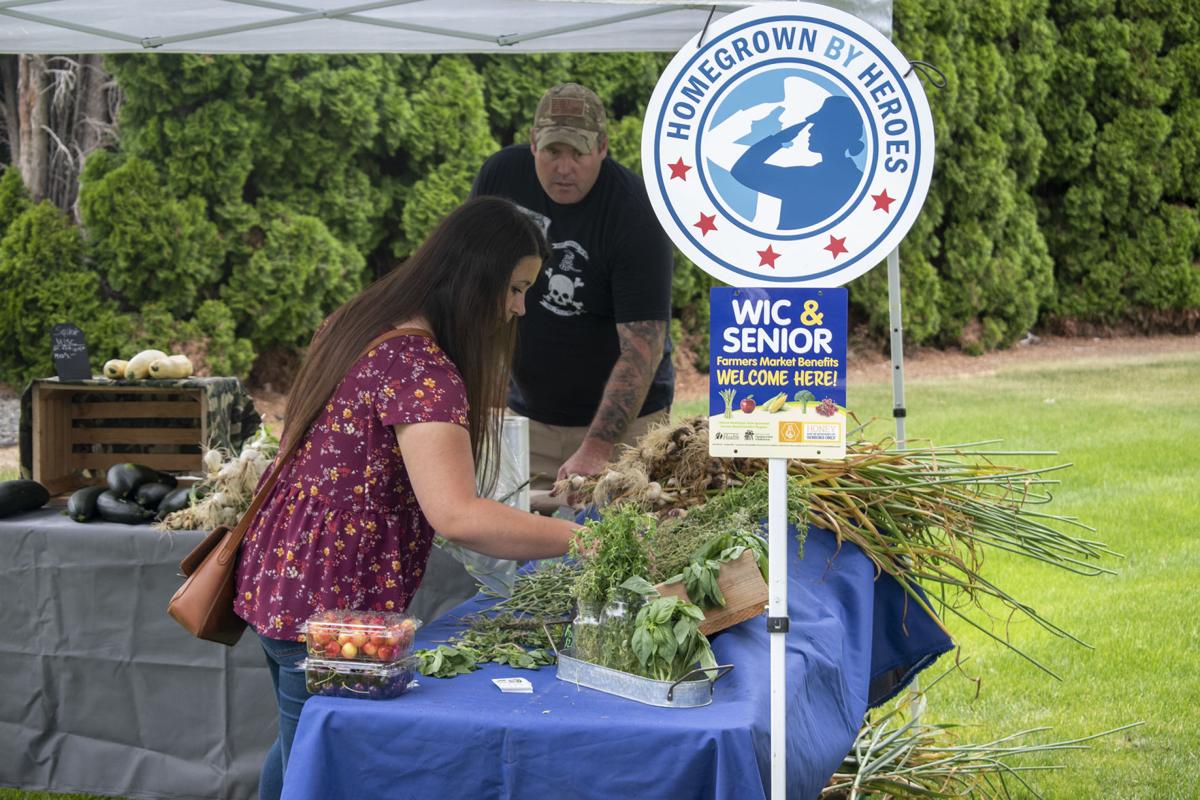 A market goer looks through some local produce. Many attendees claimed to like the new location better than the old spot at Lauzier Park. 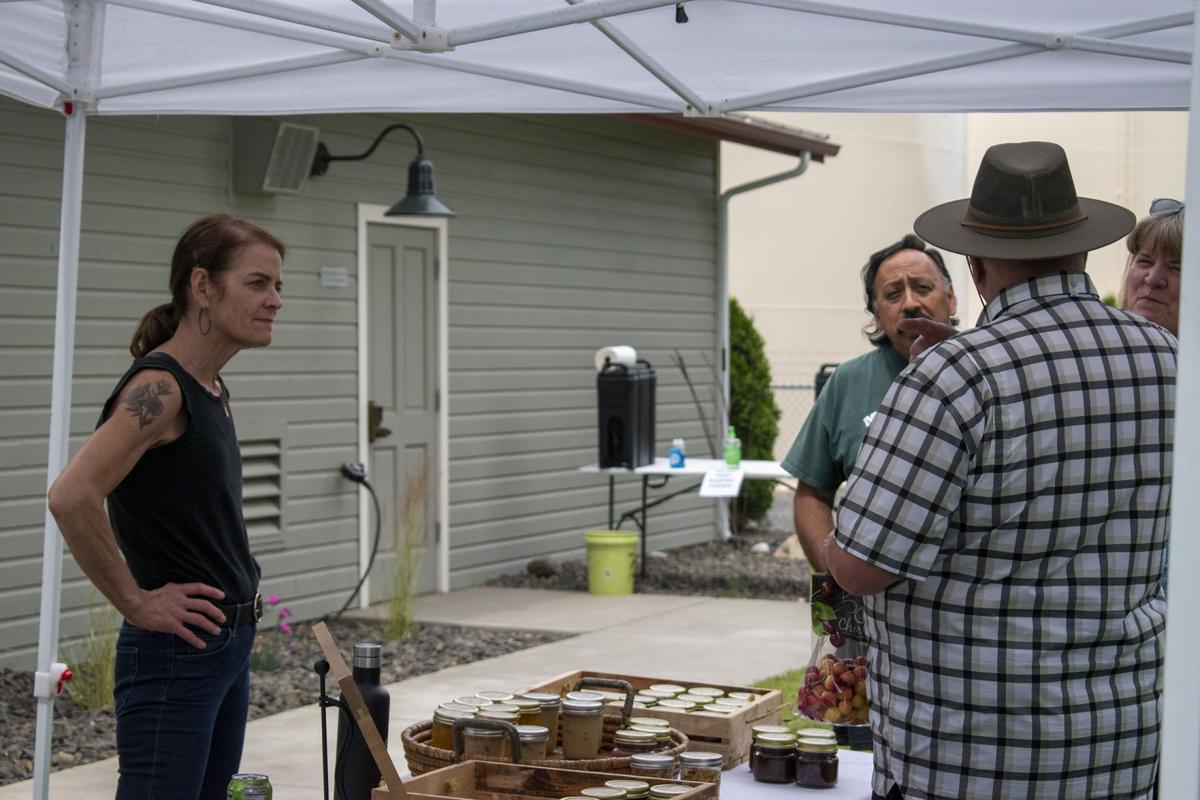 A group of market attendees and vendors visit. 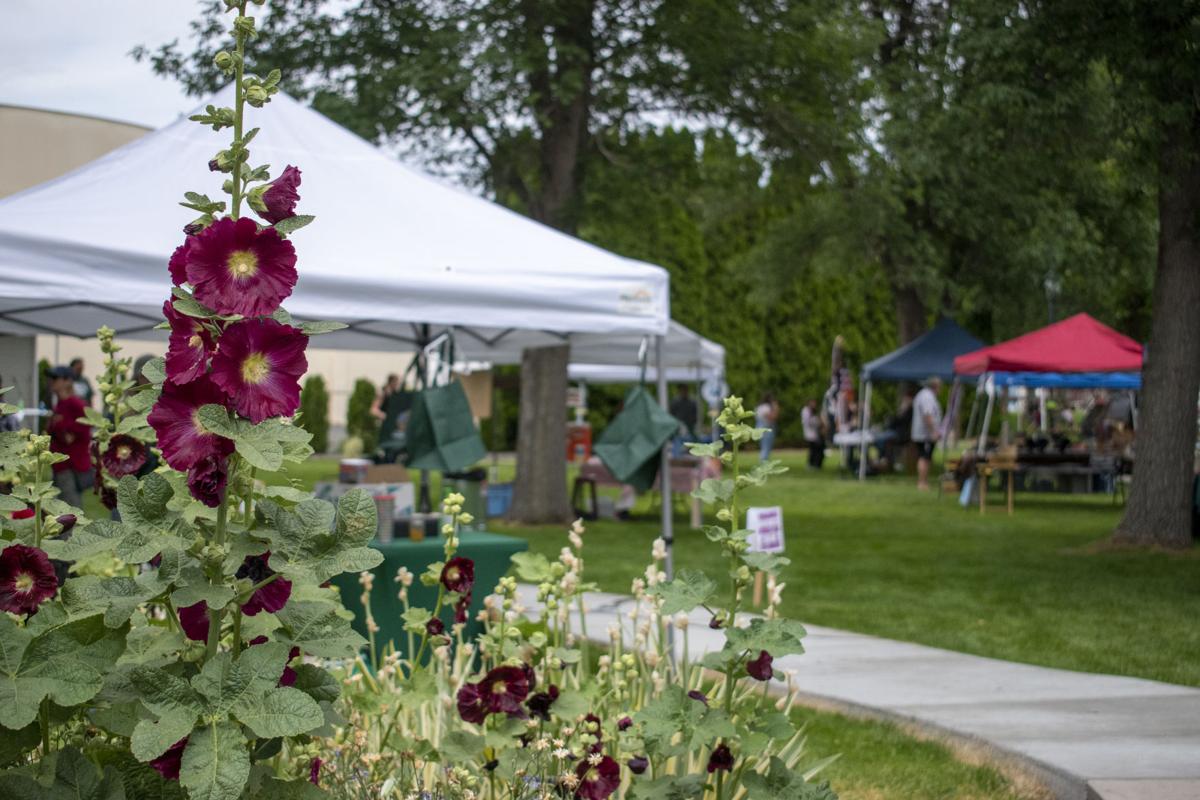 Many attendees claimed to like the new location better than the old spot at Lauzier Park.

A market goer looks through some local produce. Many attendees claimed to like the new location better than the old spot at Lauzier Park.

A group of market attendees and vendors visit.

Many attendees claimed to like the new location better than the old spot at Lauzier Park.

Although the Quincy Farmers Market opened its 2020 season a bit later than expected, it did not lack excitement or customers.

The first market of the season drew over one hundred to the Quincy Valley Historical Society Museum and Park, the new location this year. In total, 16 vendors dotted the spacious yard adjacent to the barn, selling fresh produce, hand-made crafts and other goodies.

The opening market nearly had 18 vendors, but two changed their minds last minute, said Chelsea Putnam, market manager. She is anticipating about 22 vendors for the next market on July 4, and an average of 18 or so every week for the rest of the summer, she added.

The first market of the summer saw a steady flow of patrons throughout the four-hour time frame, Putnam said, adding that the first hour or two were the busiest of the day. The market shortened by one hour compared to previous seasons; it now runs from 9 a.m. to 1 p.m. instead of starting at 8 a.m.

The market missed opening the first Saturday of the month due to COVID-19 restrictions at public parks, which included their previous location at Lauzier Park off of Thirteenth Avenue Southwest. Putnam and other market organizers had to find a new location and decided on the historical society grounds.

“They’ve (vendors) really liked the location, a lot more than Lauzier (Park),” Putnam said. “This was a nice little blessing in disguise.”

Putnam liked the space at Lauzier Park, but said the new location gets more exposure being on Highway 28.

“I’ve seen more people here throughout this one market than I’ve seen during our busiest times of any other markets,” she said.

The historical society will benefit too when they open in Phase 3 of Governor Jay Inslee’s state reopening plan, Putnam said. Patrons can come to the market on a Saturday morning and stay afterwards for historical society events, or just walk the grounds and historical buildings.

As for social distancing and preventative measures to slow the spread of Coronavirus, Putnam said many vendors and customers were doing well to physically distance and not hug or shake hands. She and other market organizers also put up signs around the market reminding market goers of prevention guidelines.