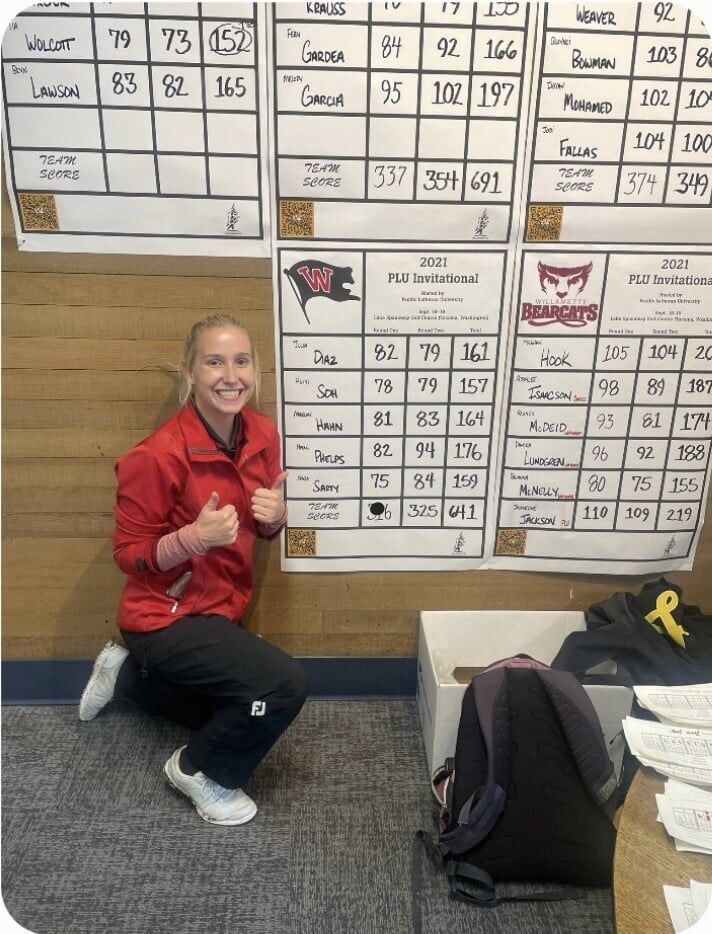 Sarty poses with her score after a college golf invitational match. 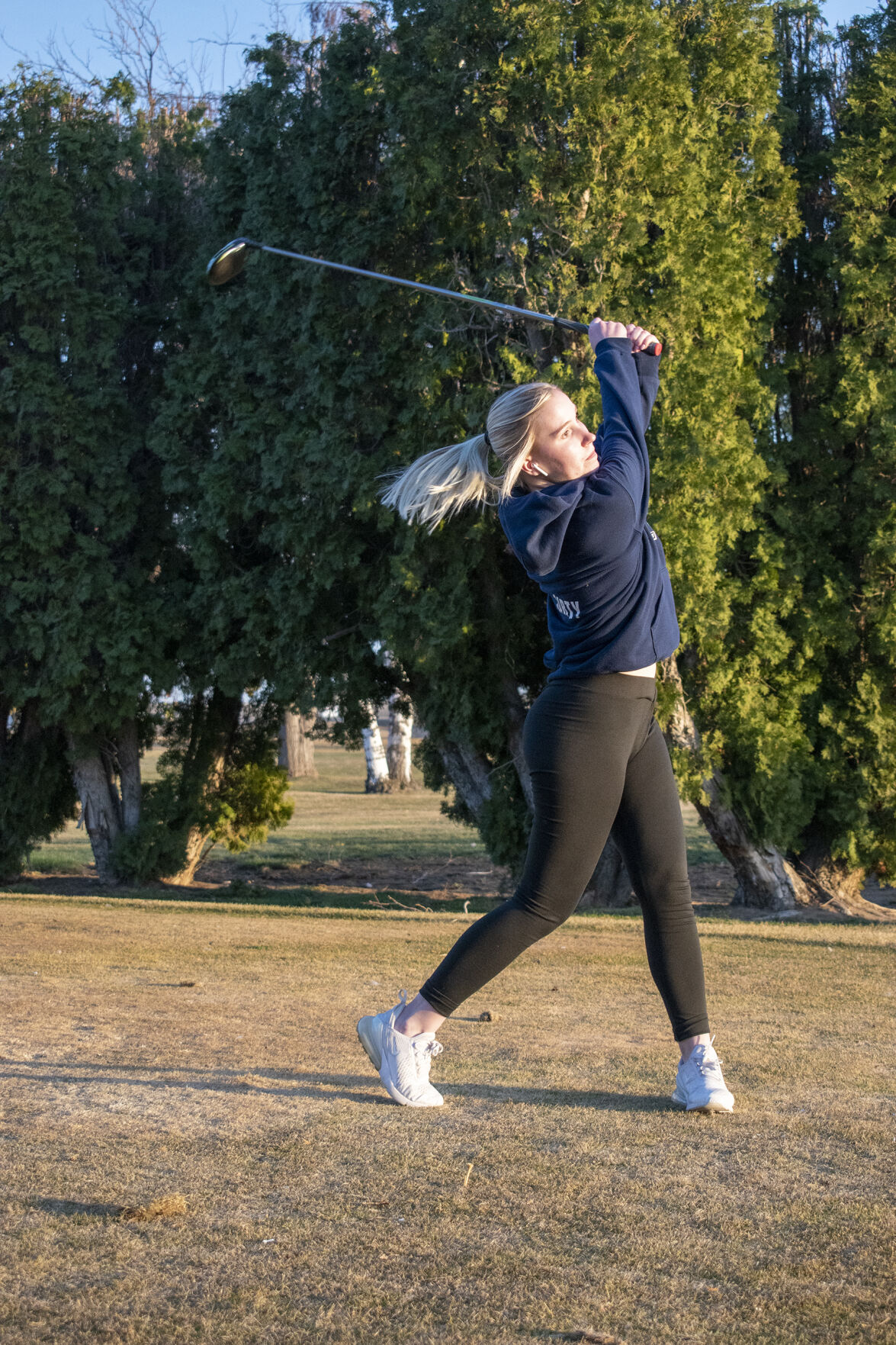 Competing at the state 2A golf tournament in Richland in 2018. 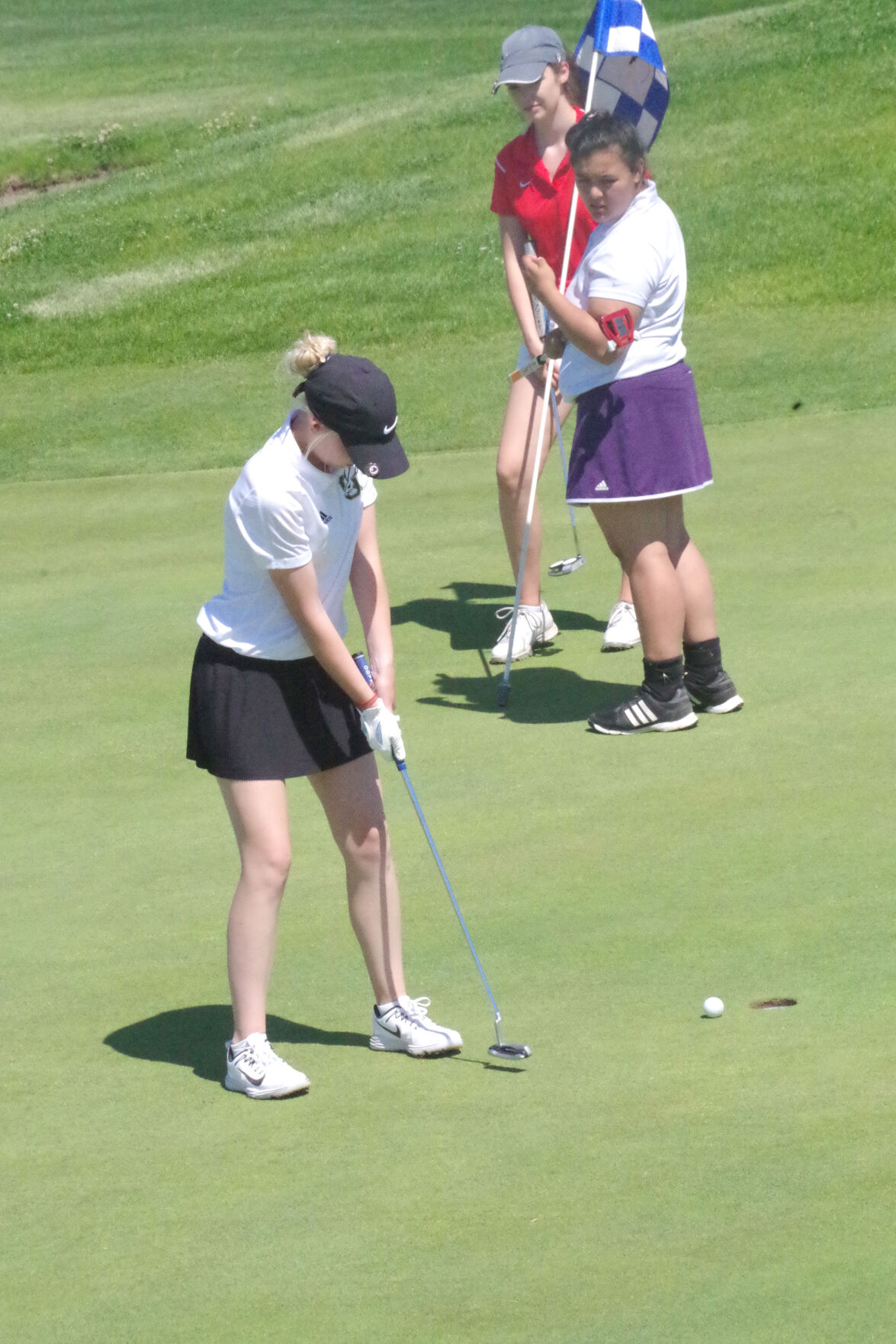 Sarty tees off at Colockum Ridge Golf Course in March 2020.

Sarty poses with her score after a college golf invitational match.

Competing at the state 2A golf tournament in Richland in 2018.

Sarty tees off at Colockum Ridge Golf Course in March 2020.

For Stacia Sarty, the biggest change happened one drop at a time.

Long accustomed to golfing in the Columbia Basin’s desert weather, the Quincy grad found herself first at Pacific University in Oregon and this year in Spokane’s Whitworth University, dealing with some pesky wet stuff falling from the clouds.

“It was a huge adjustment, playing in the rain,” she said. She does not encounter the raindrops so much when playing at home for the Pirates, but when she has to travel to places like Tacoma and Oregon. There are no rainouts allowed.

“We play in every weather, except thunder and lightning,” Sarty says.

The impact of the raindrops on her game were unavoidable. The ball does not roll as far after landing.

“You have to adjust your clubs, because they are not going to go as far,” she said, before adding with a chuckle, “And make sure you have rain gear.”

Putting also changes in the rain. Sometimes the ball goes slower, sometimes faster, and you have to adjust.

Of course, that’s not the only change. The golf courses in the college game are much harder and much longer. Also, the Pirates compete in events that last two or three days in a row.

“That’s a lot of golf over a weekend,” Sarty said.

Still, Sarty would not trade the experience for anything. Long known as a multitalented athlete during her days as a Lady Jack, Sarty is living a scaled-back version of that, playing club soccer for the Whitworth Pirates, as well as playing in the women’s golf team.

A double-major in business and kinesiology, Sarty says that transferring to Whitworth in the midst of a pandemic that shut everything down makes her feel like she had two freshman years in a row.

With a game in the low 80s, Sarty has set two goals for this season. One, to lower her score to the high 70s, and two, to make the traveling team to each tournament. The Pirates’ squad competes for its spots each week, and the top five to six golfers make the trips to different tournaments.

She’s well on her way to achieving these goals. She shot a personal best 75 two weeks ago (see picture) and made the traveling team one time already.

As a team, the goal is to beat George Fox University, tops in the league right now, and the Pirates’ next road trip is to pay them a visit in Newberg, Ore. on Oct. 2., followed by the NWC Fall Classic, one of the biggest tournaments of the fall schedule on Oct. 10.