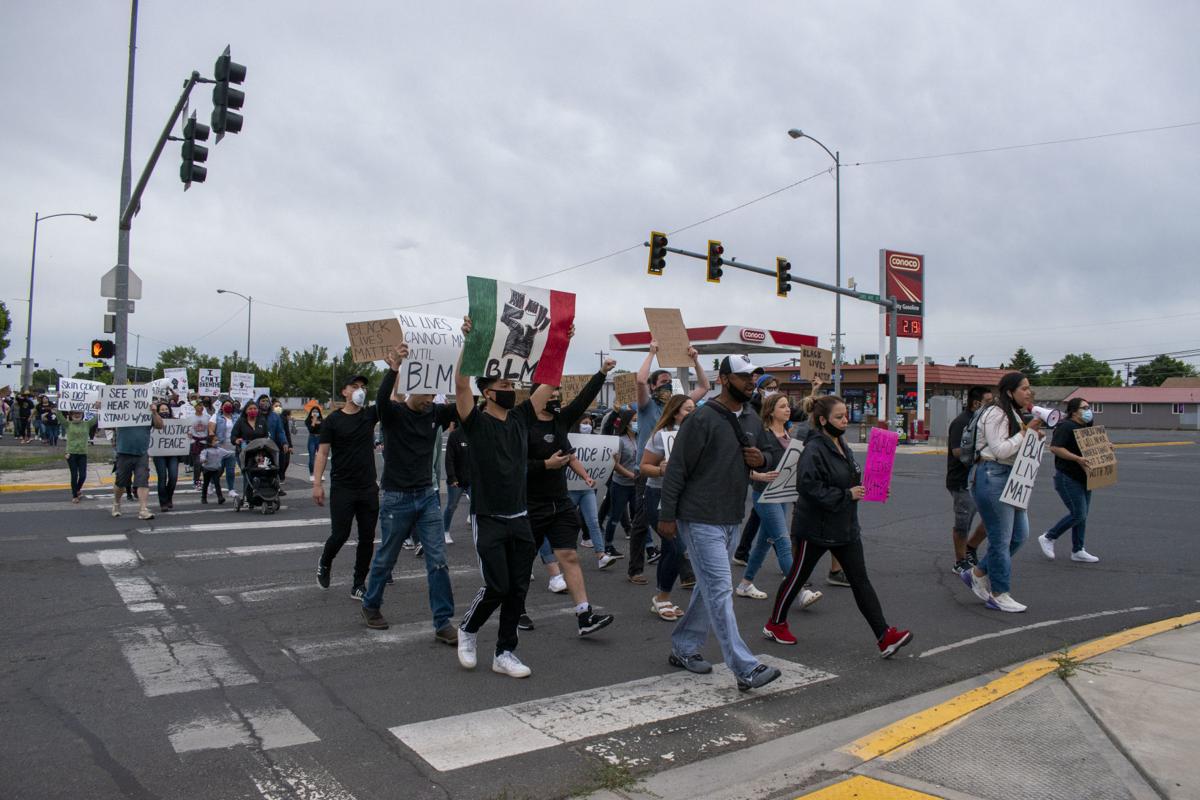 Top, attendees received honks in support as they marched down F Street. 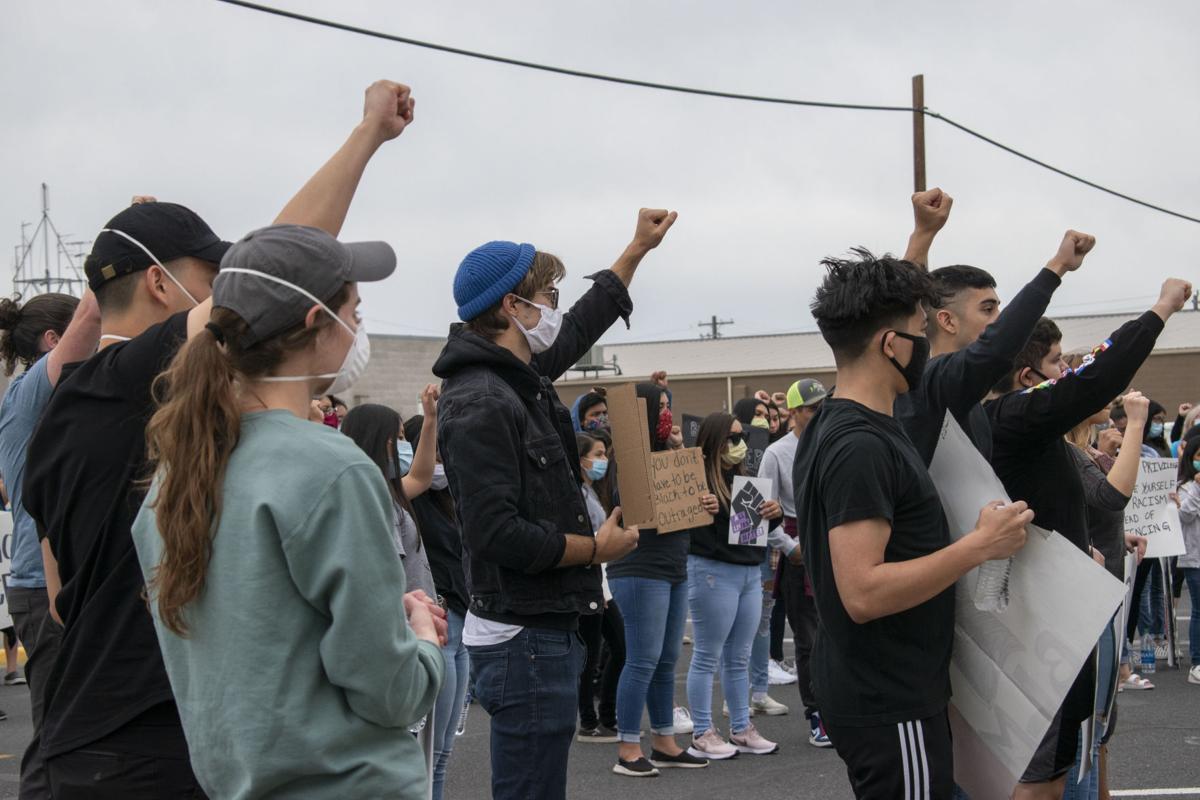 Bottom, marchers hold up a fist showing solidarity with the Black community. About one hundred marched 10 city blocks to the Quincy Police Department. 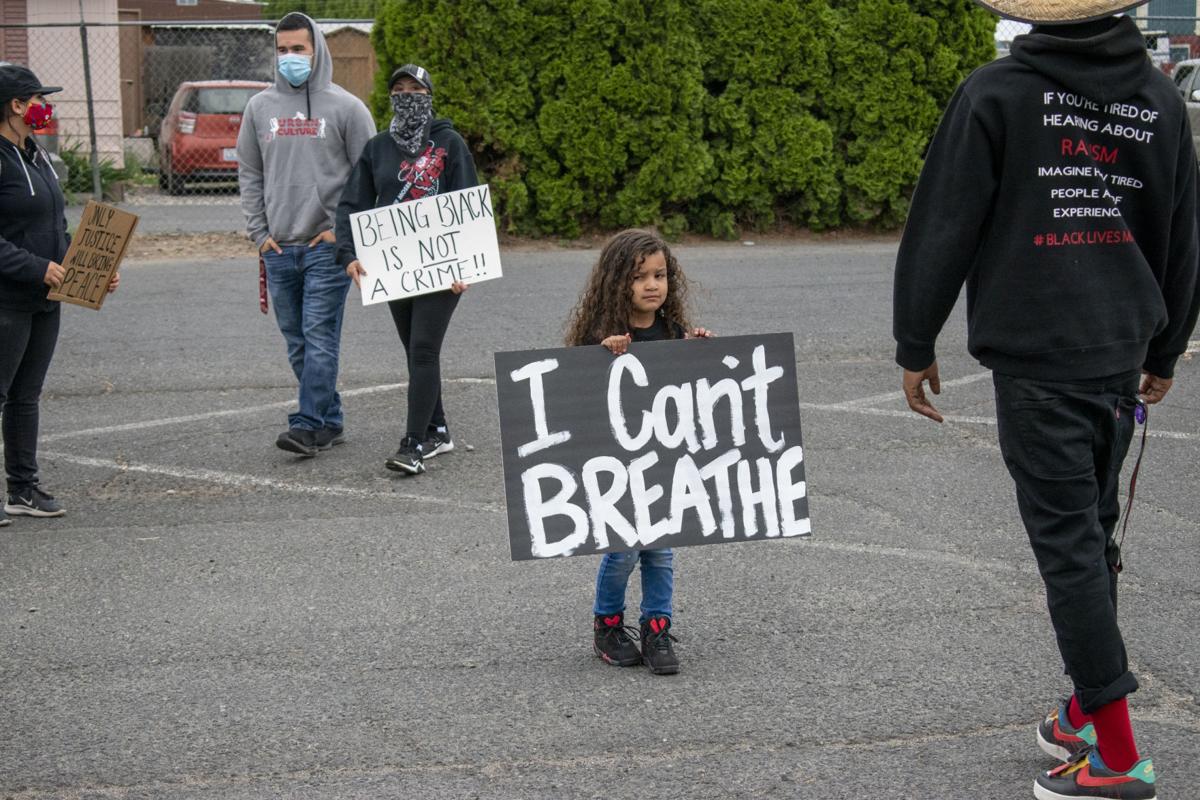 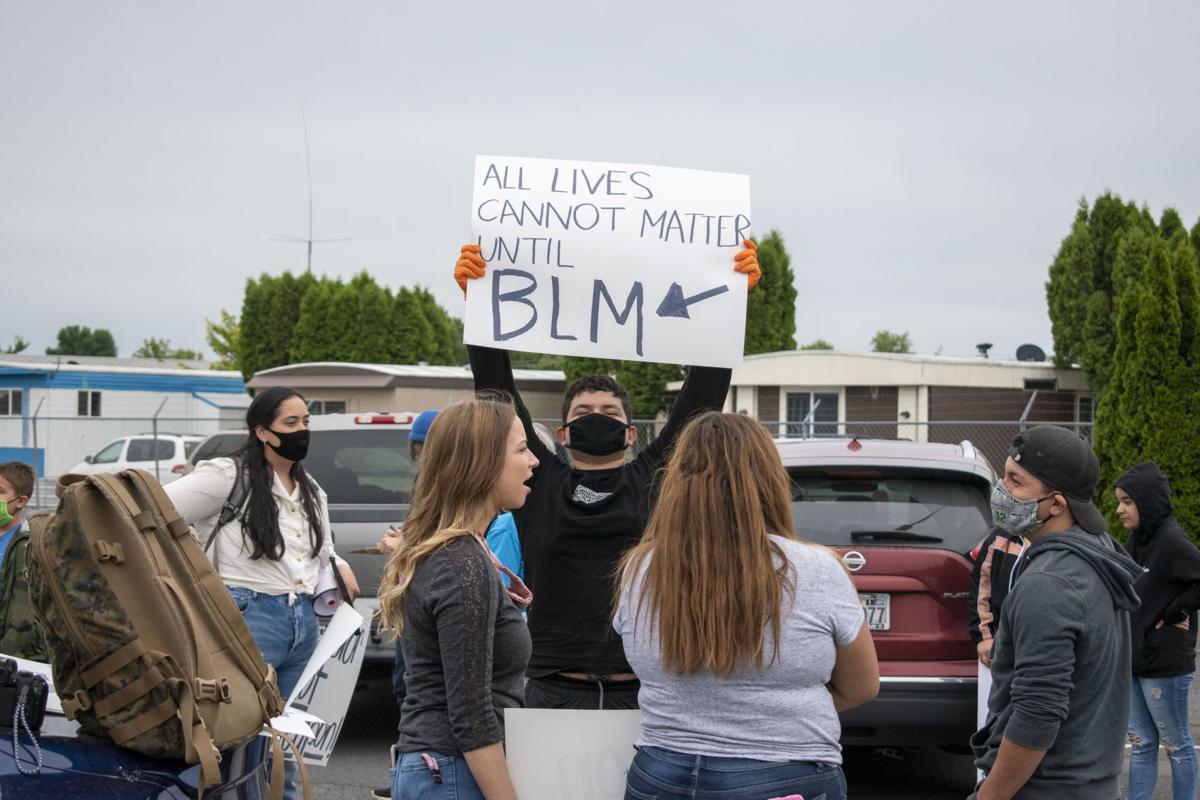 An attendee holds up the sign they made for the march.

Top, attendees received honks in support as they marched down F Street.

Bottom, marchers hold up a fist showing solidarity with the Black community. About one hundred marched 10 city blocks to the Quincy Police Department.

An attendee holds up the sign they made for the march.

On Friday evening, the Quincy community held its second Black Lives Matter march in less than a week.

The march started at 6 p.m. at Quincy Middle School. Joanna Santana, who put the march together, acknowledged the meeting was being held on the traditional lands of the Yakama, Moses and Columbia Peoples. She also mentioned she didn’t want to be labeled as the leader because she felt the march wasn’t for or about her, but she knew something had to be done.

With a police escort, the marchers walked about ten blocks to the Quincy Police Department.

Attendees had signs with written messages such as “I can’t breathe,” “All lives cannot matter until BLM,” and “Being Black is not a crime.”

During the march, passerbys honked their horns in support and some observers even joined in the march along the way. A QPD officer was even heard chanting “Black Lives Matter” along with the people marching.

Once they arrived at the Police Station, the marchers gathered and began an open discussion where anyone could walk to the front of the group and share their feelings, experiences and advice.

“I think it went very well,” QPD Sergeant Paul Snyder said. “I thought there was a lot of good messages out there.”

People from all parts of the community stepped forward and shared their experiences. The group heard from a former U.S. Marine, Quincy School District staff, Quincy High School alumni and general members of the public. One woman shared a poem she wrote about the privilege she saw in her life.

The event closed with Santana saying a prayer.

“All I can say is black people got the support of the community and it was a few of us here, but worldwide we all appreciate all these people coming together for us and making this happen, because if it doesn’t stop now it’s never gonna stop,” said Shawne Riddick, a former military member. “It’s nice to have support, even a small town like Quincy. But I mean, to see this, it really warms my heart.”

“I feel very grateful and I feel like it’s a critical point right now in Quincy,” said Susana Camacho Plascencia, a QHS alumnus. “The biggest message I think is just standing as a community together.”

A series of protests and marches have swept the nation after the death of George Floyd, an African American man, who died while being detained by police in Minneapolis, Minnesota.

A Facebook event was created by Santana titled “Better Together: Quincy March for BLM.” The page addressed when and where the march would be as well as some advice for attendees. One of the requests was that attendees wear face coverings in respect for other people who would be attending.