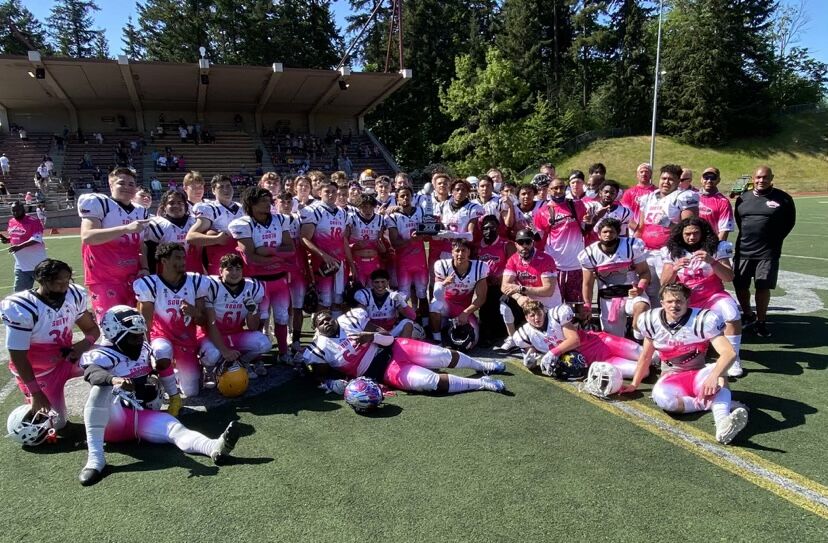 Realme played for the South Team which won the game 38-25. 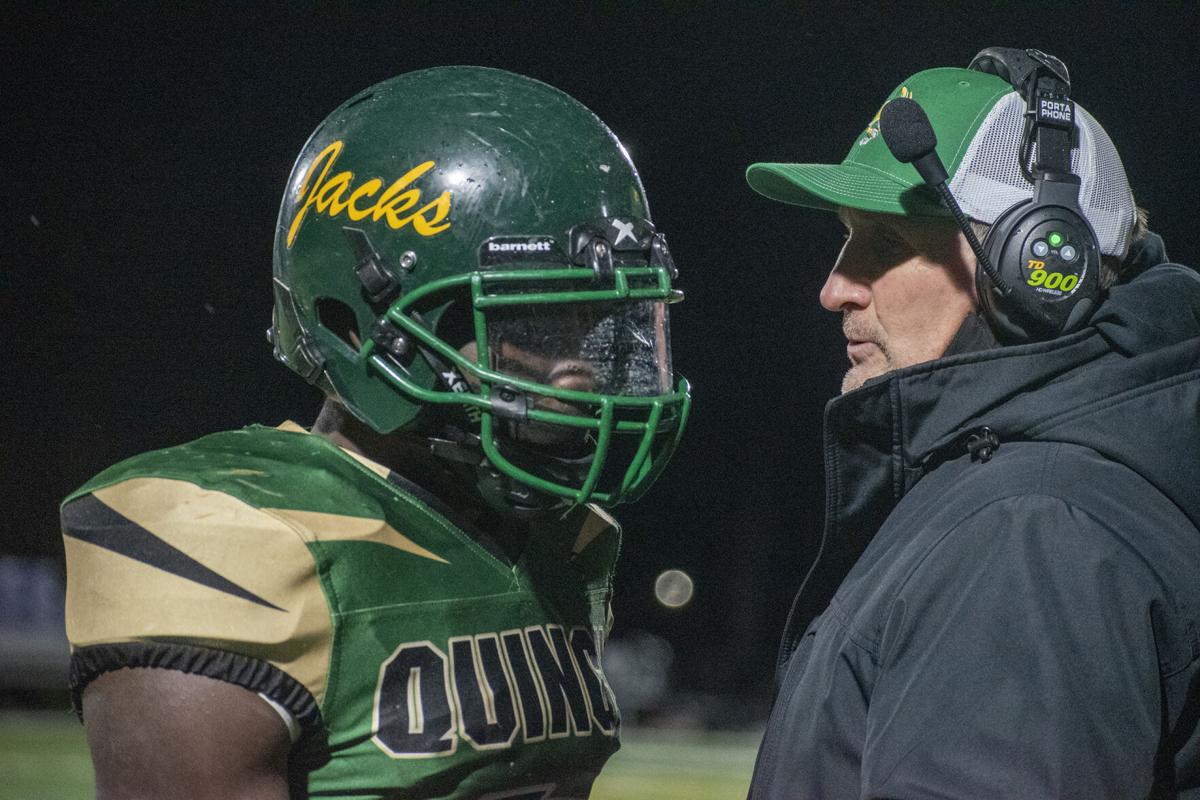 Mykenzi was a running back and defensive back for the Jacks during their shortened season. In the picture you can see Mykenzi talking to one of the coaches during a game.

Realme played for the South Team which won the game 38-25.

Mykenzi was a running back and defensive back for the Jacks during their shortened season. In the picture you can see Mykenzi talking to one of the coaches during a game.

QHS senior Mykenzi Realme is grateful for his opportunity to play in a Northwest All-Star football game over the weekend as his family prepares for his graduation and departure to college.

Realme returned from Kent where he participated in the Cleats vs Cancer Showcase on Saturday.

“I’m thankful for God giving me this opportunity to get my name out there. Not only do I believe He will use this experience but I simply just had fun being around different high level athletes throughout Washington. I enjoyed playing with them,” Realme said.

The Cleats vs Cancer High School Showcase is a Northwest All-Star Game that brings football players together from Washington, Oregon and Idaho.

Realme was selected for the South Team after being nominated for the game in an online forum.

“We had so much fun at the Cleats versus Cancer All-Star game. Mykenzi’s team, the South Team, won with a score of 38-25. Much prayer and preparation went into Mykenzi’s participation and it really paid off. Mykenzi was one of four running backs rotating into the game which meant he didn’t get to play as much as we hoped but he did a great job and gained yards nearly every run, it was fun to watch,” Realme’s mom, Pam Realme said.

During the Jacks football season Realme scored the only touchdown for the Jacks in their first home game against Cashmere. He rushed a net total of 38 yards that game.

“Now we are moving forward with plans for him to graduate high school and leave to college this fall. We are excited to see where God will take him,” Pam Realme said.