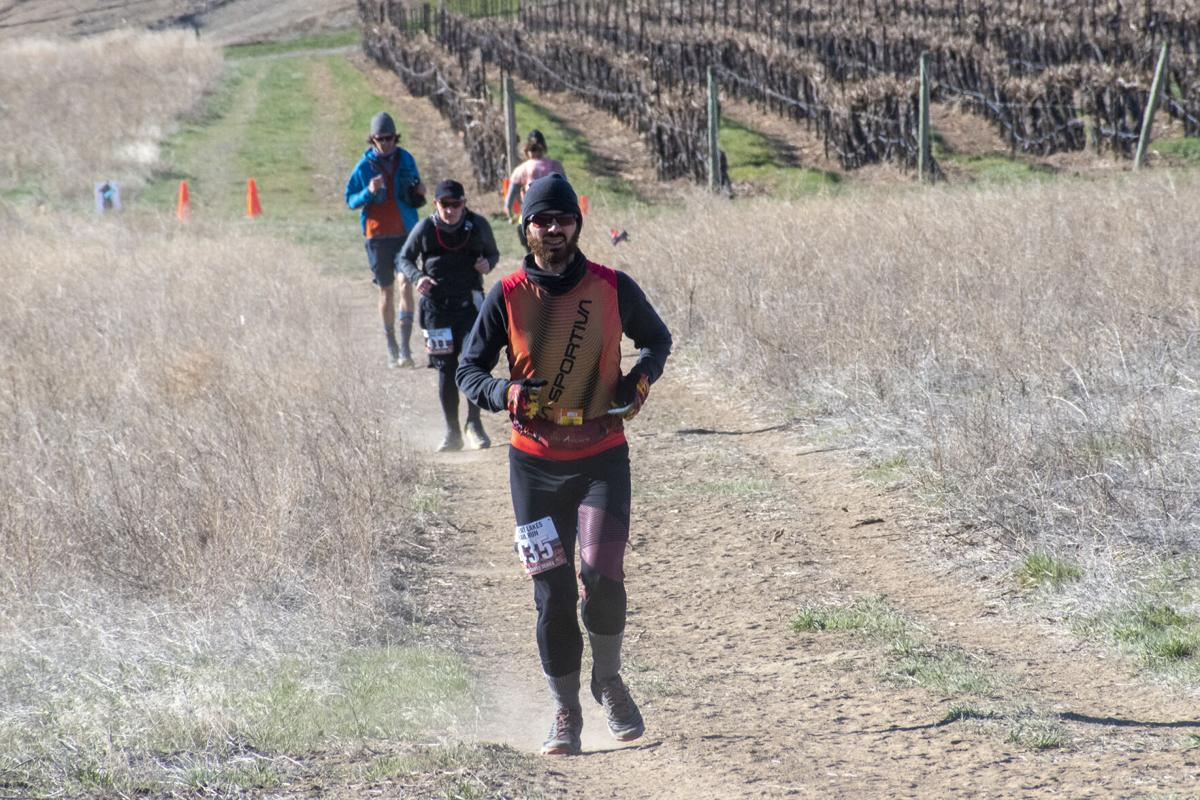 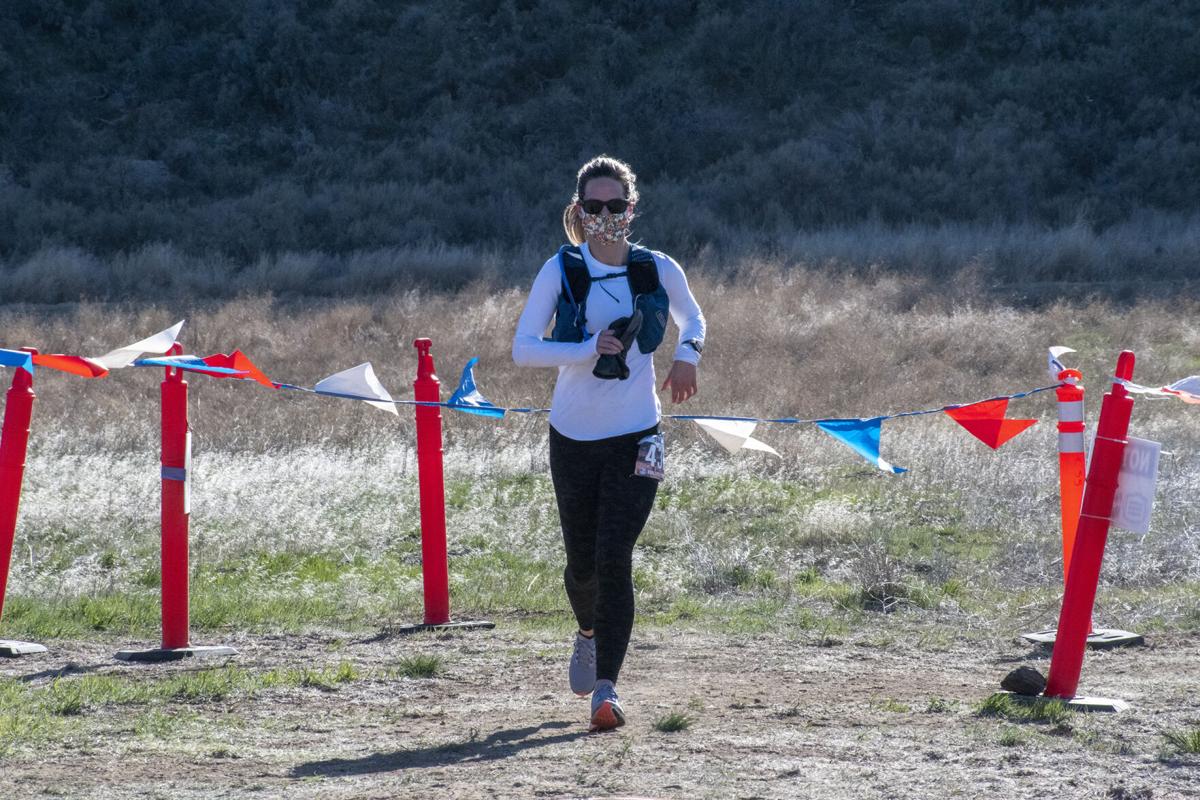 A racer approaches the finish line on Sunday morning. 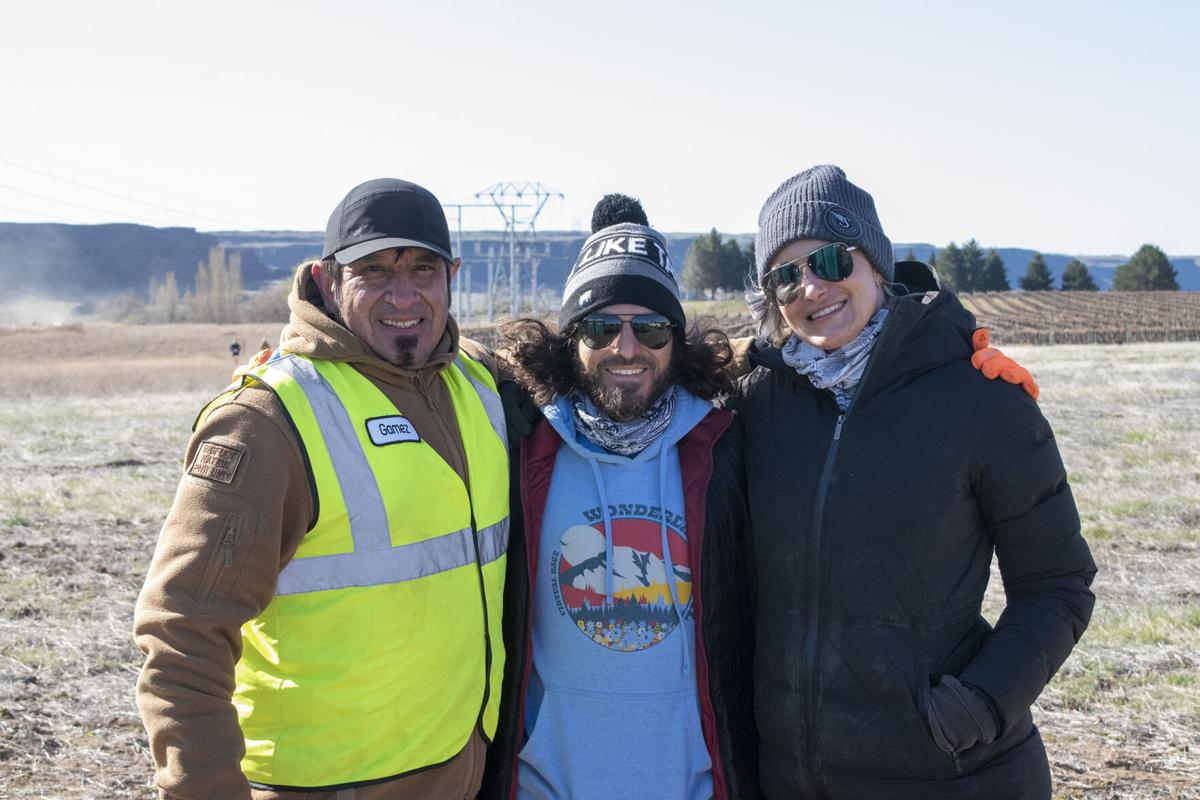 From left to right, Jerry Gamez, Dan Bucci and Sabrina Seher, the organizers of the Run Super Series.

A racer approaches the finish line on Sunday morning.

From left to right, Jerry Gamez, Dan Bucci and Sabrina Seher, the organizers of the Run Super Series.

Ancient Lakes Recreation Area was bustling with activity over the windy weekend. The sagebrush lined trails saw hundreds of runners between April 10-11 for the Ancient Lakes Trail Run, part of a series of races around the state.

The Run Super Series is a series of 12 races around Washington. One of their races is The Ancient Lakes Trail Run and has four race distance options; 50M, 50K, 25K and 10K. The approximate distance of the 25K course was 17 miles, the 50K course 34 miles, and the 50M course 51 miles.

Sabrina Seher is the race director of the Run Super Series. Seher said that Ancient Lakes is a newer venue for them. They originally planned to have the first race at Ancient Lakes last April but COVID-19 concerns didn’t allow it to happen until November. The races over the weekend marked the second time holding a racing event in the area.

Seher addressed that their event is the only running event held at Ancient Lakes and that they like the venue because of how different the terrain is compared to the other races they hold on the west side of the state. She also mentioned that the views from the waterfalls to the basalt cliffs to the Columbia River were “truly spectacular and allowed runners to experience the best the desert has to offer.”

Seher, Jerry Gamez and Dan Bucci are the organizers of the Run Super Series. Seher lives in Tacoma and owns a gym there called Super Studios 253. She teaches studio style fitness classes, is a personal trainer, and is the head coach of the Run Super training program. She has completed over 300 marathons and ultras in her running career. This is her seventh year race directing.

Bucci is the Assistant Race Director. He joined the Run Super Series Team in 2017 and helped Seher launch the races. Bucci is also based in Tacoma. He has almost 200 marathons and ultras under his belt and recently completed an unsupported solo run on the Wonderland Trail, which is 93 miles around Mount Rainier.

Gamez is the Course Director and has been with the Run Super Series since the start. With decades of experience in race directing, Jerry brings his skills in course development and course marking to our races. When you see those perfectly placed mile markers on race day, or a well placed course marking, you can give a silent thanks to Jerry. Jerry is an accomplished runner with many speedy marathons under his belt. He has been working bike and trail races in Washington State for decades. Gamez is originally from Moses Lake but now lives in Kent.

The Run Super Series website says: “We are dedicated to put on the BEST running events in Washington. From roads to trails, from 5k to 50M, from relays to endurance events, we have a running experience for everyone!”

QHS drama hosts first in-person production in over a year

Talley promoted to Lieutenant at GCFD#3