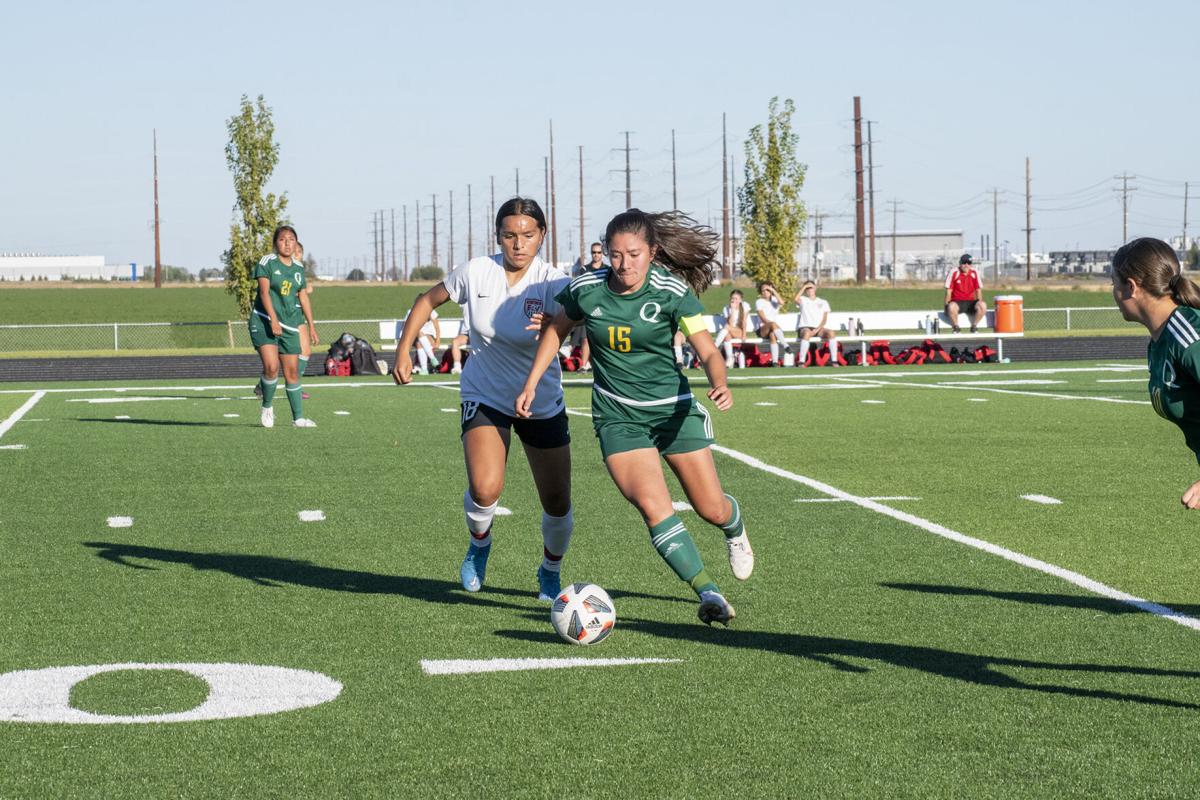 Karla Nunez (15) works the ball down field past an opponent. 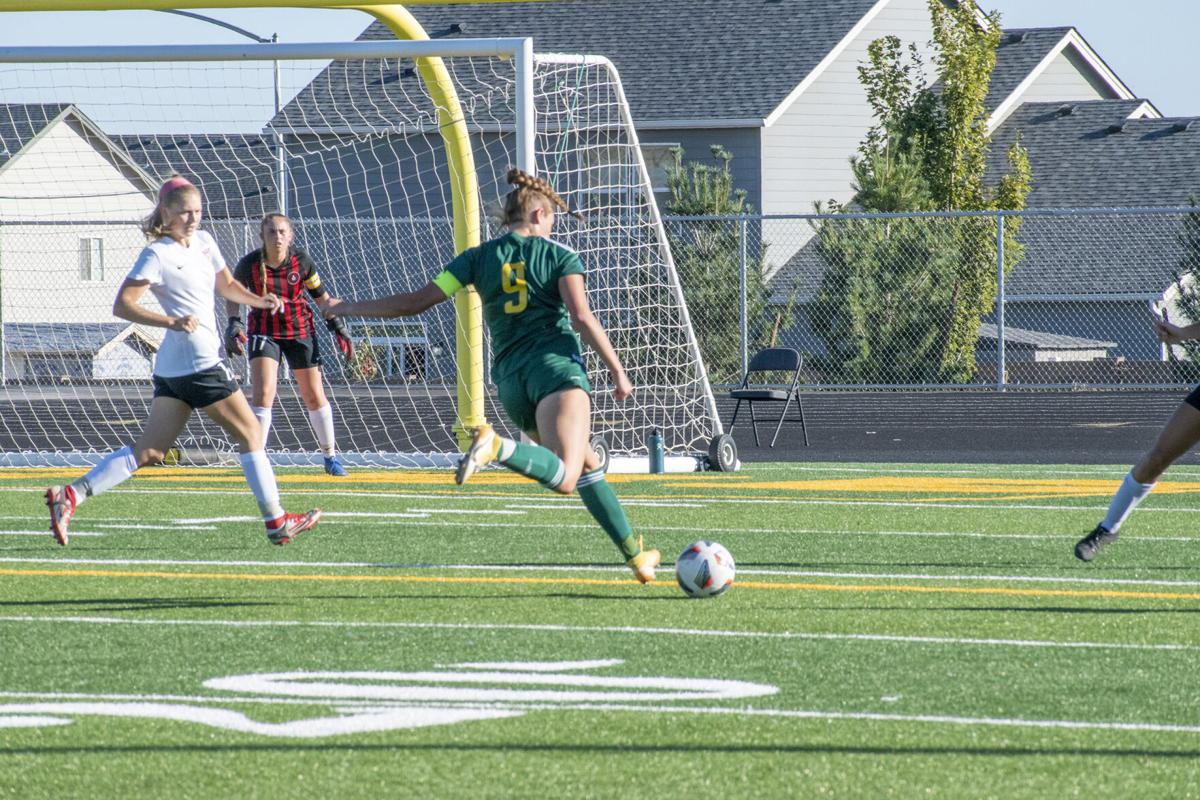 Karla Nunez (15) works the ball down field past an opponent.

The Lady Jacks soccer team had two home games this past week which added one win and one loss to their non-league record.

Sept. 23, the girls battled against East Valley (Yakima). While they put up a good fight, they eventually fell to the Red Devils by one, with a final score of 3-2.

The warm afternoon did not seem to attract a crowd for the match as only two to three dozen people sat in the stands.

East Valley took possession of the ball first with little to no resistance from the Lady Jacks. The game started out very slow and quiet as the teams sized each other up.

Midway through the first half, Senior Emily Wurl scored the first goal of the match with a shot from outside the box. East Valley took that as a challenge and scored their own goal two minutes later.

Tied at 1-1, East Valley almost took the lead with a goal but it did not count because the referees determined that a Red Devil player was offside.

The East Valley coach seemed frustrated and yelled to his players on the field: “Please stop allowing 10 yards of space between every green player, if you’re scared of them let me know,” he said at one point.

Quincy almost had their second goal with two minutes left in the second half when Wurl had a corner kick that freshman Adelina Perez bumped in. The referee voided the goal, calling a penalty kick in favor of Quincy due to a handball by Yakima. The Jacks could not capitalize and missed the kick.

Starting the second half off with a tie of 1-1, both teams had a renewed determination to win. Wurl got Quincy their second score with 32 minutes left in the half after an assist by sophomore Michelle Acevedo.

The Lady Jacks were able to fight off East Valley for another 10 minutes before the Red Devils managed to score, tying the game again at 2-2.

The Lady Jacks fought hard but East valley seemed to get the best of them and scored a third goal with six minutes left in the game.

“It’s just a really young team, lacking experience, and it really showed throughout the game. We had some good moments but it just really showed,” Head Coach Francisco Tafoya said. Of the nine varsity players that were not at the game, six of them were starters, Tafoya said. He said that overall he was pleased with the effort that he saw his players put in the game, especially the junior varsity players who stepped up and played in the match.

Five Quincy players who had not been able to participate in the game against East Valley were cleared for the match against Lakeside.

Lakeside scored the first goal of the game nine minutes in. About five minutes later Wurl got Quincy on the board.

With eight minutes left on the clock in the first half, Wurl scored another goal for the Lady Jacks. Six minutes later senior Sheridan Donovan followed suit putting the Lady Jacks in the lead at 3-1 at the half.

About ten minutes into the second half, Wurl did it again and scored for Quincy. At 4-1 the Lady Jacks seemed to have it in the bag. Lakeside, however, wasn’t ready to give up yet.

With 26 minutes left and 17 minutes left in the second half, Lakeside scored two more goals. While it was a valiant effort, it wasn’t quite enough to knock down the Lady Jacks.

Quincy took victory with a final score of 4-3.