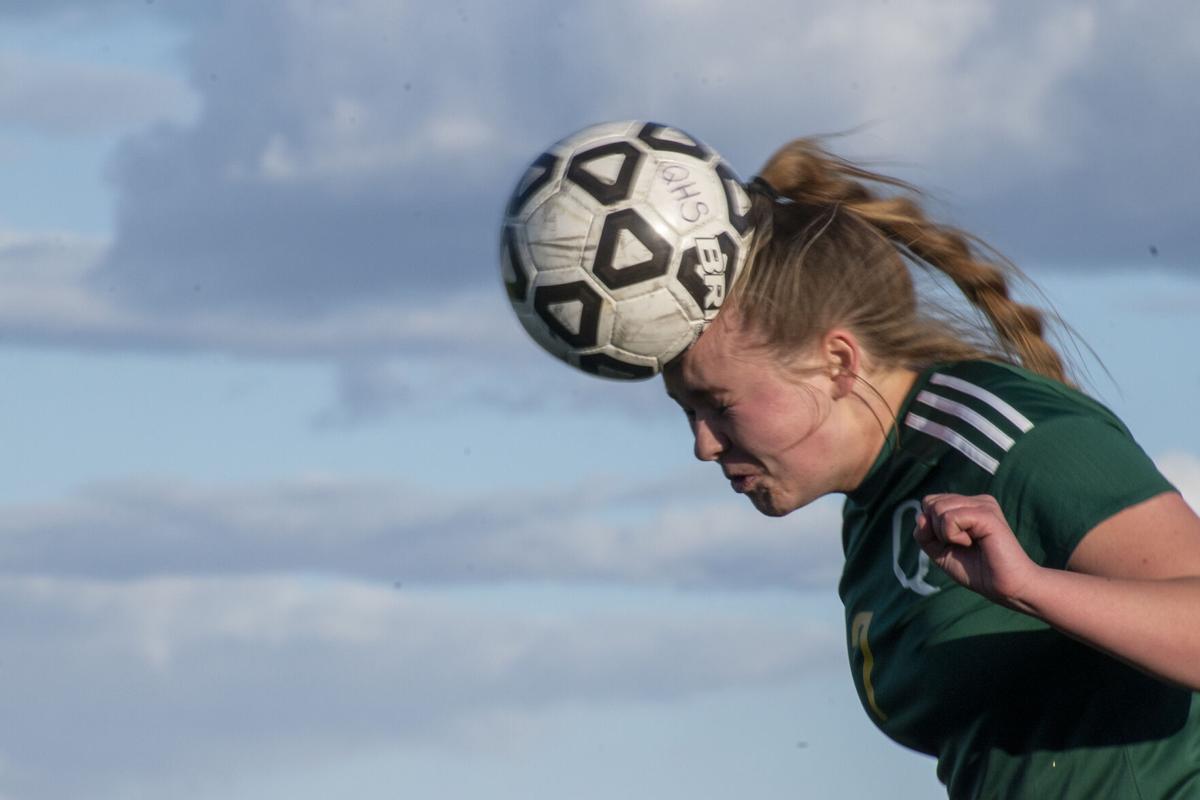 Sheridan Donovan bumps the soccer ball with her head. 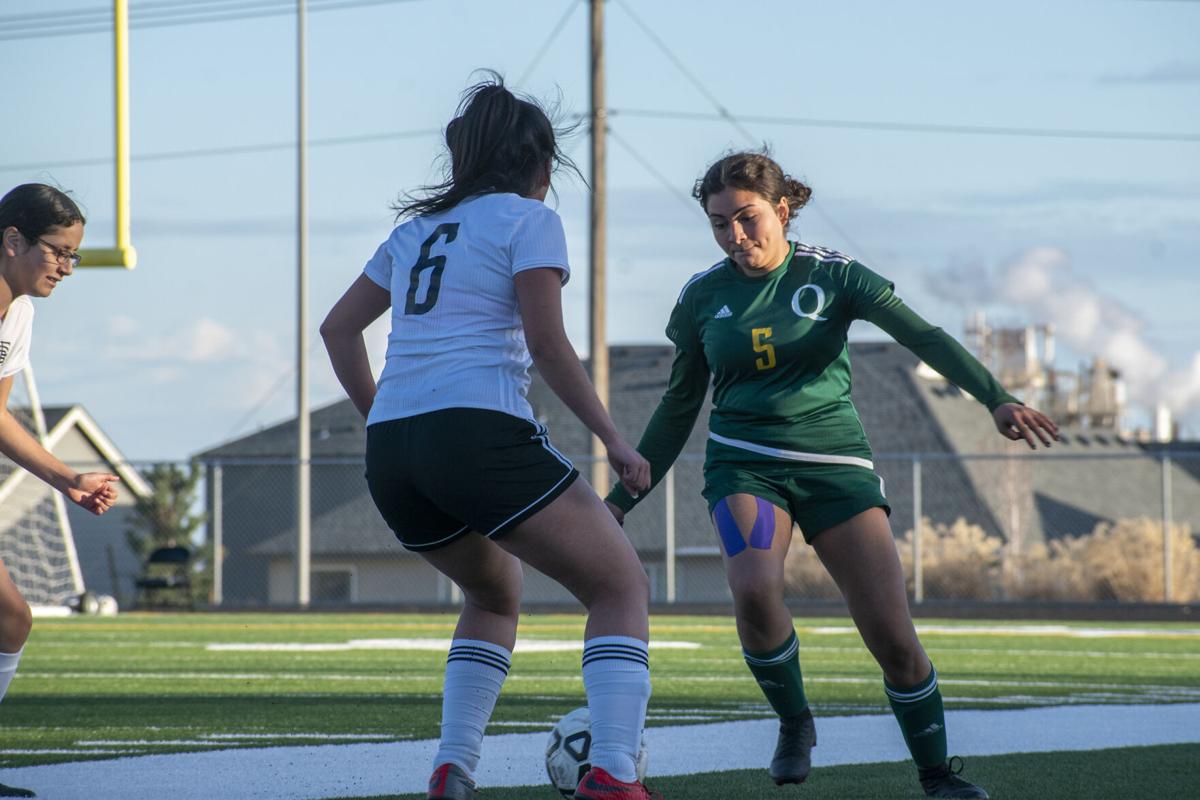 Sheridan Donovan bumps the soccer ball with her head.

The Lady Jacks Soccer team added two more victories to their total this past week, advancing their path to the league title. With the two victories, the Lady Jacks now have three consecutive wins.

Later in the week, the Lady Jacks scored another victory against Royal by a final score of 4-0. Royal’s Lady Knights put up a good fight but eventually succumbed to Quincy’s tough defense. While Quincy had numerous near misses in the goal box, they scored four goals in the game. Two goals came in the first half; the first coming from junior Emily Wurl, assisted by junior Sheridan Donovan. The second goal by senior Klaritssa Cruz was scored with two minutes left in the first half.

During the second half, Donovan scored the other two goals, leading Quincy to win 4-0.

Their current conference standing is 3-0 and 7-2 overall record.

Their final match is at home against Cascade on April 1 at 5 p.m.