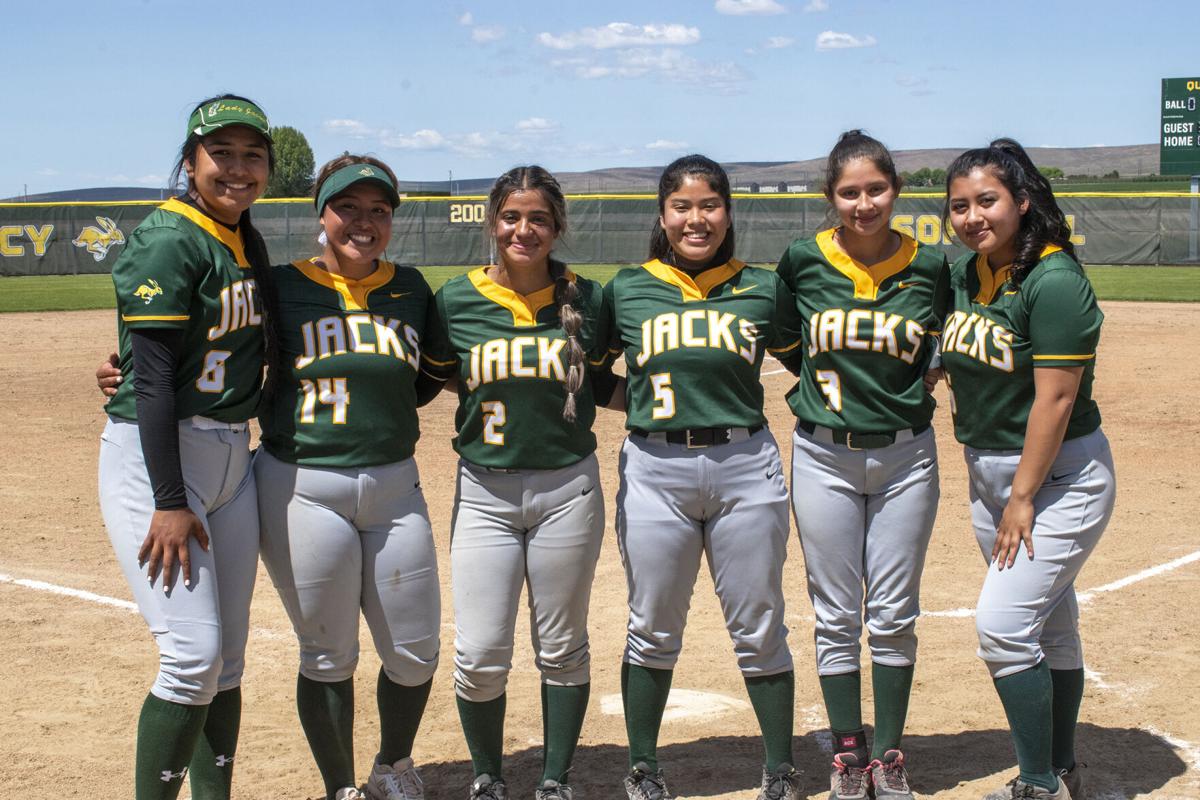 The Lady Jacks had six seniors who got to play on the new field for the first time this year. 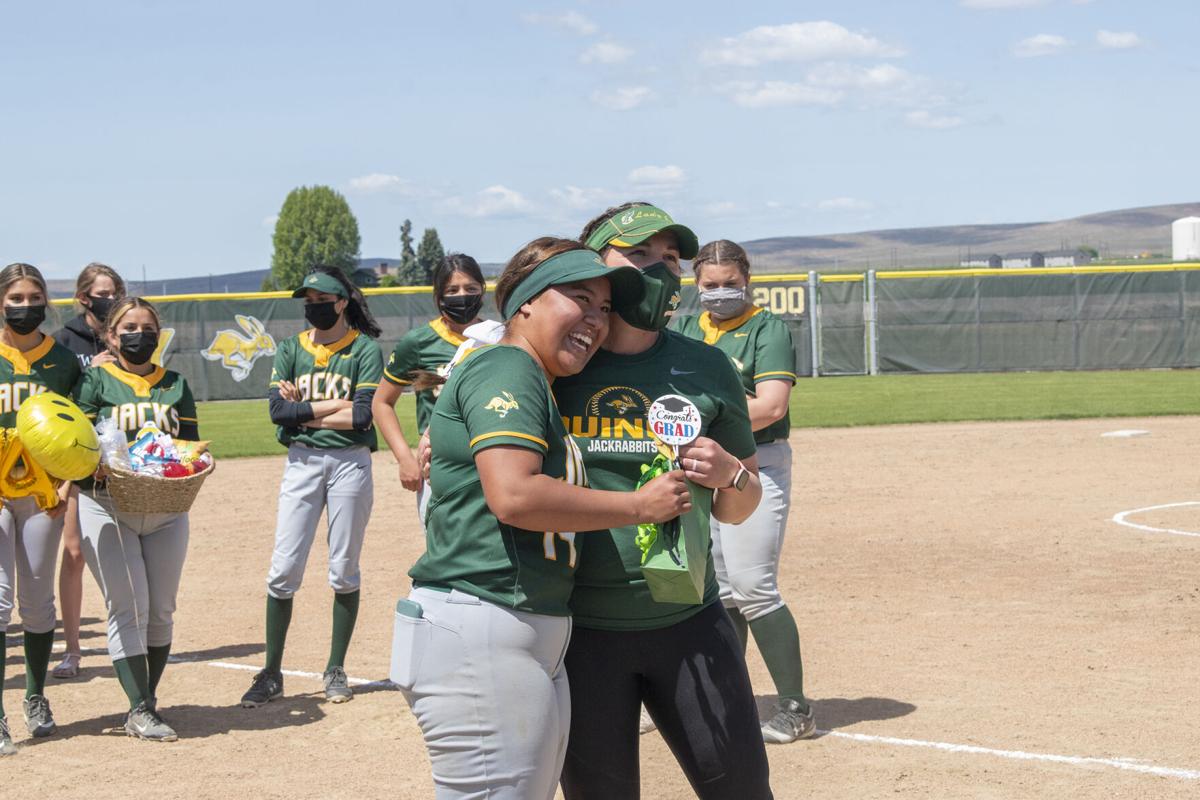 Pauline Baughman hugs one of the seniors at the senior recognition. 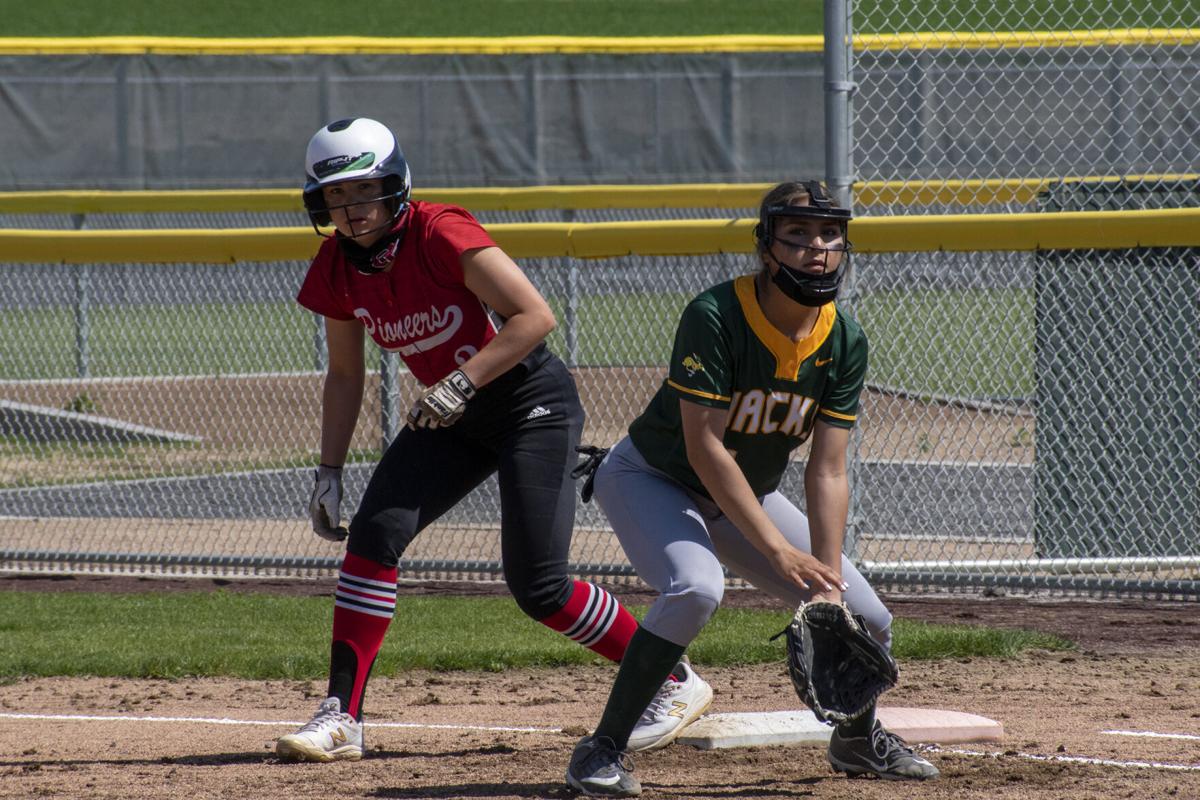 An Omak player prepares to run to second base.

The Lady Jacks had six seniors who got to play on the new field for the first time this year.

Pauline Baughman hugs one of the seniors at the senior recognition.

An Omak player prepares to run to second base.

The Lady Jacks closed their season with a doubleheader against Omak on May 15. They lost both games, bringing their season record to 2-5 and overall record to 4-8.

“When we started our season on April 5th, we were ready to kick it into high gear to make up for lost time,” Head Coach Pauline Baughman said. “With only six days of practice, our Lady Jacks softball team hit the road to Chelan. Not knowing exactly what our team would be capable of as we took the field for the first time in over a year, I was astonished at the ability of these young ladies and their ability to take the individual skills they learned in their short practice time and come together as a team for the first win of the season.”

Baughman explained that due to COVID-19, the Lady Jacks missed out on the opportunity to break in the new softball field last year. On April 16, the team took their first two wins on the new field at their first home game. “This was a memory worth waiting for,” Baughman said.

At their final game of the season, which was also a home match, the Lady Jacks celebrated senior night. The team had six seniors this year. They are Mia Ramirez, Karla Madera, Vanesa Castillo, Maria Elias, Anahi Rodriguez and Jasmine Quintero.

“Throughout the season these young ladies celebrated victories, cheered teammates on through difficult times and put pressure on us daily to continue to grow throughout our season,” Baughman said. “Karla, and Jasmine assisted in the ability of our outfielders to be able to compete against tough hitting teams such as Omak, Cascade and Cashmere. Maria and Anahi both battled it out at the hot corner of third base for each game. Vanessa used her strong defensive skills to play the middle infield positions depending upon if Mia or Emilee Linscott was pitching. Mia led her team on the pitching mound just as she had done each year since she joined our program as a freshman. Pitchers are such a valuable asset to the team and really allow us to keep the pace within the league.”

Baughman explained that every team member played a crucial role in their program. “Each young lady on our team made me proud as they helped us to build our program, achieve what we could and also came together as a softball family. This family also included Mike Benedict and Kalysta Alvarez, who came out daily to coach our athletes throughout the entire season,” Baughman said.