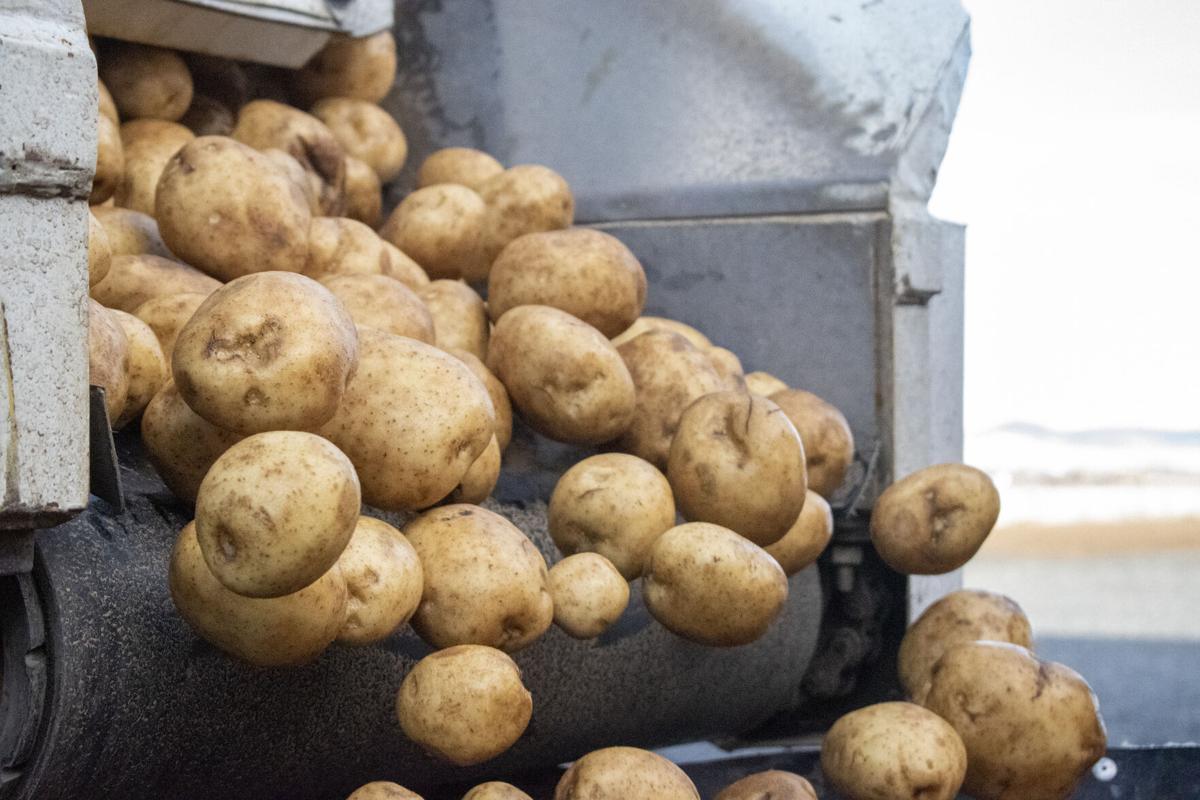 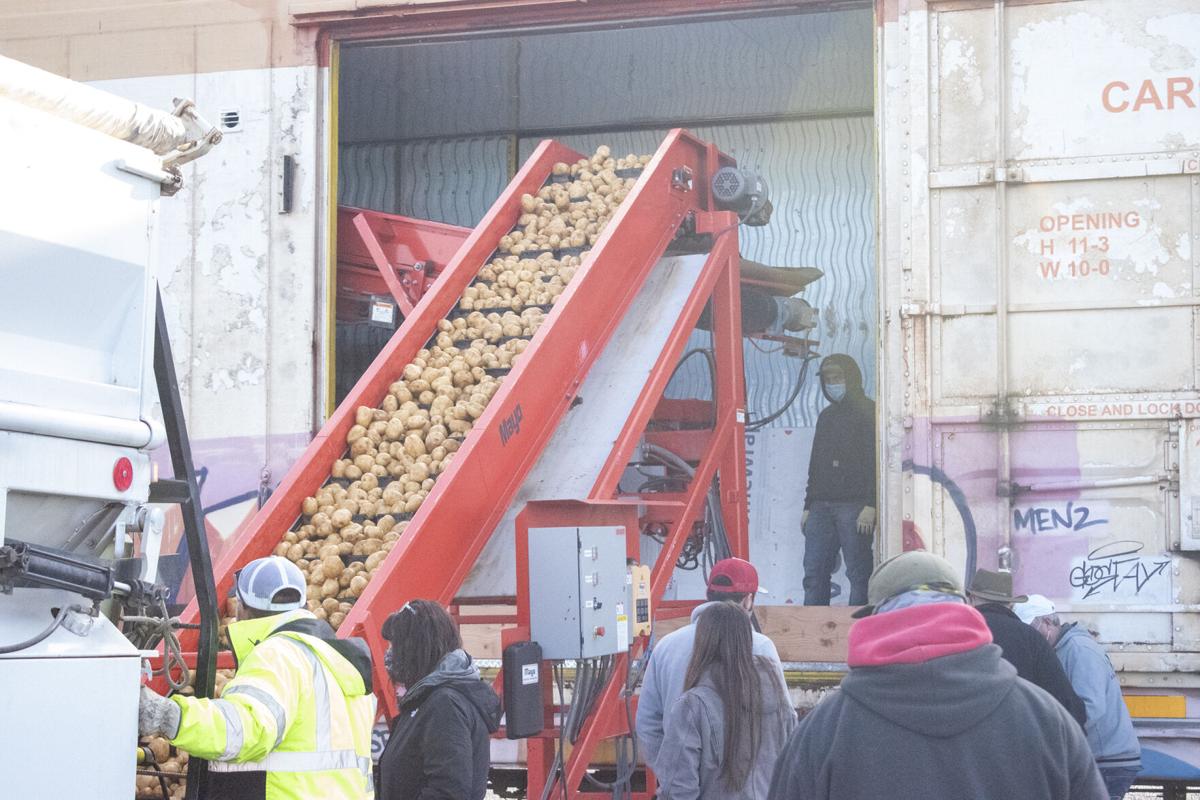 Potatoes can be seen being loaded into the refridgerated railcar that would be headed to Perry, Ga. 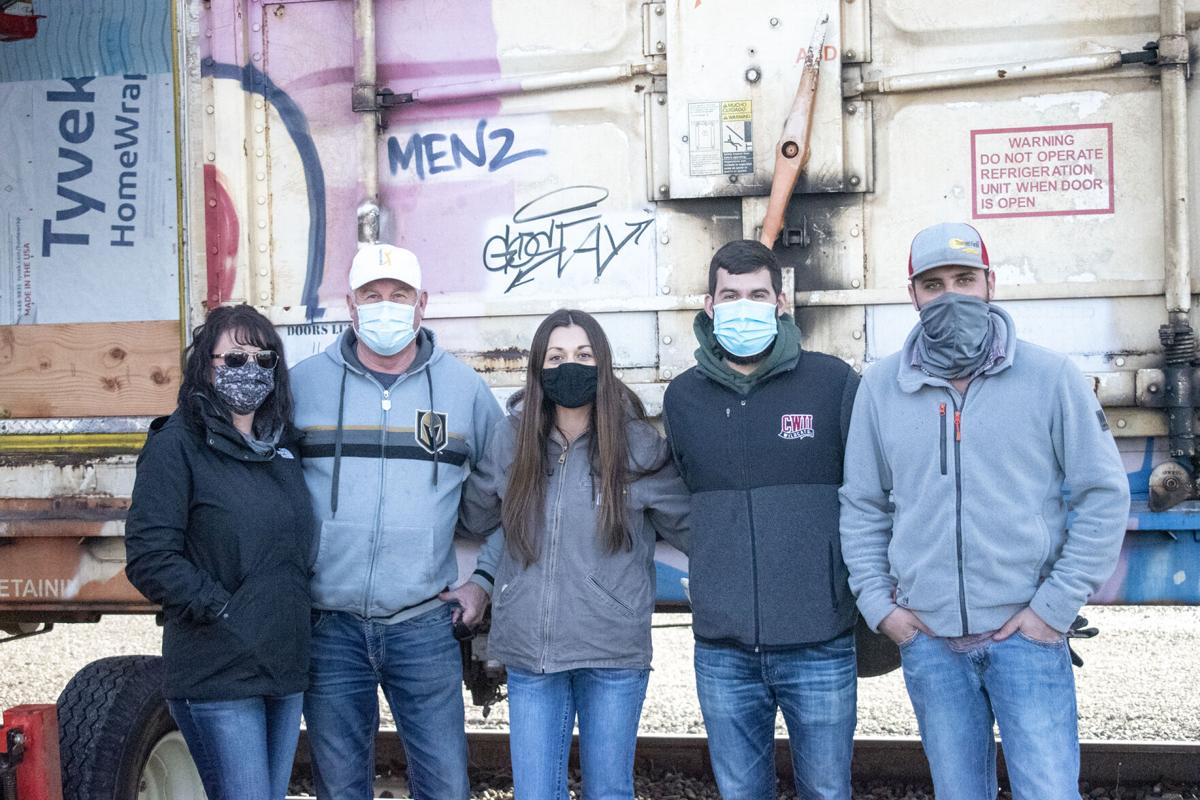 From left to right, General Manager Rhonda Kleyn, Partner Kevin Thaemert, Ashley Thaemert, Ryan Burck and Jason Thaemert. Ashley, Ryan and Jason are active in the family business with hopes to someday take it over and continue the legacy.

Potatoes can be seen being loaded into the refridgerated railcar that would be headed to Perry, Ga.

From left to right, General Manager Rhonda Kleyn, Partner Kevin Thaemert, Ashley Thaemert, Ryan Burck and Jason Thaemert. Ashley, Ryan and Jason are active in the family business with hopes to someday take it over and continue the legacy.

Dec. 17 was the first, of what hopes to be, many shipments of potatoes from Quincy to a Frito-Lay facility in Perry, Ga.

Thaemert Farms, a Quincy area potato farm, has been working with Frito-Lay since 1983. Normally they send potatoes by semi truck to Frito-Lay’s Vancouver, Wash. facility. Recently, however, Frito-Lay reached out to organize one shipment of potatoes to go by railcar to Georgia. This is a trial run to see if it could be implemented in the future.

It will take 17 days for the potatoes to travel from Quincy to its final destination in Georgia. The railcar is completely temperature controlled in order to keep the potatoes from going bad along the journey. The railcar will be kept around 52 degrees Fahrenheit.

The railcar will hold 90 tons of potatoes, which is 180,000 pounds. It takes three pounds of potatoes to make one pound of potato chips.

The idea behind this trial run is that it is more cost effective to ship by railcar and more can be sent at one time than by truck.

Pat Connelly, commissioner for the Port of Quincy District #2, was at the loading of the shipment and said that this trial run is a great opportunity for Thaemert Farms and Quincy.

All of Thaemert Farms’ potatoes are grown in the Quincy Valley. 2,700 acres are owned by Thaemert Farms and 1,300 acres are contracted out. They are the only potato growers in Grant County who contract with Frito-Lay.

Thaemert Farms was started in 1961 after Cleo and Rita Thaemert moved their family to Quincy from Idaho. They originally worked with Nalley’s Fine Foods before contracting with Frito-Lay in 1983. In 2010, they added a partnership with Kettle Brand out of Salem, OR.

Brothers Todd and Kevin Thaemert currently partner in the business but the up-and-coming generation is active in helping and preparing to take over. Another brother, Greg, is in charge of quality control. The three main people involved in the transition of the business are Todd’s children: Jason and Ashley Thaemert, and Kevin’s son-in-law Ryan Burck.

Kevin Thaemert emphasized how there were many people involved in keeping the business running smoothly and said, “we couldn’t do it without their hard work and dedication, especially in a time like this.”