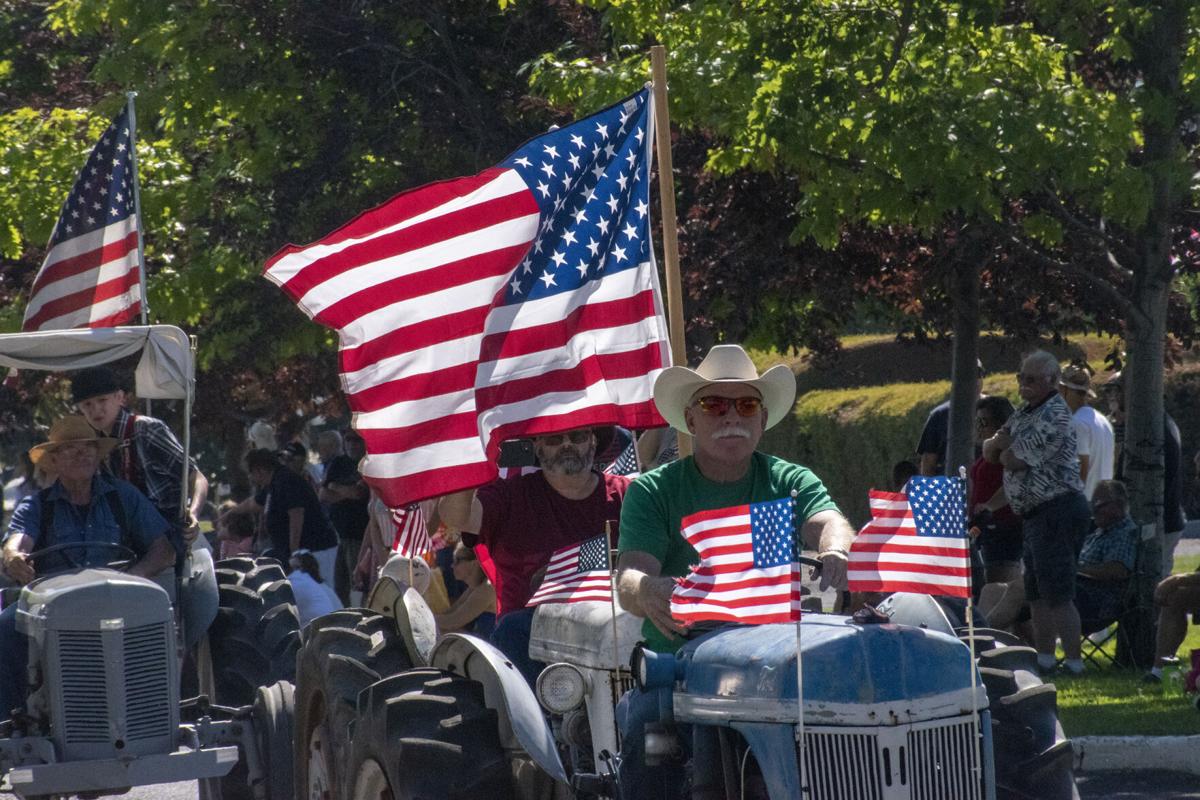 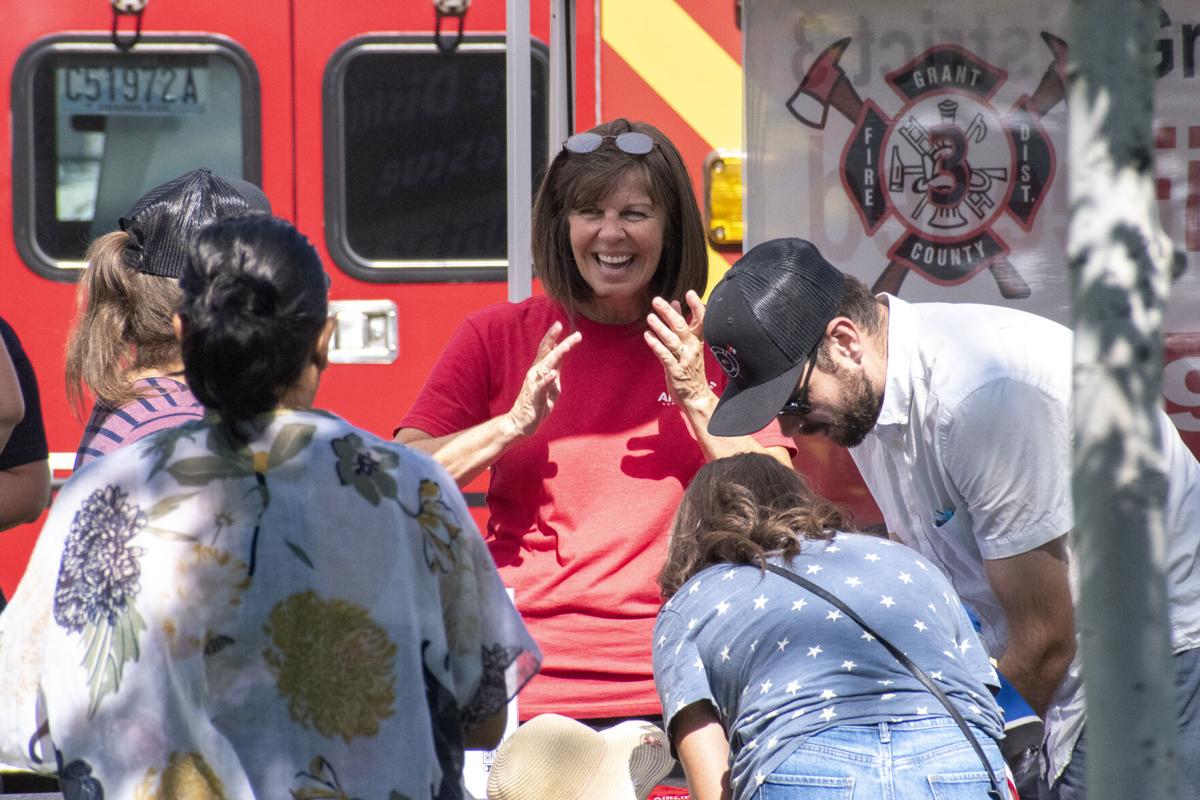 People at the event chatted with vendors and enjoyed the shade of the park during the warm afternoon.

People at the event chatted with vendors and enjoyed the shade of the park during the warm afternoon.

The Fourth of July at George was bustling with people there to enjoy the full extent of the town’s annual event.

The festivities kicked off Sunday morning with the Cherry Bomb Run. This year the only option was a two-mile run through George that started on Montmorency Boulevard and turned south onto Washington Way before looping back to Montmorency from the Frontage Road direction.

At 9:30 a.m. people lined the street as Grant County Fire District #3, vintage cars and a lot of tractors made the parade loop along Montmorency.

After the parade, the park filled with people. Vendors sold carvings, hats, sunglasses, metal signs, and of course, food.

The event included a patriotic program that featured a reenactment of the shot heard around the world.

Aaron Harwood was presented on stage with a certificate for being selected as George’s 2021 Citizen of the Year. He also got to ride in the parade.

Airlift Northwest even landed in the field next to the park and showed the community their helicopter.

Darnell Scott had to cancel his performance after the sound system failed at the event.

The Fourth at George was also the perfect time to show off the newly painted “Welcome to George” sign. The Georgettes made the decision that the sign needed to be spruced up. Debby Kooy, Event Director of the George Community Hall, had been a part of creating the original design about 20 years ago. Kooy and MaryLou Krautscheid took on the task to re-paint the sign with a new coat. Tony Stadelman helped with extra framework to ensure the sign would last for many more years to come. Kooy mentioned that the repainting would have been a lot harder had it not been for Eric Erickson of Erickson Tank and Pump who loaned a Genie manlift for them to be able to paint the sign.

“Overall I’d give it a pretty good score,” Debby Kooy said of the event this year.