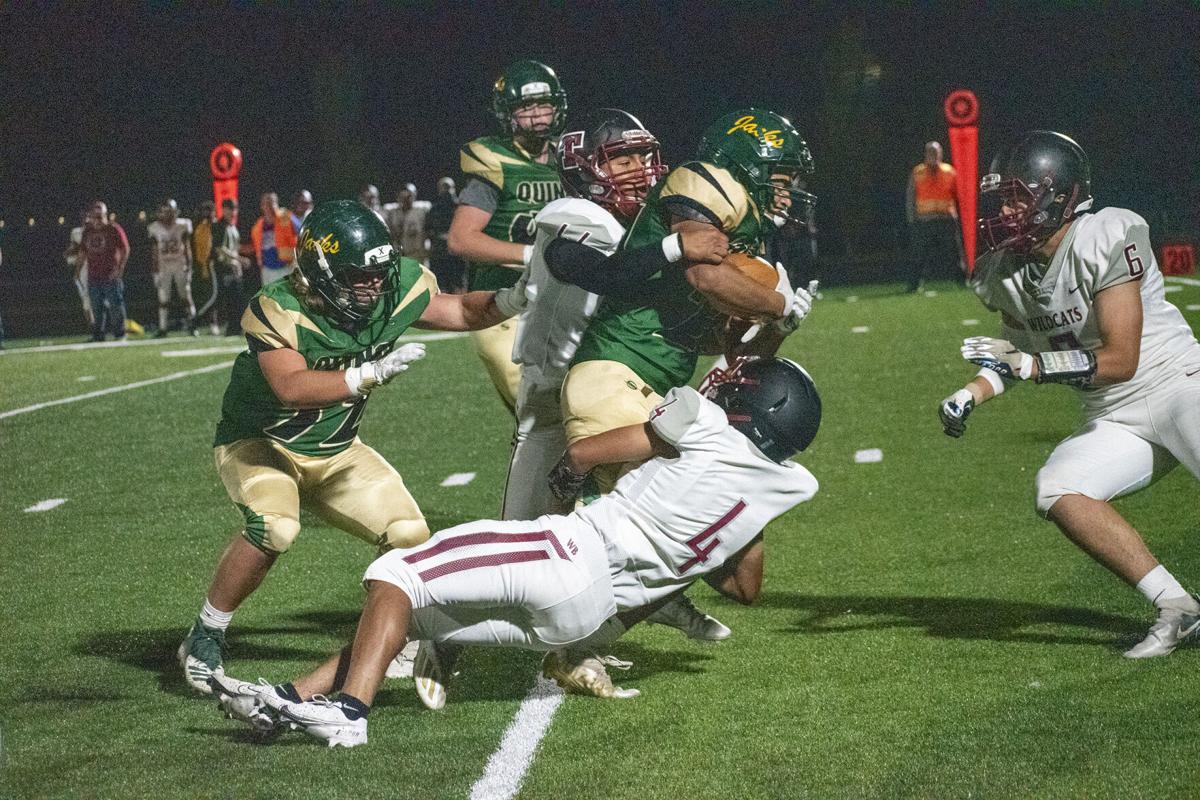 Sergio Cordova (24) pushes through as opponents attempt to take him down. 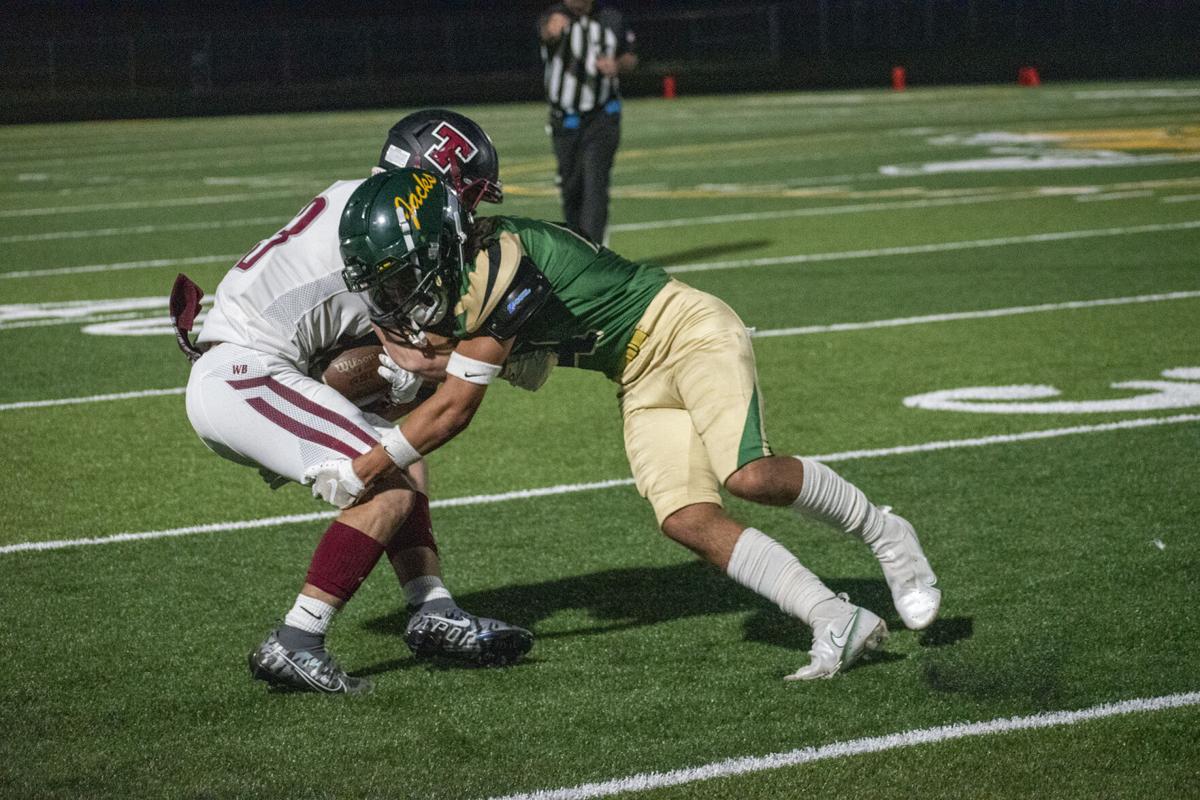 Sergio Cordova (24) pushes through as opponents attempt to take him down.

A Toppenish football team that had been stomping on its opponents left and right found itself feeling fortunate to escape with a 21-13 victory over a Quincy squad that played its best all-around game of the season so far.

The Jacks (0-3, 0-0 in league) could well have won this game and now head into their Caribou Trail League opener against Cashmere on Oct. 1 with a strong feeling of confidence in their ability to hang with the rest of the CTL.

“We told (the team), one of these nights, things are going to go our way,” Quincy head coach Greg McMillan said after the game. “And we don’t know when it is, and how it’s going to happen, and tonight, all the kids stepped up, and they did it all night.”

The Wildcats landed in Quincy having outscored their opponents 121-27, and some in the stands and along the sidelines feared that the Jacks were in for some of the same, especially after the Wildcats jumped to a 9-0 lead a couple of minutes into the second quarter thanks to a 17-yard touchdown catch by Jason Grant and a field goal.

Instead, the Jacks answered the bell, going 75 yards in less than two minutes. Starting at their own 33, Kenny Thompson carried it to the Jacks’ 42 for a gain of nine yards. A penalty on Toppenish and an incomplete pass later, Sergio Cordova found the end zone thanks to a 54-yard run with 8:36 left. The Cordova score served to snap a nine-quarter scoreless streak for the Jacks, who had had a touchdown called back in their previous two games, both shutout losses.

The Wildcats punched back thanks to a quarterback keeper by Joshua Perez with 2:31 left in the half, but for the second time in as many touchdown drives, the Wildcats misfired at the end, missing an extra point attempt.

Down 15-7, the Jacks had a good opportunity to go into halftime down only by a point or even tied, but Kiyanno Zúñiga intercepted a Quincy pass near the Toppenish 16-yard line with 22 seconds to go before halftime.

The one-touchdown gap at the half already felt like a big improvement over the past two games, but the Jacks weren’t done. Putting together a stellar drive, they started the second half at their own 26. Eating up almost eight minutes of the third-quarter clock, and aided by some gritty runs by Cordova and Thompson and smart quarterback play by Andrew Townsend, they got the ball to within a half yard of the end zone on fourth-and goal with 4:21 left. That’s when Gavin Longwill poked through for the second Jack TD of the night. Their two-point attempt went south, but the Jacks were right back in it, down 15-13 in the third quarter.

Toppenish had time for one last drive in the third quarter, but they did not get past the Quincy 19-yard line. In the fourth quarter, Quincy had no better luck, and in the only big mishap of the night for the Jacks, the Wildcats blocked their punt and took the ball to the Quincy 20. Two plays later, they were in the end zone. They missed again at the end, trying to go for two this time but the damage was done.

After one more drive by the tiring, short-handed Jacks that stalled at their own 37, Toppenish had only to run out the clock in order to collect their fourth victory of the season. On first down and 10 from the Quincy 39, their pass fell incomplete and was almost picked off by the Jacks, but that’s where the suspense ended.

“I asked the team if they felt better than after Ephrata and Okanogan,” McMillan said of his postgame chat. “And you could see the confidence in their eyes.”

Cordova led all Quincy rushers with 11 carries for 158 yards. Townsend passed for 66 yards, on a 3-of-9 night.

On defense, David Medina had eight tackles, followed by Cordova’s seven and Jackson Yeates with five.

Next up for the Jacks is their league opener against Cashmere on Oct. 1 at the Bulldogs’ home field. Kickoff is at 7 p.m, and confidence is growing.

“We are like a brand-new team,” the Jacks’ Luis Serrano said.