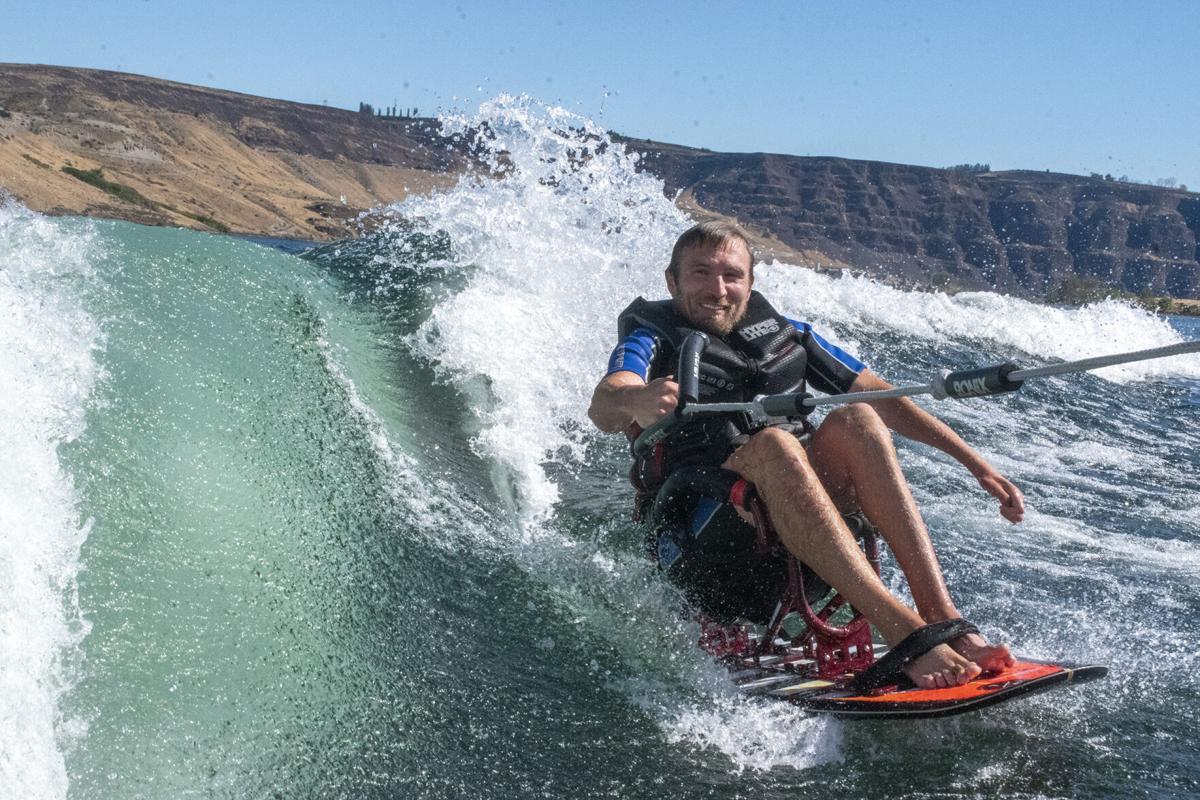 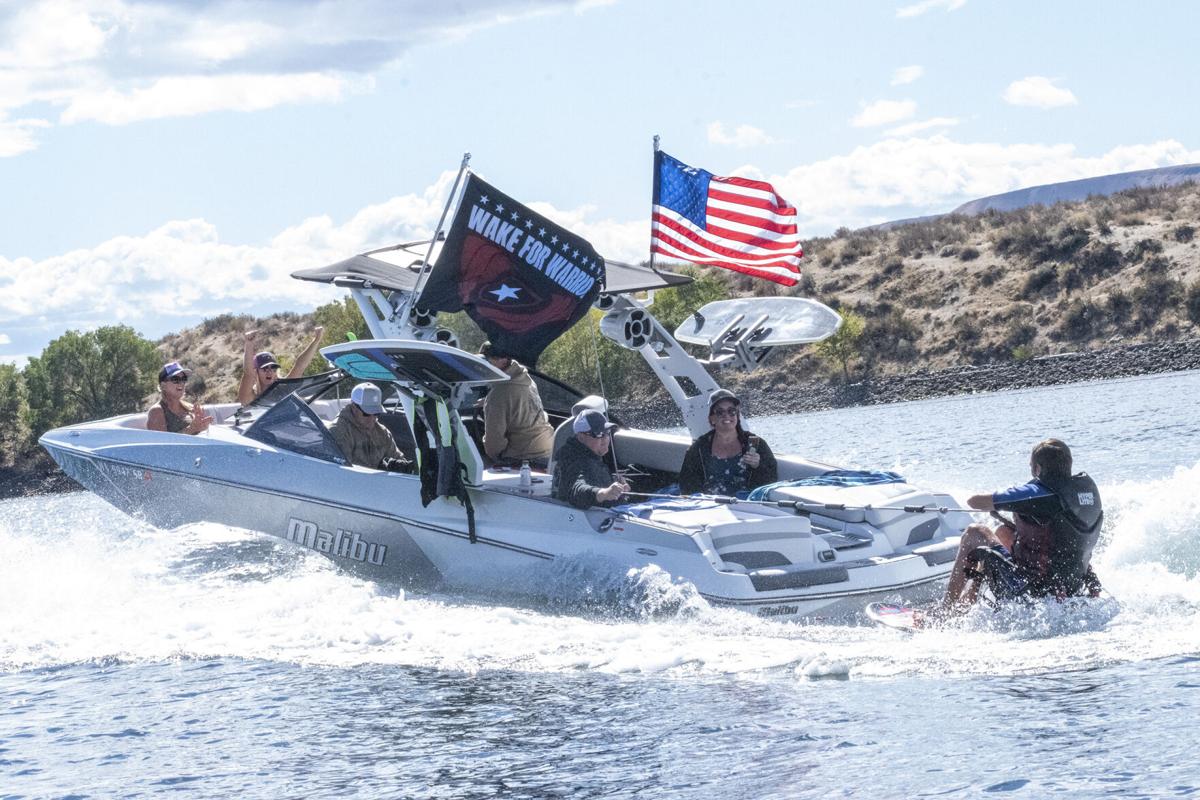 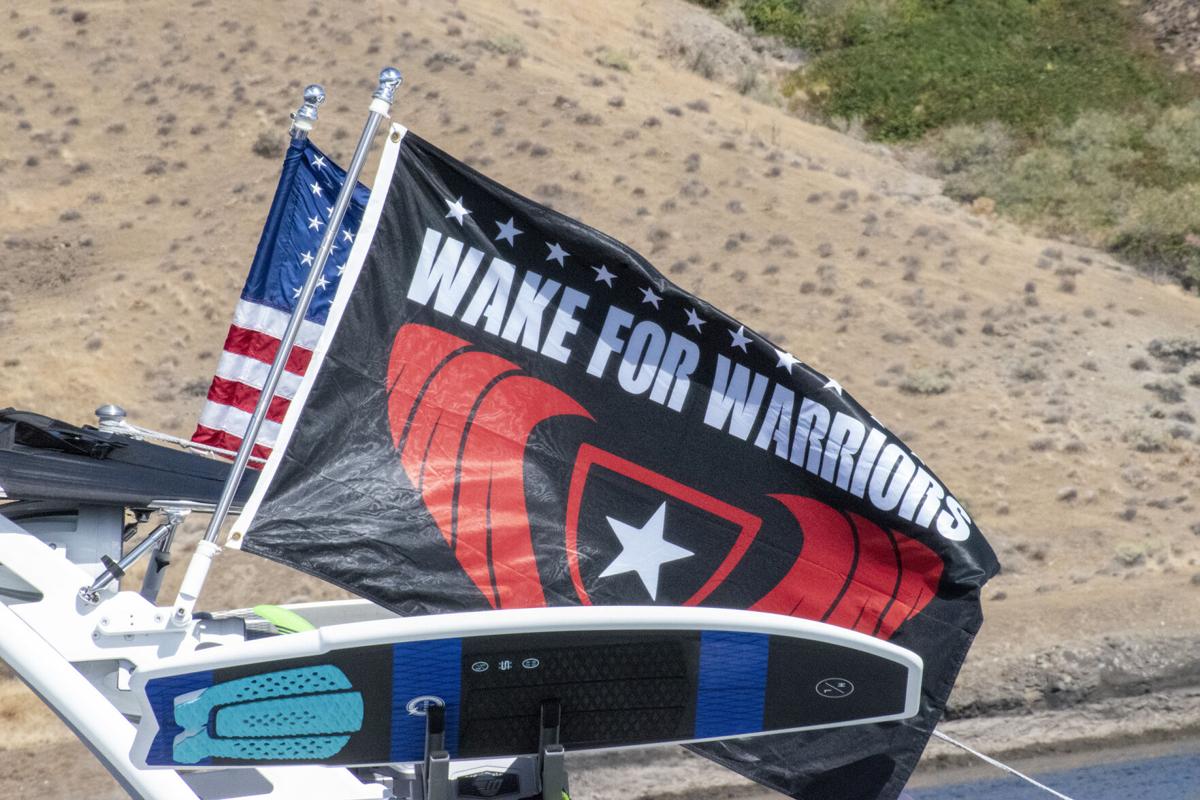 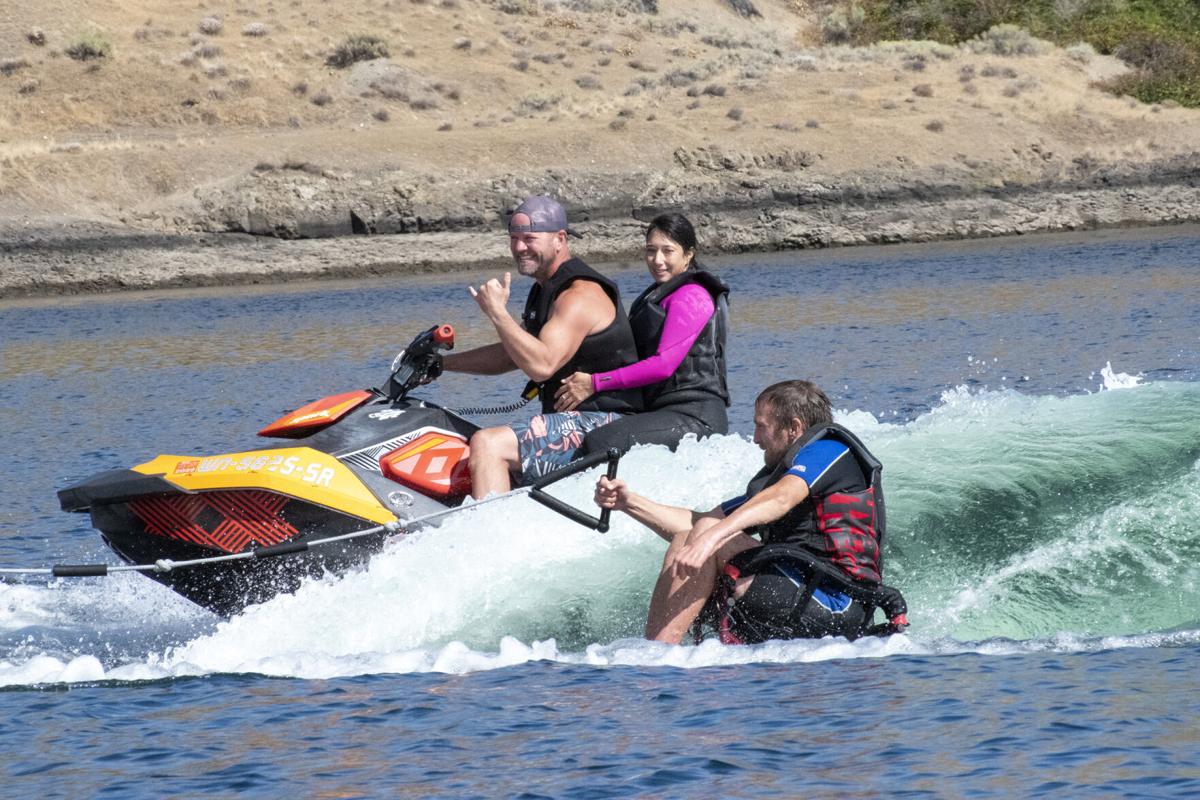 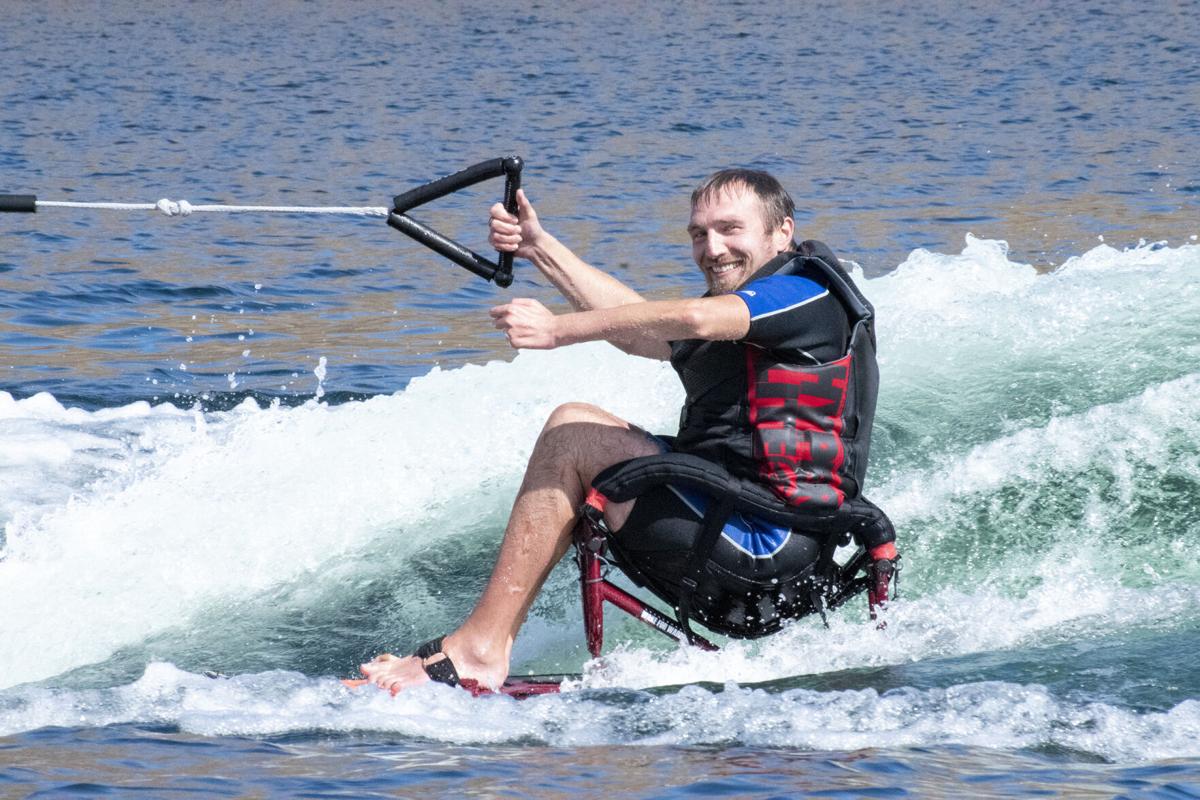 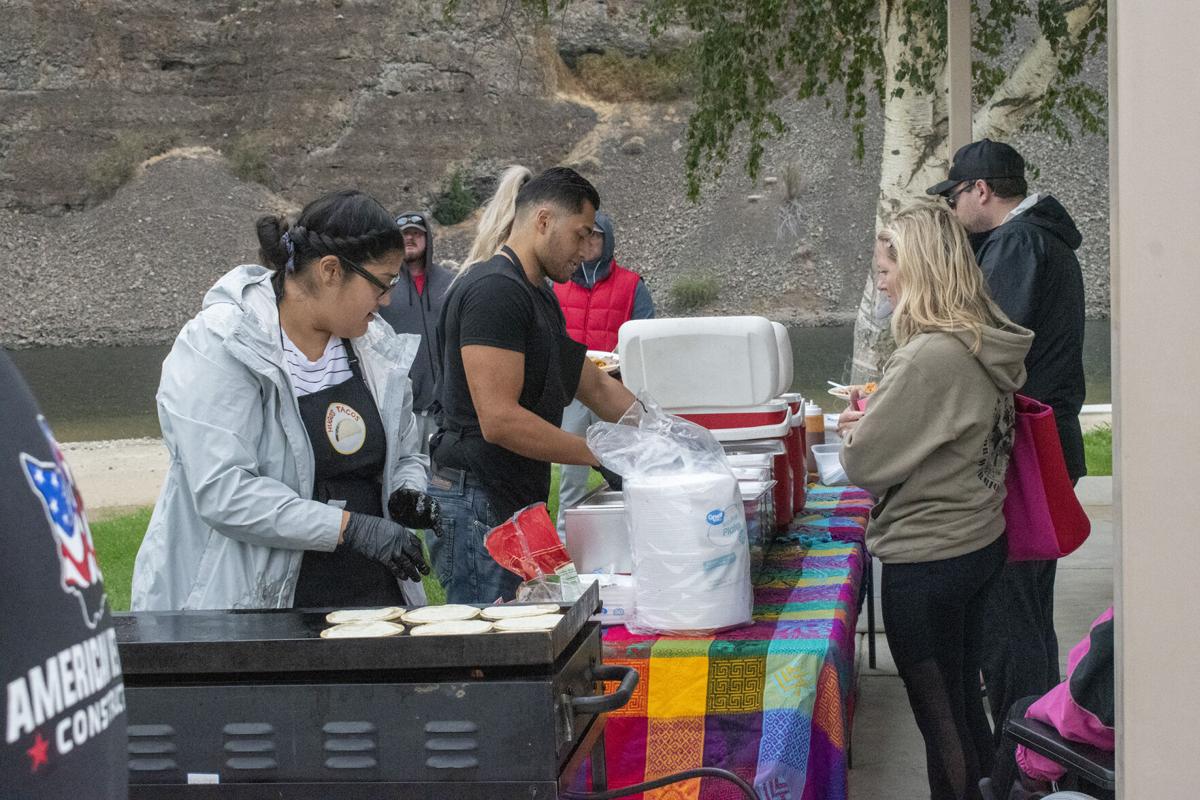 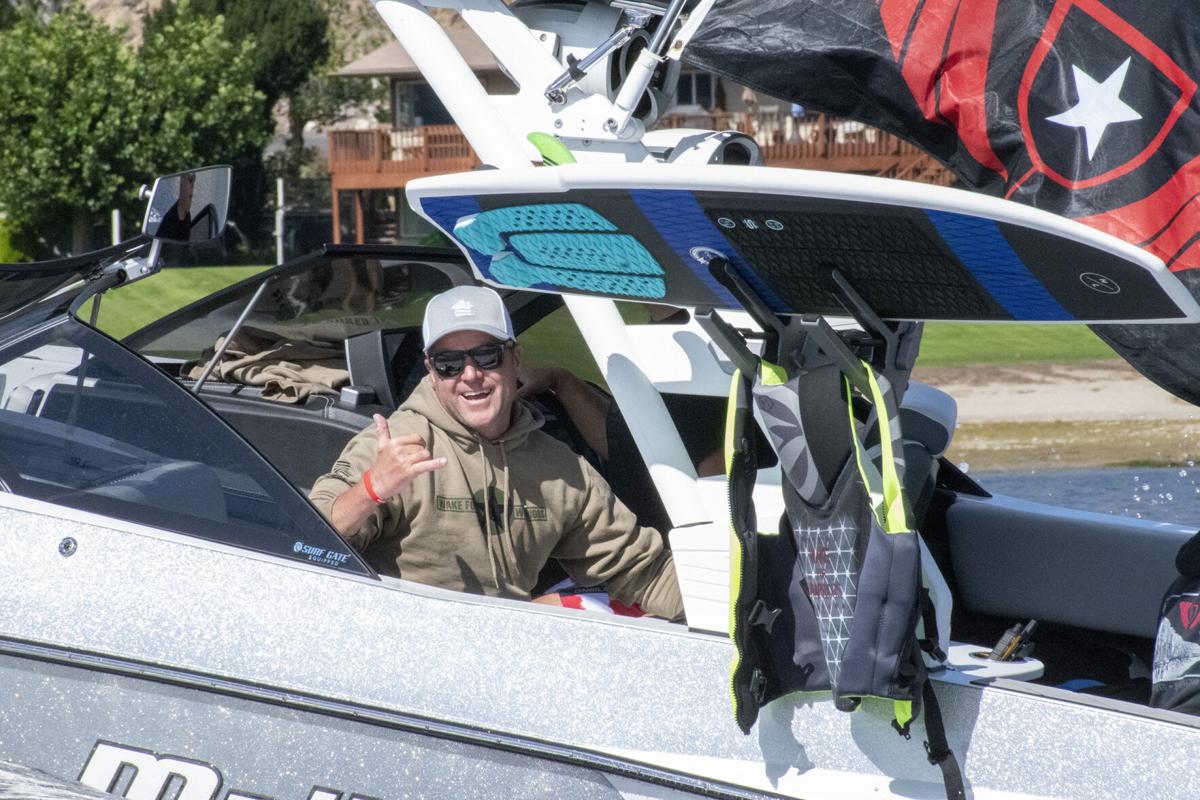 Despite the subpar weather on Friday and Saturday, participants in the Crescent Bar Wake for Warriors did not let that keep them from catching some waves along the Columbia River.

The three-day event on Sept. 17-19 hosted about 25 veterans plus their families. This is the third year that it has taken place at Crescent Bar and the fourth season that Wake for Warriors has been active in the Pacific Northwest. Wake for Warriors gathers military veterans and their families to wakeboard or wake surf, meet other veterans, enjoy each other’s company and get their minds off the struggles they share as veterans. Many of the veterans participating in the events have a disability. Some lost limbs, have limited motor function or suffer from post-traumatic stress disorder.

Not all Wake for Warriors gatherings last three days like the one at Crescent Bar, some just last a day, depending on the location and funding. All of them are free for veterans and their families. Support from local businesses and community members help support the nonprofit to include more people in the gatherings, Knight said.

Wake for Warriors does not own any boats in the Pacific Northwest so they rely on volunteers to get participants on the water. This means they base their participant capacity on the number of boats they can get.

To help veterans with disabilities that make it difficult for them to stand, Wake for Warriors provided boards with seats on top, which allow almost any veteran to participate in water recreation.

Veteran Patrick Edlin used the special board at Crescent Bar this weekend.

Edlin and his girlfriend, Patricia Mallett, said that they have enjoyed coming to the Crescent Bar Wake for Warriors because the people are always so welcoming. The two drive all the way from Bellingham to participate each year. Edlin said he never thought he would ever be able to do water sports again due to his disability.

The shirts and sweatshirts custom made for the Crescent Bar event feature Edlin on the back while wake surfing. It also sports the phrase “one more time”, a phrase Edlin is known for, especially when on the water during Wake for Warriors. Every time he washes out, he tells the people on the boat he wants to go “one more time.”

Neal Weatherhead became involved with Wake for Warriors in 2018 during his medical retirement. He served 11 years with the Army and retired from Joint Base Lewis-McChord, nine miles south of Tacoma.

He said that while he was being medically retired, he was looking for his next mission in life and knew he wanted to work in veteran outreach programs. “I wanted to fight for my brothers and sisters that are struggling,” Weatherhead said. After participating in Wake for Warriors on the west side of Washington, he knew that Wake for Warriors was one of the veteran outreach programs he wanted to be a part of. He now helps with five to six different programs.

Weatherhead said that participating in Wake for Warriors brings him peace and he enjoys reconnecting with veterans and sharing stories there. He said it was a welcoming community and safe space for veterans who attend.

For more information visit https://www.wakeforwarriors.org/. The website has links to future events, merchandise and to donate to the nonprofit. If anyone would like to support future Wake for Warrior gatherings at Crescent Bar, contact Gerry Fierling at gfierling@confluent.io.