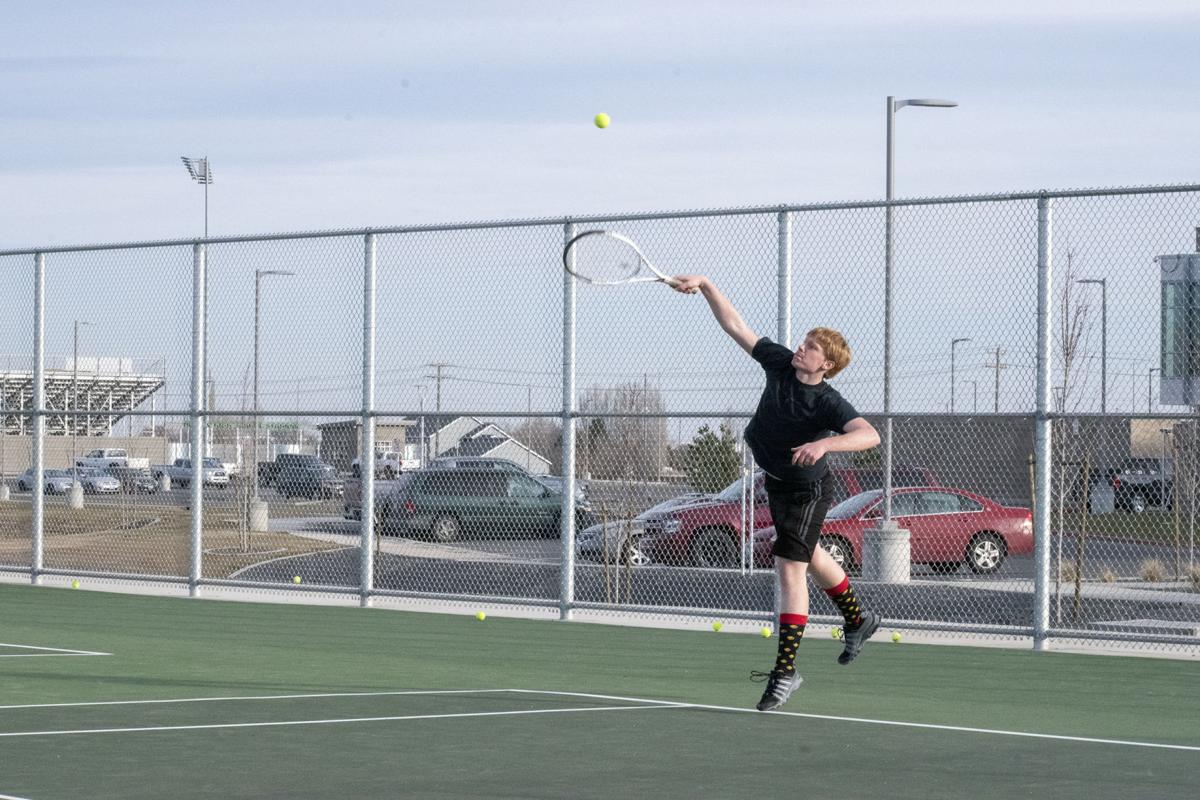 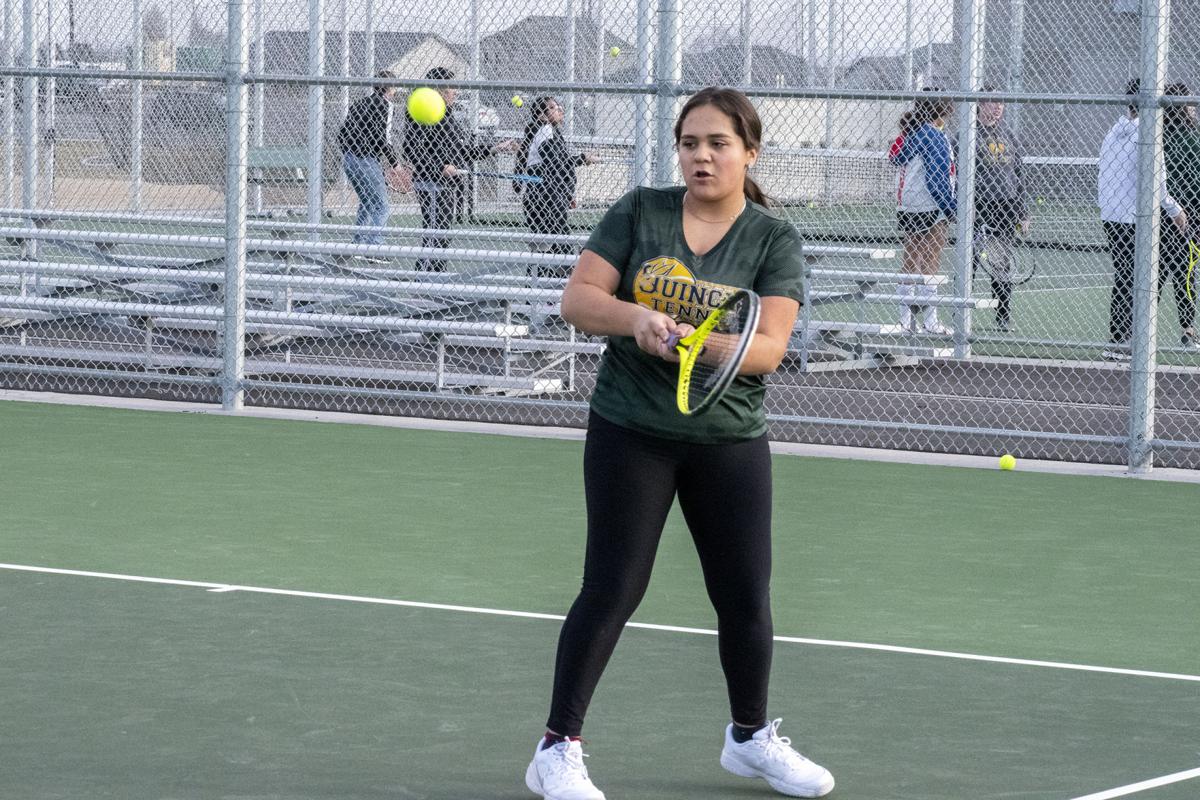 Junior Samahara Aguilar returns a serve during practice on March 5.

Junior Samahara Aguilar returns a serve during practice on March 5.

For the Jacks boys and girls tennis teams, if you want a varsity position, you have to earn it.

At least that’s how boys Head Coach Matt See runs the first week of practice. Along with practicing fundamentals, See and girls Head Coach Mike Mills run a singles double-elimination tournament for the boys and girls throughout the week.

“This is just kind of the way that makes it fair,” See said. “You want to be one of the top kids, well, win this.”

The winners of the tournaments aren’t locked into singles play for the season, See said. If they prefer, they may choose to play doubles with a partner. For varsity matches, each team only carries two singles players and six doubles players, for a total of five matches. After the singles tournament wraps up, See starts a doubles tournament as well.

About 21 boys turned out for the team this season and 30 girls, both are similar turnouts as last season, Mills and See said.

Senior Efrem Roseburg is returning as a state qualifier from last season, while the girls are starting somewhat fresh. A few of the girls varsity players are back, but the team lost a large group of seniors from last year, Mills said

For both teams, the goal is to compete and win the league title, and of course, beat Ephrata. See expects that a few boys will qualify for the regional or state tournament this season.

“State’s kind of become a normal for us… a few kids are going. I hope we can continue that,” See said.

Regardless of where the team ends up or who qualifies, the coaches are focused on attitude, focus and effort, more than anything, See said.

“In a tennis match, you can control those things, it doesn’t matter who you’re playing,” he said. “I want them to win, but if they lose, the main thing is they come off and they know they had a good attitude, they had good sportsmanship, they had good effort and they had good focus.”

Quincy shows support to other schools in Caribou Trail League

Recreation department asks large groups not to gather in parks